It's interesting, ask a strength coach what a good bench press is for a 200 pound male and chances are you'll get a reasonable answer. Maybe everyone won't be in agreement, but surely they'll all have an opinion.

Now, try asking a reputable strength coach what constitutes superior single-leg strength or first-class vertical pulling strength. Good luck finding the same level of agreement, if you get an answer at all. It might seem like you just asked a youngster about foreign trade. "Say what?"

Last spring and summer, I set out on a mission to answer both questions. What are the limits of single-leg and upper back strength? If you're going to train, you need a goal. If we're going to train for strength, we need to know what strong actually is. 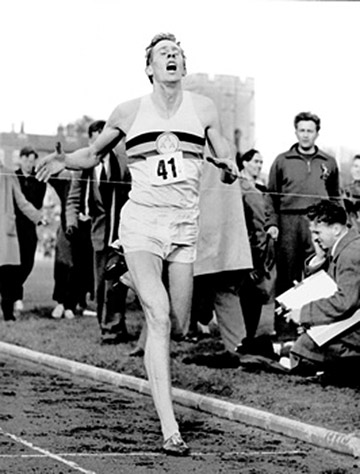 The four-minute mile is a great example of breaking down athletic barriers. In 1957, Roger Bannister became the first to run a mile in under four minutes. On that day, he broke a twelve-year old record. By the end of 1957, sixteen other runners had added their names to the list. It's amazing what someone will do once they've seen what's possible.

My goal is to raise the bar on both single-leg strength and upper back strength by telling the strength and conditioning world exactly what's strong.

Getting Stronger One Leg At a Time

I've written extensively about single-leg strength in my books and articles. When I wrote Functional Training for Sports in 2004, I thought it was great that I had athletes who could do a one-leg squat. I was an early proponent of unilateral training and pushed both my male and female athletes to be able to perform this feat.

However, in 2007 my thoughts began to change. I noticed a sense of complacency among my athletes. They were just like me. They were happy that they could do a one-leg squat with some level of external resistance. Some were actually getting pretty strong, routinely using 20 to 25 pound dumbbells. Initially, I thought this was great. However, we quickly became stagnant.

Part of the problem was that over time, the dumbbells became too heavy to properly lift into position, and the weight vests we used at the time only went up to a whopping 20 pounds. This meant that the top weight we were comfortably able to add was about 60 pounds. 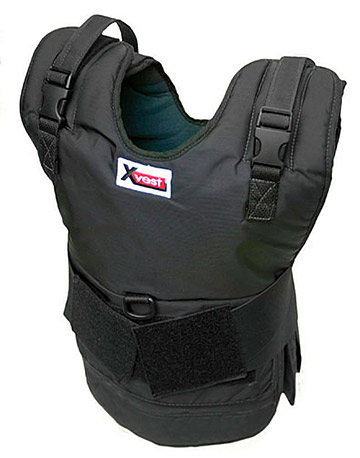 The other problem was that we encountered the same issue many coaches encounter in two-leg squats. As the load increased, the depth decreased. To solve the loading problem, we purchased X-Vests. X-Vests can, in theory, be loaded up to 80 pounds. We made up 40 and 50 pound vests.

To solve the depth problem, we began to use the same method we used to insure depth on our two-leg front squats. We placed a box behind the athlete and asked them to touch it. The only difference is that they're now standing on one leg. Now we could dictate depth and increase the load. Sounds like a prescription for success. We were half right. 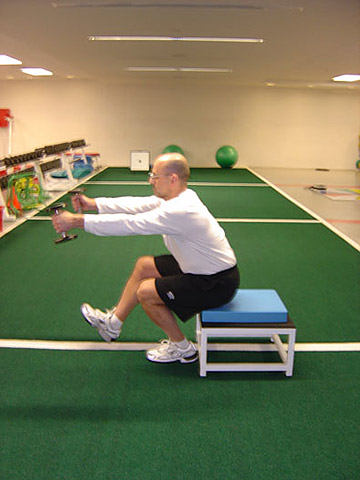 The "pistol type" version we used initially caused low-back pain in some athletes, particularly those with long femurs. We solved that by using two boxes – one to stand on and one to squat to.

The next thing we had to do was to actually test our athletes. Testing isn't the same as training. In test situations, athletes compete. I found the results rather surprising.

Now when someone asks me to give them a parameter for single-leg strength, I can tell them that 80 pounds for 5 reps is good for a one-leg squat. Excellent would be 5 reps with 110 pounds.

The same situation applies to upper back strength and chin-ups. If someone asks me what's "strong" for a male, I say 135 pounds for 3 reps.

If someone asks me about female athletes, I reply with 45 pounds for 3 reps.

The following is a chart of what constitutes "strong" in some basic exercises for drug-free adult males:

Ideally, athletes should have the same, or similar, bench press and clean numbers. If you don't have this relationship, your athletes are spending too much time benching and not enough time on power movements. 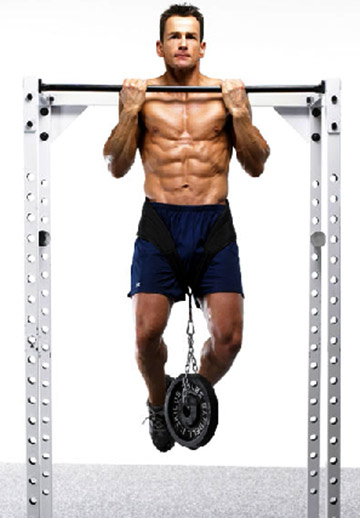 I also like to see the total weight for a chin-up (external load plus bodyweight) be greater than or equal to their bench press one-rep max (1RM). In other words, a 280 pound bench presser who weighs 180 pounds should be able to do a chin-up with 100 pounds.

Dealing With the Relatives

Another area in which we evaluate strength is by comparing related exercises. It's amazing how many "groove lifters" or specialists you run into. Strength isn't about how much you can do in a particular lift that you specialize in, but rather the ability to reflect that strength at numerous angles.

With this in mind, we developed the following relationships. Please note that this is in many ways old-fashioned trial and error, developed over the last decade.

Overhead pressing really is a lost art. It's startling to see the disparity in overhead pressing strength as it relates to bench press strength. Most trainees are capable of much more in the overhead press, yet no one does it anymore! With my athletes, this has been a prominent area of emphasis over the last year. 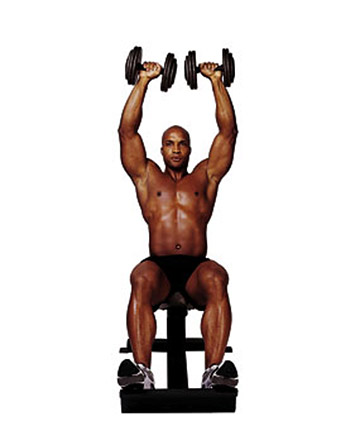 We also use the following formula for any dumbbell variations:

So, continuing with the 300 pound bench press example:

In other words, a 300 pound bench presser should be able to dumbbell bench press 95 pound dumbbells 6 times.

The overhead press is where things typically fall off. Most athletes in this day and age need a lot of work on overhead movements. Watch most athletes overhead press. They'll make a concerted effort to turn any overhead exercise into an incline press. This allows the clavicular head of the pectorals to take over for the deltoids in the pressing action.

We've actually begun to utilize seated dumbbell overhead presses to control hip motion better in our beginners. We progress from seated, to half-kneeling, to standing to force athletes to learn to use the shoulders versus the chest.

One tip: If you want to develop shoulder strength, don't allow your athletes or clients to use a bench with a back. They can sit in place on one, but leaning back isn't an option. As soon as they lean back, they'll shift to a clavicular/pectoral version of an incline bench press.

Taking a Hard Line on Strength

Bottom line: For athletes, strength must exist on one-leg and must be demonstrated in more than just the bench press (sorry, Mr. Monday bencher).

The key is well-rounded strength, not an impressive performance on a "pet" lift. Whenever I have an athlete who arrives as a good bench presser, I immediately shift the focus to the hips and lower body.

Break out the tape measure and get ready to hit the gym. Roman's got some tips to make this your best training year ever.
Bodybuilding, Training
Nate Green July 5 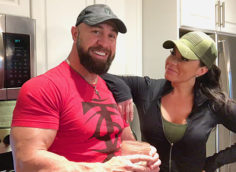 Magnum guns, bowling pin forearms, and a Herculean torso, all in one article.
Arms, Bodybuilding, Training
Christian Thibaudeau May 19

A 2-kilogram discuss traveled 140 feet through the air and landed in Dan John's skull. After that, he "rested" for five months. Now he has some interesting ideas about rest periods in general.
Powerlifting & Strength, Training
Dan John August 6