You know how important calories and macros are to health and performance, but what about all the little micronutrients that rarely get talked about?

Is it even important to worry about that crap if you’re pounding a metric ass-load of protein, have your nutrient timing nailed down, and are smashing an adequate amount of fruits, veggies, and healthy fats?

It might be. It probably is. Actually, yes, it is. And the major plot hole in the dietary landscape is this: You literally can’t cover your micronutrient needs through food alone.

I’ve been guilty of telling people to get all of their micronutrient needs through their diet. And in theory, that’s how it should work. But there are some legitimate issues with this.

The food we have access to today isn’t as nutritionally robust as it was decades ago. When the USDA compared nutrient values from the fruits and vegetables from the 1950’s to those available in the late 1990’s, they found significant declines in protein, vitamin C, calcium, phosphorus, iron, and vitamin B12 (1).

It’s also been postulated that there have been significant declines in zinc, magnesium, vitamin B6 and vitamin E, but since those weren’t even studied in the 1950’s, there’s no way to know exactly how much they declined.

Highly intensive farming has caused a depletion in soil nutrients, which means the crops aren’t as nutrient dense as they were generations ago. Combine that with new breeds of crops that grow larger, have better climate adaptability, and are more pest resistant in nutrient-depleted soil and, well, there you go.

Even if you’re buying grass-fed, wild caught, cage-free everything, you’re still probably not going to be covering all of the micronutrient bases, especially if you’re a truly hard-charging athlete or lifter. And since you’re probably NOT buying all grass-fed, wild caught, cage-free everything, then you’re almost assuredly micronutrient deficient in some areas, and probably more than you think.

Over a decade ago, the Journal of the International Society of Sports Nutrition scanned seventy diets from both active and sedentary people and all of the diets fell short in meeting even the lowly recommendations of the RDA (2).

Now consider the case of an athlete that’s actually on a hypo-caloric diet. He or she will be eating less volume of foods that are already lacking in micronutrients. In effect, they’re actually doubling down on creating micronutrient deficiencies.

Let’s pretend for a moment that you could get food from 1959 that was far more nutrient dense than the food you have access to today. Even if that was a viable option, you’d still need to choose from a vast array of food selections to cover your bases.

That would be very difficult for someone who’s trying to lose fat and also trying to meet their macro needs while also staying in a hypo-caloric state. Round and round we go.

The point is, relying on foods to eliminate micronutrient shortcomings isn’t really viable and certainly isn’t going to be efficient. In short, this is an area where supplementation really wins over food. True story, boss.

I honestly can’t believe people still take multivitamins. Without citing a zillion studies that show multivitamins really offer up zero health or performance benefits, can we just use some common sense here?

Do you really believe one horse pill is going to magically shore up all of your micro deficiencies? Taking high quality vitamins and minerals separately could be an answer. That would also require that you get blood work done to see where you’re lacking and then figuring out an amount to fix your particular deficiencies.

But who are we kidding? You’re not going to do that. The next best and easiest course of action is to just assume you’re deficient in the following nutrients. Most of us are. 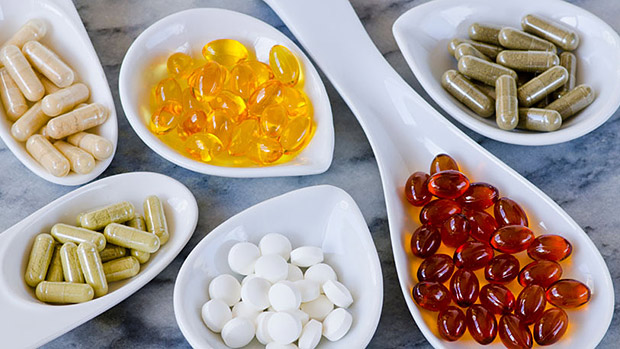 Virtually everyone is lacking in this hormone. Yeah, I wrote “hormone” because by definition, that’s what Vitamin D really is. And there are a lot of reasons why the great majority of people are deficient in it. Most foods don’t contain very much of it, and everyone is scared as shit of the sun. Apparently, they think if you’re out in it for more than a few nanoseconds, your skin bursts into a carpet of melanoma.

That’s truly unfortunate because, well, it’s not true and second, your body needs sunlight in order to synthesize Vitamin D. That’s kind of important because your body uses it to regulate your immune system and produce insulin.

Ideally, you’ll get both regular sunlight exposure (at least 15-20 minutes a day) and Vitamin D through the diet, but even if you do, you’ll still most likely need to supplement with it as well. Go with at least 1000 IU every day (3,4), probably more in the winter.

Note that I’m not talking about full-blown anemia here, but simply being deficient in iron.

Women, vegetarians, and endurance athletes tend to be the ones that should worry about this one a bit more. Iron gets depleted through longer and intensive training sessions due to excessive sweating and increased red blood cell production.

Females can have more significant deficiencies than males due to the menstrual cycle. And an iron deficiency in a woman can make her seem, well, crazy. (More info here: The Missing Element in Female Fitness.)

Vegetarians can have trouble getting in enough iron because they’re not eating meat and the body absorbs less of the iron that you get from plants than from animal protein.

Supplementation can be helpful, but there’s no research to suggest that adding iron will improve performance at all, unless you’re woefully deficient. So why mention it? Because I care about you. And because you probably are deficient in it if you fall into the criteria above (female, vegan, endurance athlete, heavy lifter).

Still, iron is really kind of a tricky son of a bitch because of absorption issues and the fact that taking too much can lead to cirrhosis, heart failure, and even diabetes. Just don’t take more than 45 mg. a day.

Magnesium is hugely important to the body. It facilitates deeper and more restorative sleep, especially when used in conjunction with melatonin and zinc (5, 6). Sleep is your biggest weapon in terms of recovery from tough training sessions. Also, a lack of sleep reduces fat oxidation, has a direct correlation with muscle retention, and decreases potential dietary compliance (7). A bad night of sleep often triggers cravings the next day.

Aside from all of that, magnesium is involved in over 300 enzyme-reactions in the body, so don’t ever be caught without some.

You’ll want to choose a magnesium chelate instead of other forms. The oxide form, for instance, is more difficult to digest and absorb, where the chelates are more bio-available. You’ll get some magnesium from food, of course, but if you’re supplementing with between 200-400 mg. a day, you should be good to go.

You’re probably aware that hormone replacement therapy for men has become big business. And there’s a legitimate reason for this.

We’re living in a time where we’re not the men our fathers were, at least from a hormonal standpoint. Testosterone levels have been in decline for decades now. The Danish found similar findings in that men born in the 1960s have on average 14 percent lower testosterone levels than males from the 1920s.

Even stranger is that none of the researchers that examine this issue can pinpoint what the root cause is, but most believe it’s environmental and probably due to a cumulative effect from poor diets, overly processed foods, work and life stress, and a lack of physically demanding jobs, but it’s all conjecture.

What isn’t conjecture is that we know zinc has a direct correlation with healthy testosterone production, and that zinc deficiency is fairly common, although it can vary from country to country by fairly significant margins (8, 9).

For my money, that’s plenty enough reason to supplement with extra zinc, something to the tune of 20-30 mg. a day.

Vitamin C and E are antioxidants and are major players in fighting free radicals. This is important because to have healthy cellular turnover and repair, you need both free radicals and antioxidants to work in tandem to reduce oxidative stress.

You might not be deficient in these (probably not), but it’s an excellent idea to include them to improve immune system function and overall health (10).

We live in a time where the food we choose just isn’t as nutrient dense as we’d like it to be, and there’s no real way to circumvent that lest you decide to start growing your own.

The best plan? Understand your true caloric intake to meet your needs (fat loss or muscle gain), how your macros should be dispersed through that caloric intake, and then supplement intelligently to shore up any deficiencies.

Including supplements like Superfood, Elitepro™ Minerals, and ZMA® are going to cover just about all the bases here, but you’ll also need to grab some iron and Vitamin D to finish your Avengers team of micronutrients.