Eighty-five percent of Americans are deficient in magnesium, and that percentage is even higher among athletes. Maybe you think you're immune to such deficiencies because you occasionally buy bananas at Whole Foods, but think again. You'd have to eat nine organic, free trade, non-GMO, fertilized-with-angel-poo bananas to just meet the RDA, let alone meet your increased athletic demands.

Magnesium plays a role in over 300 biochemical reactions in the human body. It's crucial to energy production, protein synthesis, and insulin metabolism. A lack of it results in poor athletic performance, undue lactic acid buildup, muscle cramping, difficulty in losing fat, poor recovery, and even twitchy-heart arrythmias.

The question that probably comes to mind, though, is why are so many of us deficient in magnesium? One answer lies in strenuous exercise, as it apparently increases losses of magnesium through sweat and urine by as much as 20%.

A lot of it has to do, too, with how foods are grown and the dietary habits of many athletes. While magnesium is found in high, or higher, amounts in foods like green leafy vegetables, seaweed, Swiss chard, spinach, beans, nuts, avocadoes, and bananas, many of these foods are deficient in minerals in general because of crappy soil and untested growing methods.

Most athletes don't have a very diverse diet, either. They seem to find a small collection of "safe" (and palatable) foods and they ride those babies week-in and week-out. It's no wonder that so many are deficient in many things, let alone magnesium.

Unless you're absolutely certain your diet is as varied as that of Anthony Bourdain, supplementation such as ZMA® is in order. While the RDA is only 400-420 mg/day for men and 310 to 320 mg/day for women, athletes may want to double up. 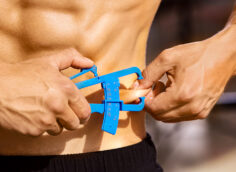 Why drop your carbs crazy low if you don't have to? If your insulin sensitivity is good, and it probably is, you can eat more carbs than you think.
Carbohydrate Control, Dietary Myth Busting, Feeding the Ideal Body, Insulin Sensitivity, Nutrition & Supplements
Mike Roussell, PhD May 28