The amino acid glycine isn’t considered to be an essential amino acid because the body can go into the biochemical kitchen and make it from other chemicals, most notably serine, but also from choline with a dash of threonine.

Regardless, the typical human ingests about two grams of glycine a day, mostly through meat, fish, dairy, and other foods heavy on the protein side.

I’m here to lobby for glycine, though. It’s “non-essential” label, while chemically correct, diminishes its perceived value. It gets short-shrifted by biochemists and nutritionists because they’re not taking some of its recently discovered talents as a nutraceutical into consideration.

Specifically, supplementing the diet with glycine may dramatically enhance collagen synthesis, potentially leaving other alleged collagen resurrectionists like glucosamine and chondritin in the dust. Glycine may also be the cheapest and possibly the most effective longevity drug there is.

The regeneration of cartilage requires large amounts of the amino acids proline, lysine, and glycine, but Spanish scientists wanted to evaluate the comparative contributions of each in making the cartilage molecule. To figure it out, they cultured bovine chondrocytes using a large range of concentrations of these amino acids.

“Thus, increasing glycine in the diet may well be a strategy for helping cartilage regeneration by enhancing collagen resynthesis, which could contribute to the treatment and prevention of osteoarthritis.”

Mitochondria, as I wrote in Grow Muscle, End Disease, Live Longer, are tiny cellular “organelles,” which, as you can tell by the word, are kind of like teeny-tiny organs. Like organs, they each have specific functions, in this case the production of energy in the form of ATP, the energy currency of the cell. They do this by metabolizing sugars, fats, and other chemicals with the assistance of oxygen.

Metabolically active cells like liver, kidney, heart, brain, and muscle have so many mitochondria that they may make up 40% of the cell, whereas other slacker cells like blood and skin have very few.

In addition to producing all the energy our bodies require, they also play a giant role in the process of aging. There are several theories as to how they do this, but a group of Japanese researchers believe that it’s largely because old mitochondria just don’t work as hard as younger mitochondria.

They decided to tinker with things further, but this time, they exposed old fibroblasts directly to glycine and presto, energy levels increased significantly. Their results suggest that simply adding more glycine to the diet could make old cells act young again and possibly delay aging. 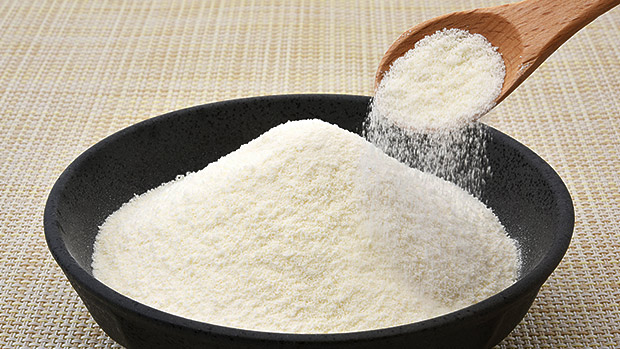 Other Benefits of Glycine

Aside from helping to heal joints and extend lifespan, glycine is also a powerful anti-inflammatory. Other benefits include improved sleep, better skin, gut health, and reduced blood pressure.

Humans typically ingest about 2 to 3 grams of glycine from food and the body usually makes another 3 grams on its own, but some studies suggest we could benefit from a lot more, up to about an additional 10 grams or so.

Weight lifters normally have a leg up on glycine intake over the average human because they’re normally taking in a lot of protein, thereby inadvertently fortifying their glycine stockpile.

Still, it might be smart to ingest an additional 3, 4, or 5 grams of glycine a day, either through a daily collagen supplement (collagen is rich in glycine), or from a dedicated glycine powder. Either route is dirt cheap.