If you really want to get into the very best shape possible, while making the least amount of mistakes possible, you have only one choice...

Hire an elite-level nutrition coach to write you a customized diet plan.

Even the top-level physique champions have their own hired-gun nutrition coaches managing every morsel they eat during contest prep.

When the goal is achieving low body-fat levels and a high degree of muscularity, designing the nutritional plan to deliver that goal requires a very high degree of specialized knowledge. Even if you had that level of expertise, it's just too difficult to be completely objective when you're coaching yourself.

In bodybuilding, blowing one's diet is the deadliest sin of all. You can look at all of the disappointing contest showings, and most if not all are related directly to mismanaged nutrient intake.

Knowing this began to haunt me as I began reviewing the Indigo Project logs. Many of the Team 1 members have been working unsuccessfully on their physique goals for years, and I can't imagine any of them having ongoing access to a top-level nutrition coach.

So why not just hire an elite-level nutrition coach for some of the Team 1 members?

I can't do that, can I? Even if I did, the trolling poseurs would start claiming that we're paying a hired gun to get results only to give the credit to Indigo-3G, after which comes the usual chanting about doing double-blind studies and other senseless drivel...

Okay, let's take a poll. How many of you who've been using Indigo-3G would want to switch to a placebo pill?

Yeah, I didn't think that would sound too appealing.

Being brutally honest, we're already impressed beyond words with what Indigo-3G can do, and we really don't have anything to prove. Indigo-3G really is that good. We should simply let the Indigo experience do the convincing for each individual user.

But on the other hand, we want to know for certain that you're doing things right to achieve the full benefits of Indigo-3G. And to do that, we need to get even more involved than usual, which is why we've created an Indigo Project Training Lab and Training Logs sections – which brings me right back to the original question:

So why not hire an elite-level nutrition coach for some of the Team 1 members?

We have access to the best strength and nutrition coaches in the world. All we'd be doing is leveling the playing field just a little by giving consumers access to elite-level coaching.

So I asked Shelby Starnes, who's one of T NATION's elite-level nutrition coaches, to check out the Indigo Project logs, and to let me know what he thought about getting involved.

Shelby's currently very busy with writing projects and working with high-level clients. He's also in his final stages of prep for an upcoming bodybuilding competition. All that considered, I knew I was asking a lot for him to look over 70-plus logs, but I also knew he'd be hooked once he started reading about some of the members of Team 1. 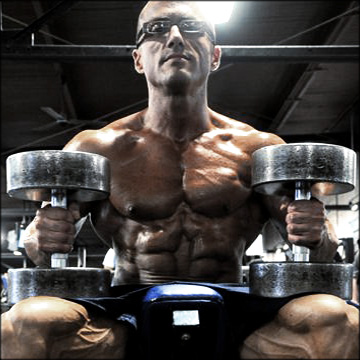 In case you're not all that familiar with who Shelby Starnes is, he's not just one of the industry's top nutrition coaches, he's also known for having "the eye." In other words, he has an incredible and uncanny ability to look at a lifter's goals and specific body type, and from that, devise a fully customized nutritional program that works every single time.

But the thing that makes Shelby so incredibly successful is his follow-up coaching where he continuously monitors progress and tweaks plans to specifically maximize your success. It's a pretty good bet that as long as you follow his guidance, you simply will not fail.

There is of course a financial cost to "not failing" that I actually believe is a real bargain. In fact, I'll back that up with action. Shelby Starnes charges $400.00 to customize a nutrition plan, and we're going to pay that fee for Shelby to coach 20 Team 1 members.

We believe in the power of Indigo-3G so much that we're willing to do whatever it takes to make sure you get the most out of your Indigo Project experience. And if that means hiring Shelby Starnes to coach some of you, then that's what we'll do.

So once again, T NATION is going to pay for 20 Team 1 members to be coached by Shelby Starnes.

To qualify for Shelby's coaching, here's what you have to do:

Note: This offer only applies to Team 1 members who have created an Indigo Project log, answered our questionnaire, and posted beginning photos.

If this is something you're really committed to doing, then jump in this Livespill, and spill the following words:

"I want Shelby to coach me."

Remember, we're only choosing 20, and we want only the most dedicated and serious Team 1 members who are totally committed to getting the absolute best results of their lives.