Nobody knows for sure if the circumstances are entirely true, but in 1762 a British statesman named John Montagu was deep into a marathon poker game. Despite being hungry, he damn sure wasn't going to leave the table for a lousy dinner. In a moment of inspiration, he ordered a servant to bring him a hunk of meat stuffed between two pieces of toasted bread.

By the way, Montagu was also known as the Earl of Sandwich, a town in the county of Kent, England, and regardless of the exact circumstances, he's widely credited with inventing his eponymously named piece-of-de-bread-resistance.

I mention the Earl and his invention because lately I'm feeling a kinship with him. Although it will hardly qualify me for a Nobel Prize in convenience food, I've sort of invented a zero-carb, highly nutritious "sandwich," and it's made of seaweed.

Two Sheets to the Wind

The Japanese have a saying, "ichinichi nimai isha irazu," and it translates to "two sheets a day keeps the doctor away."

What they're referring to is nori, the ancient Japanese food made from seaweed from the genus Porphyra. They harvest it, dry it, form it into a paste, and then dry it as sheets. You're likely familiar with it from American-style sushi rolls where nori is used inside sushi rolls. (In Japan, it's the opposite. Nori is used on the outside to wrap the sushi rice and fish.) 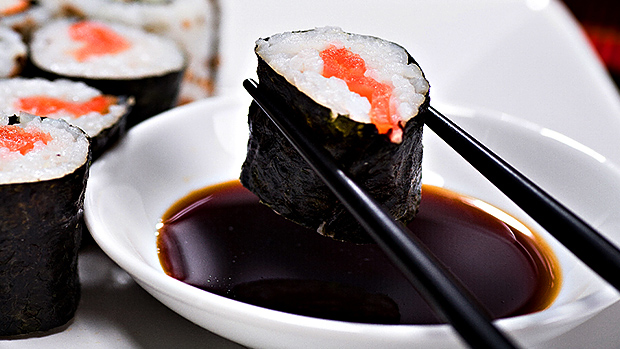 The Japanese are keen on the benefits for a variety of reasons. A single sheet has 1 gram of fiber and 1 gram of protein with zero carbohydrates and only 5 calories.

Sure, it's practically vapor, but it's pretty rich in micronutrients. One sheet contains about 70% of your daily need for iodine, which is a mineral that's sorely lacking in American diets. (Americans often prefer iodine-poor artisanal salts to iodized versions, or avoid salt entirely because of incorrect assumptions about salt and blood pressure.)

Nori also contains plenty of bioavailable potassium, phosphorus, magnesium, sodium, and calcium, in addition to lots of vitamins like C and B vitamins like niacin, folic acid, and cobalamin (B12). In fact, a recent paper published in 2014 calls nori the "the most suitable vitamin B12 source presently available for vegetarians."

But you can get most of those things from practically any vegetable source. What makes nori particularly valuable is the variety of phytonutrients that are unique to, or at least rare in, land-sourced vegetables.

Okay, What's This About a Sandwich?

Nori can be easily found in the specialty section of any non-podunk grocery store. The toasted variety is best. It can be cut up (with scissors!) and added to soups or stews for some crunch. You can also add chopped up squares (and sesame seeds) to rice for a quick Japanese-style side dish. It also works on omelets, on top of baked fish, or added to steamed vegetables.

Others, more ambitious, might use it to make their own sushi rolls . Use it on the outside, Japanese style, for ease of construction.

Personally, I use it to make zero-carb "sandwiches," or more accurately, sandwich rolls. I'll mix canned tuna with olive oil mayonnaise and carefully spread it onto a sheet of nori . The sheets are brittle, so spritz them first with some water. I then carefully form it into a roll. 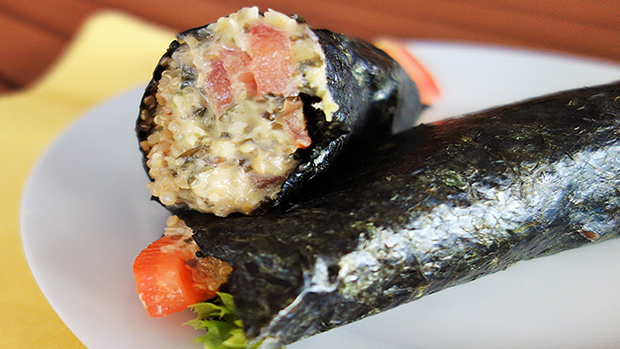 I do the same thing with various thinly sliced sandwich meats (turkey, beef, chicken) from the deli, albeit with mustard.

This certainly isn't a dietary game changer but it's worth trying, especially if you're going low-carb or keto. 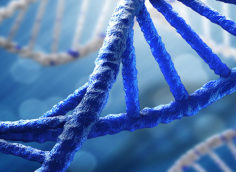 This food actually accounts for longer telomeres and prevents biologic aging and the diseases that come with it.
Diet Strategy, Feeding the Ideal Body, Nutrition & Supplements, Tips
TC Luoma August 18

Brown rice has a few minor benefits compared to white rice, but not many. And it has several drawbacks. Check this out.
Feeding the Ideal Body, Nutrition & Supplements, Tips
TC Luoma October 29

You're not a sedentary woman. Stop using diets made for them. Read this and man up.
Feeding the Ideal Body, Nutrition & Supplements, Tips
Chris Shugart February 16