BPA: Safe or Not?

Avoid canned food. Don't drink out of plastic containers. And for heaven's sake, don't hold that plastic phone to your face! They all contain bisphenol A (BPA), the estrogen-mimicking chemical that can affect the brain, the balls, the prostate glands of fetuses (yes!), and possibly increase blood pressure.

Well, it turns out that advice – which I personally have been guilty of disseminating – is pretty much wrong. BPA will not feminize males. Neither will it do any of those other horrible things. In fact, it's fairly benign.

The Birth of a "Monster"

People started freaking out a few years ago when it was reported that BPA is a powerful estrogen mimicker and that it's present inside the lacquer liners of approximately 70% of all canned foods, in addition to our water bottles, medical supplies, CDs, and pretty much anything plastic.

Unfortunately, hardly anyone bothered to look at the fine print in the research. Yes, BPA binds to estrogen receptors and it's indeed found in a whole bunch of plastic products, but it binds to the receptors very poorly.

Contrast that with the soy isoflavone genistein, which has an estrogen binding ratio of 250 to 1. The irony is that genistein – found naturally in soy proteins – is sold as a health supplement that allegedly treats prostate and breast cancer, in addition to fighting heart disease.

More Reasons Not to Fear BPA

It's a good idea to avoid unnecessary chemicals of any kind, but let's concentrate on identifying the ones that are truly problematic. BPA isn't one of them. 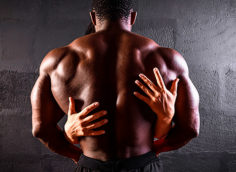 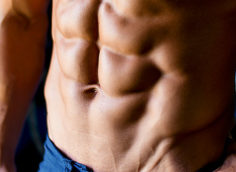 Take 100 people and put them on a diet. Who will be most successful? The people who do this.
Diet Strategy, Losing Fat, Nutrition & Supplements, Tips
Chris Shugart March 17