Is gluten the devil incarnate as some "Paleo" types say? Or is it nothing to worry about unless you have celiac disease? We asked Dr. Roussell to cut through the crap and tell us the real story. – Chris Shugart

Your goal is solid, serious size. You want to look like a beast, so you train accordingly and eat everything in sight.

But you're not really getting bigger, you're just getting bloated. And when you leave the bathroom at the gym, the janitor has to call in a HAZMAT team.

Chances are, your GI tract is screwed up, and you need to get it fixed. What's the point of chowing down on the foods you need if you aren't absorbing the calories? There isn't one. But there is something you can do about it.

When a client comes to me with GI issues, the first thing I look for is a gluten intolerance. An estimated 3 million Americans have celiac disease – an allergy to the protein gluten – and up to 97% of those people are undiagnosed.

But that's just celiac disease. These stats don't include those with wheat allergies or gluten intolerance.

Could that be you? Let's find out.

Gluten is a protein found in wheat. It's a binding agent, which means it makes ingredients stick together. If flour didn't contain gluten, breads would turn out like pancakes.

Here are all the usual flour and grain-based foods where you'll find gluten:

Gluten also sneaks its way into other foods that you wouldn't expect: 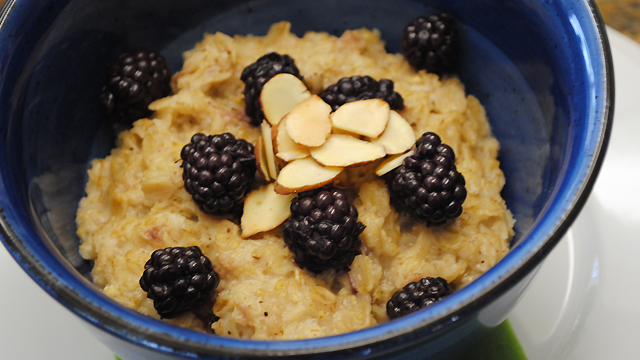 Oats don't contain gluten, but they do contain avenin, which is similar.

Some studies show that people with celiac disease can eat oats without problems, but I know some who have an even lower tolerance for avenin than gluten.

The impact of oats varies dramatically between individuals. Try a bowl of oatmeal tomorrow morning to see if you remain free of gastrointestinal consequences. If you notice the bloat, it could be the avenin.

When Your Body Hates Gluten

According to the University of Chicago Celiac Disease Center, there are 300 different symptoms of celiac disease. Here's a list of the most common symptoms:

Abdominal discomfort and foul-smelling stool are the most obvious symptoms. Keep in mind, 65% of people with celiac disease don't have chronic diarrhea.

The main difference between gluten intolerance and celiac disease is that with gluten intolerance your body's immune system doesn't nuke your intestines. Instead, your body just can't digest gluten (so you still end up with bloating and other issues). Either way, you should be opting for a gluten-free diet.

The gold standard diagnosis for celiac disease requires a biopsy. Antibody and genetic testing are the first step. For many, a positive antibody test is enough confirmation to cut the gluten.

In the past I've had clients use a lab in Texas called EnteroLab, which examines your DNA to see if you carry celiac disease or gluten-sensitivity genes. Prometheus Labs also offers a battery of gluten/celiac disease tests. Just because you have the genes, it doesn't mean that they're active; it does mean that you should consider yourself warned.

Lab tests will cast a broader diagnostic net so you'll be less likely to hear you don't have an issue with gluten when you actually do. Aside from just feeling better, proper identification of a gluten issue is important.

Why You Should Care

Aside from digestive discomfort, having an immune system that constantly attacks your intestines has serious repercussions. Those with celiac disease are at increased risk of arthritis and potentially colon cancer.

It can also put the brakes on muscle building.

Let's take a quick look at GI physiology. Your GI tract is designed to absorb every vitamin, mineral, and nutrient you eat. Humans haven't always had the luxury of eating every two to three hours, so this was an important anatomical feature. There are folds upon folds containing cells that can absorb what you eat.

If you have celiac disease, your immune system has carpet-bombed your GI tract: no folds, no more cells upon cells waiting to suck up every nutrient you eat. It's a wreck.

Now, how much more food would you need to eat if you were absorbing less than 80% of the nutrients in your diet? And that's just the complications you'll find in the GI tract.

As a T NATION reader, you can appreciate the interdependent systems in the human body. And you probably already know that in order to maximize hypertrophy, you need to optimize other areas of your body through diet, rest, stress management, and other regeneration practices.

So imagine how the rest of your body will respond to the inflammatory and oxidative balance of your screwed up GI system.

In addition to the unrest in your GI tract, scientists say gluten allergies also impact your heart, skin, central nervous system, reproductive system, and bones. This is why people with celiac disease commonly suffer from other inflammatory diseases (i.e. arthritis). Your body's revolt against gluten has serious oxidative and inflammatory consequences that extend far beyond digestion.

What You Can Do

Get tested to see if you have an issue with gluten via antibody or genetic testing. You might not have celiac disease since only 1 in 133 people in America have it, but you could easily be gluten intolerant.

Some of us can eat gluten with no problem, but if you're battling the bloat, I don't recommend taking it on faith that you're one of those people.

At the very least, test how you feel with and without gluten. If you're completely symptom-free with it in your diet, then getting biopsied is a waste of time (and you'd never be able to convince your doc to do it). But if you're noticing mysterious stomach issues, test a gluten-free diet.

This second two-week log is probably the most important. I've found that when people restrict gluten and then add it back, the rebound effect of gluten can be worse. So when you add gluten back to your diet you might get an exaggerated response, which would tip you off that you have an issue with gluten.

If you do feel better cutting out gluten and then feel worse when you add it back, you've got a couple choices.

Play around with a gluten-free diet. When you cut down on the gluten you'll have no other choice but to fill up on more fruits, vegetables, and proteins, since those are all gluten-free foods! Or bite the bullet, get tested, and invest a little money in your wellbeing.

Do something. You'll be healthier, bigger, and stronger for it.