Bacteria That Makes You Fat or Lean

By now you know that your body is crawling with bugs, namely friendly and not-so-friendly gut bacteria. You have about two pounds of these critters (gut flora or microbiota) in your GI tract and they pretty much control just about every aspect of your health and well-being. They’re like the Illuminati of your body.

For one thing, if the bad bugs start to overwhelm the good bugs, you get strong junk food cravings, can get fat much easier, and you generally feel like garbage. Too much bad bacteria may even affect your rate of energy expenditure i.e. you eat the same amount as before, only now the same number calories causes you to gain fat.

Scary stuff, and that’s why probiotics and prebiotics are such a hot topic right now. What’s the difference?

Probiotics are live bacteria, the kind you get in good probiotic supplements and certain foods, like live-culture yogurt, kefir, and sauerkraut. Prebiotics are foods that the beneficial bacteria feeds on – dietary fibers like inulin and fructooligosaccharides (FOS) found in vegetables, fruits and legumes.

Now researchers are looking into the role that gut bacteria plays is how you handle stress. In this case, it’s acute stress (a traumatic event like a break-up, car accident, or loss of your job) and the sleep problems it causes.

Scientists took a bunch of rats and divided them into groups. One group was a fed a prebiotic-enriched diet for a few weeks. The other group just had regular rat chow. Then both groups were exposed to a stressful event: they were shown naked photos of Lena Dunham. No, no, actually they had their tails electrically shocked. Much more ethical.

Yeah, it’s a rat study, but human studies are up next and researchers believe they’ll get the same results. In the meantime, it certainly doesn’t hurt to steel yourself against acute stress by ramping up the prebiotics in your diet. 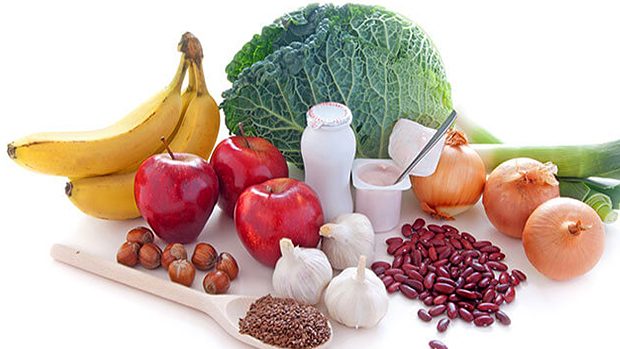 Chicory root is also chockfull of inulin, if you can figure out how to eat it. Prebiotic supplements, containing mainly inulin, are available too. Or pick up an inulin fiber-based laxative product. Just go easy on it.