The oil in sage appears to inhibit the breakdown of an important neurotransmitter called acetylcholine, which supports memory and is often reduced in those with Alzheimer's and dementia.

In a 2003 study from the Journal of Clinical Pharmacy and Therapeutics, researchers saw significant improvements in brain function after giving sage extract to 42 individuals with mild to moderate cognitive impairment over a 4-month period. A long list of other studies have shown similar improvements in healthy people (both young and old) when it comes to memory and attention.

It's also a rich source of rosmarinic acid that supplies added protection against oxidizing fats and free radical damage. Add it to meats and sauteed vegetables.

This carnosol-rich herb is the perfect arterial protector. Research shows it inhibits the formation of HCAs (heterocyclic aromatic amines) when frying meat, improves the oxidative stability of butter, and even encourages the up-regulation of the antioxidant glutathione. Rosmarinic acid, the active ingredient in rosemary, also appears to help with nasal congestion and allergy symptoms, making it the perfect ingredient for soups and teas.

Thymol, the antioxidant in thyme, is a potent infection inhibitor. It's been used in tea format to treat everything from athletes foot to yeast infections. Thyme is also effective as a cooking oil stabilizer. When combined with rosemary and garlic, it makes for a nice dry rub for meats.

Oregano is so powerful as an antiviral and antibacterial agent that it's proven just as effective in killing E. Coli and staph as penicillin. That makes it the perfect addition to your meals to protect against food-borne pathogens (and carcinogenic cooking compounds), and the perfect addition to your soups and teas to protect against coughs, colds, and sickness. A little goes a long way, especially if we're talking about the dried form which has a stronger taste than fresh.

If you've eaten pesto sauce you've had basil. And though it's often praised for its anti-inflammatory properties and vitamin K content, you should add it to your meals for the extra protection against bacteria. It can directly disarm a long list of infections with its various volatile oils.

Not surprisingly, its high concentration of polyphenols and flavonoids also means an increased resistance to cellular damage, both during and after consumption. This appears to hold true for all parts of the plant and all its varieties. Holy Basil is the most popular, and most widely studied, for healing.

Along with being an effective option for fighting sickness and infection, mint provides a healthy dose of digestive and gastrointestinal support. One study had more than 75 percent of the 57 participants experience significant relief from their IBS (irritable bowel syndrome) after 4 weeks of supplemental peppermint oil.

How? It's probably a combo of relaxing the gut muscles, stimulating enzyme production, and killing some of the bad bacteria overgrowth (yeast, parasites, fungi, etc.) in the small intestine. Add some mint to your meals or after them in peppermint tea format.

Ginseng is an adaptogenic herb. An adaptogen is something that brings you into balance or homeostasis. Meaning, if you're tired it wakes you up, and if you're wired it brings you down, mainly because of an increased resistance to cellular stress.

Ginseng is commonly marketed for its ability to enhance mental performance and mood, but where it's truly beneficial is in preventing cognitive impairment and neuronal damage in the first place. In a Chinese study, participants with mild to moderate dementia saw significant memory improvement after 12 weeks of ginseng extract supplementation compared to the placebo group.

This extra brain protection is likely the result of reductions in stress, but ginseng's anti-inflammatory properties could also be playing a role. Outside of cognitive enhancement, it's also been tied to improvements in blood sugar, boosting the immune system, and even treating sexual dysfunction.

Sleep and gut health are critical components of a long, healthy life. Fortunately, tarragon can help with both if you get used to adding it to your food regularly. Tarragon improves digestion by stimulating enzyme production, relaxing the gastrointestinal muscles, and going to work on any bacterial infections that may be present in the gut. As for sleep, it appears to be driven by the pain-numbing properties of eugenol. The French use it as an insomnia treatment.

In North America, we typically refer to the leaves of this plant as cilantro and the seeds as coriander. Both contribute to the list of benefits above, but coriander seeds (Coriandrum sativum) have been more heavily studied, especially when we're talking about the effects on blood sugar, blood pressure, and blood cholesterol levels.

If there's one herb you want to eat fresh and avoid cooking at high temperatures (or reserve for uncooked foods) it's dill. It loses a lot of nutrients when heated, and loses a lot of its flavor when dried. Dill acts as more of an antibacterial or antimicrobial than an antioxidant. It's best known for its stomach settling, digestion improving, and bacteria-killing abilities. So don't be afraid to add it to soups, salads, sauces, and lightly cooked fish. 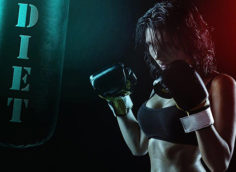 Lowered your calories? Training harder? Then why is your body fighting back? Here's what's working against you and how to fix it.
Cortisol Control, Dietary Myth Busting, Losing Fat, Nutrition & Supplements
Susan Birch June 6 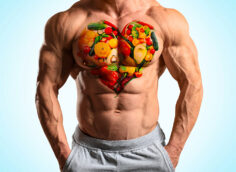 We know for sure that five things boost longevity and health. Now we have better ways to take care of one of those things – phytochemicals.
Health & Longevity, Living Better, Nutrition & Supplements
TC Luoma June 10

Yes, it really is possible to do a “clean bulk,” getting bigger and stronger while eating healthy foods and staying lean. Here’s how.
Diet Strategy, Feeding the Ideal Body, Nutrition & Supplements
Chris Shugart March 10