No. I haven't slipped into Brooklyn-ese. I seriously want to know if you have some sort of problem that can be fixed by Big Pharma.

Despite the Government and a nation of wet nurses railing against drugs that fall under the category of "performance enhancement," a good chunk of the deafening din of the coins dropped into the pharmaceutical industry's coffers fall exactly under that classification.

Oh, these drugs might not allow you to hit home runs or blast golf balls into the stratosphere, but they'll improve you in any number of areas.

Hell, it almost begs a re-write of the song, Ball of Confusion:

Sleep deprivation, humiliation, follicularization,
Erectile dysnfunctiation,
Insomniation, aggravation to T-Nation,
Ball of Confusion,
That's what the world is today
The sales of pills are at an all time high
Young folks walk around with
Their heads in the sky
Boners abound in the summertime
And, the beat goes on.

Okay, maybe it was a stretch, but you get the point.

Don't get us wrong, though. We, obviously, have nothing against the actual drugs that improve performance or make you a better you in general, only the way they're marketed; the prices they charge, and the coy way they pretend that they don't know about the off-label uses of many of these drugs.

Luckily, we at Testosterone and Biotest like to think we're free from that particular brand of hypocrisy.

We make all kinds of self-improvement supplements that, in many cases, work as well or better than their expensive, can't get 'em without twisting your doc's arm, getting a freakin' prescription, or forking over your paycheck because they're so damned expensive, drugs.

Below are several categories of medical/psychological problems, some mild and some not so mild. Under each category, I've presented the prescription drug or drugs that's use--or off-label use--has been known to ameliorate or remedy the professed problem/condition.

And, after each prescription drug, I've presented a Biotest counterpart that ameliorates, remedies, or enhances each problem/condition.

Judge for yourself how we stack up.

Ereythropoietin, or EPO, stimulates the production of red blood cells in patients with anemia or kidney failure.

Red blood cells, as you know, carry oxygen, and the more red blood cells you have, the more oxygen your blood can carry, allowing you to exercise longer.

Unfortunately, it can be fatal if you don't know what you're doing. Take too much and your blood can turn into sludge, at which point your heart makes a skkklunnnkkk noise and quits.

Surge® Workout Fuel enhances work production, endurance, and recovery in a whole host of ways. In effect, it contains three functional "stacks," the first of which contains citrulline malate, L-Leucine, and Beta-alanine.

These three compounds work to increase muscle protein synthesis and ATP production, combat muscle oxidation, and optimize pH, the net effect being a boost in anaerobic and aerobic performance. In short, it allows you to train harder and recover faster.

The second "stack" consists of rice oligodextrin, Palatinose, and D-Glucose, which pulls substrate-loaded fluids into muscle cells, potentiates glucose transport into muscle, and acts as a powerful anti-catabolic agent.

The third "stack" consists of an armada of electrolytes that accelerate hydration and stave off poor exercise performance or premature fatigue and muscle cramping.

Put those all together and it equates to a supplement that allows you to surpass your previous endurance threshold by miles, reps, or pounds.

Best of all, it won't kill you.

Sure, I'm clowning around with that last line, but it's a valid point. This stuff is safe and it's super effective, as countless endurance cyclists, track athletes, and lifters can attest.

All of these drugs work by increasing blood flow to the penis. None, however, despite popular notions, increase your sex drive. The main difference between these drugs is the time it takes for them to take effect and the duration of each.

Viagra and Levitra take about a half hour to kick in and last 4 or 5 hours, while Cialis kicks in as little as 15 minutes and can last up to 36 hours.

Each of the drugs affects the circulatory system, so caution is urged in those with cardiac issues. Viagra also occasionally affects your vision so that the whole world is temporarily cast in blue, but it's kind of pretty.

Unlike the three drugs listed above, Alpha Male® coaxes your body into manufacturing Testosterone. Increased levels of Testosterone almost invariably affect the sex drive, allowing you to achieve harder erections more frequently, in addition to reducing the refractory period (the time in-between erections).

Alpha Male® has a multi-pronged approach, employing four different substances t(super-concentrated Tribulus terrestris, Vitex agnus castus, Eurycoma longifolia, and forskolin) that affect both the pituitary and the testes, thus assuring the strongest surge of Testosterone possible. This will most certainly lead to better sex.

Let me use an analogy to illustrate the difference, though. Using Viagra or Cialis is like putting a super-charged fuel in your engine – the effects are potent but short lived.

These drugs are classified as "sedative hypnotics." While they help you fall asleep, they're designed to wear off after a few hours. They're preferred by many insomniacs who just need a nudge to wander off to lullaby land and who don't like to wake up too thick-headed or, in the case of Michael Jackson, dead.

While the drugs are effective and relatively safe, they've been known to cause sleep driving, sleep eating, and even sleep sex, the latter of which might not be a big deal, unless your sister-in-law, or worse yet, your mother-in-law, is sleeping innocently on the downstairs couch.

They're also habit forming, which may or may not be a problem, until you run out of them, or forget to take them with you on your vacation to Fiji.

Z-12™ is terrific for people who not only are insomniacs, but who might occasionally need the guarantee of a good night's sleep, like the night before an exam, a big job interview, or a crucial athletic event.

You can also use a smaller dose during the day for those times when you're nervous or anxious or want to march into your post office with a semi-automatic to extract a measure of revenge for perceived insults.

One of the cool things about Z-12™ is that it appears to be amazingly safe. There have been no signs of toxicity reported with any of its ingredients and side effects are almost non-existent. Furthermore, you wake up without a trace of the "hangover" associated with virtually every prescription drug on the market.

Cholesterol, as you know, gums up your circulatory system, which may cause a stroke or, worse yet, make you take an eternal dirt nap when your heart stops thumping.

Cholesterol, however, is a weird, misunderstood beastie. No one can figure out what the optimal level is, and much to the delight of statin salesman everywhere, doctors keep dropping the desired range lower and lower with each passing year, causing them to write even more statin prescriptions.

Weirdly and paradoxically, almost as many people with "low" cholesterol die every year from heart disease as those with "high" cholesterol.

Despite the confusing mortality rates from heart attacks and stroke, one thing seems to be certain: statins have reduced the death rate from these diseases.

But is it because the drugs are reducing cholesterol rates, or is it something else? A lot of researchers think that statins have had a positive effect on death rates because they have an anti-inflammatory effect, and that's where the Biotest alternative comes in.

When you have inflammation, white blood cells known as macrophages proliferate, and they play a major role in atherosclerosis, which is characterized by plaques that reduce blood flow.

Much of this inflammation is caused by primitive, rudimentary hormones called eicosanoids. If you ingest a lot of omega-6 fatty acids, which are found in just about every processed food, your body makes a lot of these pro-inflammatory eicosanoids.

However, ingesting omega-3 fish oils, the kind found in abundant quantities in Flameout®, puts the kibosh on these pro-inflammatory eicosanoids. The net result is a profound anti-inflammatory effect that's comparable to that achieved by statins.

And while just about any quality fish oil might have a similar effect, Biotest's Flameout® capsules are so pure, so highly refined, that taking just one is pretty much the equivalent of taking 6 to 8 run-of-the-mill fish oil capsules.

So if you're not ready to go on statins yet, and not ready to risk the rhabdomyolosis (a rare, painful condition characterized by the breakdown of muscle cells) associated with statin use, try Flameout®, the healthy alternative.

So you can't focus, huh? Find yourself driving to work, only to "awaken" from your daydream and discover that you missed your freeway exit ten miles back? Can't read more than a paragraph of your physics textbook without thinking about naked coeds? It's pretty common.

Most pharmacy freaks resort to amphetamines, which, oddly enough, make hyper kids calm down, but have the opposite effect on people who don't have ADHD.

Drugs like Adderall speed up the production of norepinephrine and dopamine, which is techno-speak for speeding up your brain and making college kids learn, like, real good.

More likely, however, is the rebound effect, which is characterized by depression or irritability as the stimulant wears off. This gives the drugs a high potential for addiction since no one likes feeling like someone ran over their dog when the drugs wear off.

Acetyl-L-Carnitine or ALCAR is a naturally occurring amino acid. It increases levels of norepinephrine and serotonin – neurotransmitters that play an important role in mood and brain function. It appears to increase your electrical "wattage" so you burn brighter and longer.

Acetyl-L-tyrosine is a more bioavailable form of the amino acid L-tyrosine, which is used by the brain to make dopamine. Dopamine plays a big part in memory, focus, libido, and sense of well-being. Acetyl-L-tyrosine leaves people feeling refreshed after training by mitigating some of the short-term stress caused by intensive work.

CDP Choline is a highly bioavailable form of choline, which is an essential nutrient. CDP choline is an ingredient in Brain Candy because it makes you concentrate and focus much better, in addition to enhancing mental alertness.

DMAE (Dimethylethanolamine) is what's known as an amine. It's naturally produced in the brain, but you can also find high levels in certain seafoods. Some of its effects include:

L-theanine is an amino acid that's considered an analogue of L-glutamine and L-glutamate, both of which are used in the biosynthesis of proteins. L-theanine adds a calming effect to Brain Candy. However, even though L-theanine calms you, it simultaneously raises energy levels, but without the jitteriness associated with crude stimulants.

Yeah, yeah, this article is self-promoting. It shouldn't matter. The benefits of these supplements should be evident, and their superiority – either from sheer effectiveness or in lack of nasty side effects – makes them a valid alternative to many prescription medications or drugs.

As athletes, our workouts take precedence over just about anything. We may occasionally cut class or call in sick for work, but miss a workout? Not on your life. Likewise, we're so very, very careful about how we eat.
Nutrition & Supplements, Testosterone Boosters
Nelson Montana May 15 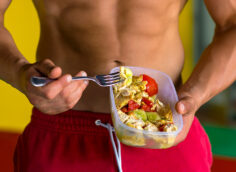 Adopting a bulking diet works for gaining muscle, but there are a lot of ways it can go wrong. Here are the six big blunders to avoid.
Diet Strategy
Calvin Huynh November 9 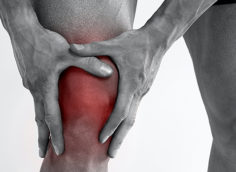