It's Tuesday night and you've just wrapped up another long day at work. You know you should hit the gym to hammer out your frustrations before heading home, but all you can picture is a rather annoyed spouse waiting in the kitchen with a screaming toddler in each arm and dinner slowly fermenting on the table.

Between my training business and my responsibilities at home piling up, it's hard to find the time to train the way I'd like to. Since I live and breathe the lifting lifestyle, I'll often sneak down to the basement gym between yard work and baby naps, but as you might expect, my results are representative of less-than-ideal circumstances.

However, a silver lining to this dark cloud came to me the other day during a trip down memory lane. I was reminded of another time where my training was jeopardized by my schedule, but my results were anything but compromised.

It was the winter of 1999-2000. I was just finishing up finals and realized that my "break" was going to be far from your typical college vacation. While most of my friends were at home, kicking back, drinking beers and telling dorm stories, I was working multiple jobs and taking a few classes that I needed to make up.

My schedule didn't leave much room for off-season preparation, but as an athlete I felt it was my responsibility to find a way to train, regardless of the situation. The strength program that emerged laid the groundwork for this article, "Weekend Training for the Busy Guy."

My first inspiration came from Ohio State throwing coach John Smith. He's written that some of his throwers trained their heavy lifts on the weekends to free up time during the week to concentrate on their skill work.

His programs were a beautiful blend of Olympic weightlifting and Westside Barbell methodologies, two of the most tried and tested methods around for creating powerful athletes. As an athlete focused on becoming as strong and powerful as I could, this was very appealing. Smith's thoughts on consolidated training opened my eyes to a potential solution to my jam-packed schedule.

The only things left were the modifications I was forced to make. I usually advocate following a program fairly rigidly as there's a reason certain movements are selected and specific protocols might not work as well after tampering. But my situation called for some serious adjustments.

The main reason was my old training facility was located in my basement with extremely low ceilings, concrete floors, no heat, and minimal light. The low ceilings in particular caused some major issues. Power snatches became squat snatches, jump squats were about twice as heavy as normal to keep me from jumping too high, and push presses weren't fully locked out.

Still, what was most important was that I did have a power rack, barbell, a few dumbbells, and enough plates to sink a ship. It was go-time.

Day 1 was performed Friday night and was all pulling movements, including the Olympic lifts. Saturday, Day 2, was all lower body strength work and Day 3 on Sunday was all pressing movements.

The plan alternated between an A-week that emphasized absolute strength development and a B-week more focused on power and speed development.

Gaining strength and power requires working both ends of the speed-strength spectrum. This is something the Westside guys have been stressing for years, and rightfully so.

The auxiliary work was higher rep work, used mainly to address any weak links and add some much-needed hypertrophy.

Each workout started with a warm-up consisting of some light calisthenics and some static stretching. Knowing what I know now, I'd probably spend more time doing dynamic stretching and maybe some core work, but if you're pressed for time just stick to the basics. 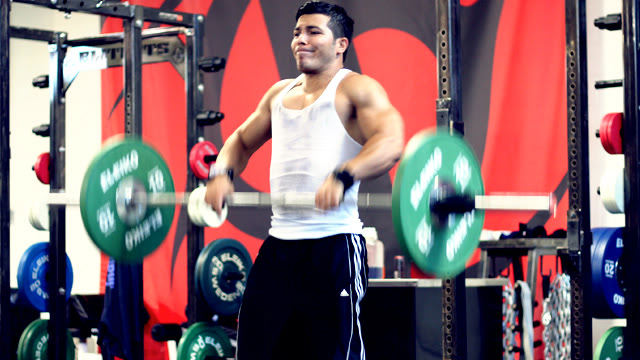 As you might imagine, after each weekend I was pretty crushed.

Monday and Tuesday I was sore as hell, but managed to get a little flexibility and movement in and, of course, made sure to eat as much good food as I could. By Wednesday I'd start to feel better and by Thursday was itching to get back in the cellar and throw some weights around.

And the result? After my winter break I was much stronger and gained about 10 solid pounds in the process.

As mentioned earlier, although this was anything but ideal, it was one of the most productive training periods of my life. Beautiful fancy equipment and 6 day-a-week programs are great and all, but when things get hectic and time becomes a rare commodity, brutally hard work on the big basic lifts will get you where you want to be.

Give it a shot and good luck!

Attention all meatheads over 30: it's time to break out the rulebook for gaining muscle and unleashing your inner-athlete.
Bodybuilding, Training
Nate Green January 5

A cadre of coaches discuss various bodybuilding and powerlifting topics, including the wisdom of trying to build size and strength at the same time, and the relative benefits of isolation movements vs. compound movements.
Training
T Nation February 25 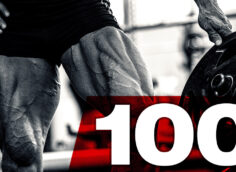 Stuck with only a straight bar to use in gym? Try these training tricks.
Back, Pull-Up, Tips, Training
John Paul Catanzaro March 30