Regardless of what it says on your fitness tracker or cardio machine display, the fat burning zone isn't really a thing.

As it turns out, you're actually in the fat burning zone right now, as you sit absolutely still, reading from a screen, because most of the energy you're using right now comes from fat. The body metabolizes a higher percentage of calories from fat for low intensity activity than it does when you're working hard.

This fact led to the short-sighted conclusion that interminable, hamster-wheel cardio was the way to go for fat loss. That simplistic assumption overlooked the fact that robbing calories from fat doesn't mean much when you're not burning many calories at all. Additionally, moderate intensity cardio can be highly catabolic, meaning you'll potentially lose as much hard-earned muscle tissue as you do fat.

In order to convince your fat cells to release their cherished reserves, you're much better off working either hard and fast or low and slow:

High intensity interval training or HIIT conserves muscle, and potentially even builds it, because you're working so damn hard while burning plenty of fat along the way. You can also add excess post-exercise oxygen consumption (EPOC) to that. The afterburn effect of EPOC uses additional oxygen after exercise to pay off your oxygen debt and continues the fat burning process by keeping your metabolism elevated for an extended period, post-workout.

You can't go all-out all the time, for a whole bunch of reasons. If your goal is to lose fat, you also need to maximize what exercise science geeks call non-exercise physical activity (NEPA). In simpler terms, go for a nice long walk.

There are so many benefits to a morning, midday, or evening stroll. In the context of this discussion, the calories burned on your walk (which will be largely from fat) are calories you wouldn't have burned during a Netflix sesh. 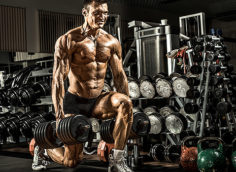 Reverse, forward, and walking lunges all in the same set? Yes. Here's how to do it.
Training
Luka Hocevar February 25 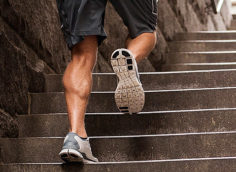 Here's how to use exercise snacks to live longer, eat more without getting fat, and look better with your pants off.
Fat Loss Training, Metabolic Conditioning, Metcon, Tips, Training
Chris Shugart January 28 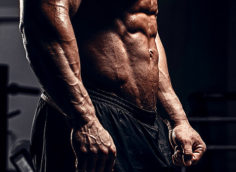 Bonus: You can do them anywhere with one cheap piece of equipment.
Training
Gareth Sapstead December 7

One of the toughest muscle-building workouts of all time just got tougher. For experienced lifters only!
Bodybuilding, Challenge Training, Powerlifting & Strength, Training
Charles Poliquin June 13