Q: What’s a couple of good splits to use if my main goal is building muscle? Maybe something a little untraditional?

A: There’s two ways you could do it:

Q: Have you read anything about this occlusion training stuff (“Kaatsu”), where blood supply is cut off when lifting? Seems to be the rage in Japan. What about vibration training?

A: Yes, and occlusion training is about as useful as tits on a bull. 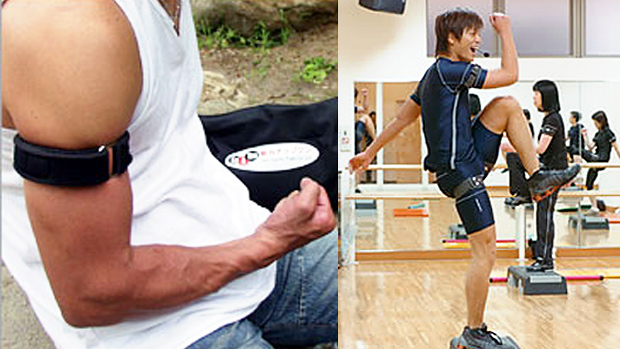 How convenient is it anyway? You need an occlusion suit or bands that restrict blood flow while you lift. You block and release blood flow, going back and forth. They claim it gives you more hypertrophy, but the studies were done on untrained subjects.

It’s very gimmicky. If I make you do ten sets of five on the deadlift, you’re going to grow whether you’re wearing an occlusion device or not. No need to buy an anaconda to wrap around you when you deadlift.

Vibration training is the same. What are the odds that you’re going to do squats during an earthquake? 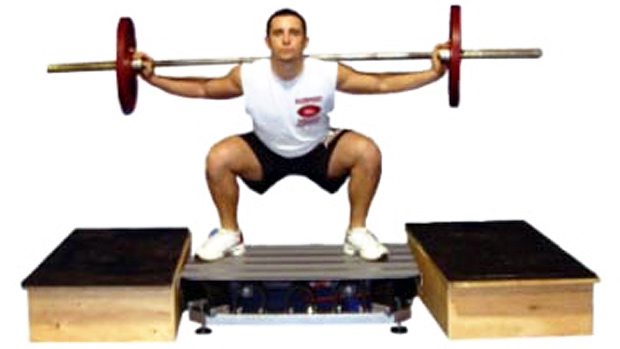 In all fairness, it has been shown to have some benefits with those suffering from cerebral palsy and some other neurological disorders. But there’s a guy who studied under me who did his Master’s thesis at the University of Calgary on vibration training. He used it with Olympic athletes and didn’t see any effects, nor was he able to reproduce any of the benefits reported in the previously published literature.

No surprise, last July a Dutch researcher came out and admitted that they had falsified the data in a lot of the studies.

I’m not completely writing off vibration training just yet, but I don’t think it makes that much of a difference, and it’s just not worth the expense. 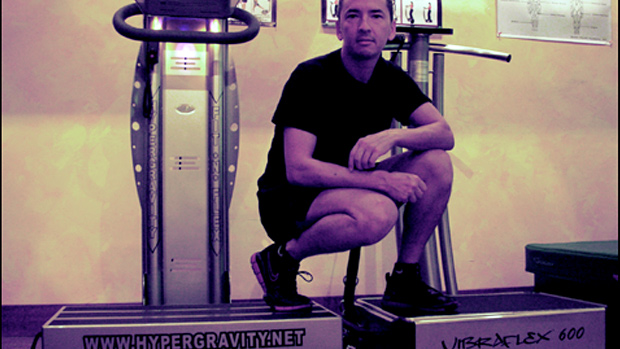 Honestly, my “colleagues” who are big into vibration training never really made anybody strong anyway. About the only guy who endorses it (who specializes in the combine business) also endorses occlusion training. And he’s only had one player stay with him after combine training to train for the NFL.

Q: Is there ever a good time to use the leg extension machine?

A: Most people know I’m not a huge fan of leg extensions. The main reason is that I’m a big believer in exercises that give you the most “bang for your buck.”

Throughout my career, I’ve had, on average, only 11 weeks to work with the athlete. For example, that’s how much time off that NHL players have to get in shape for the season. Time is money. And leg extensions are usually a waste of it. 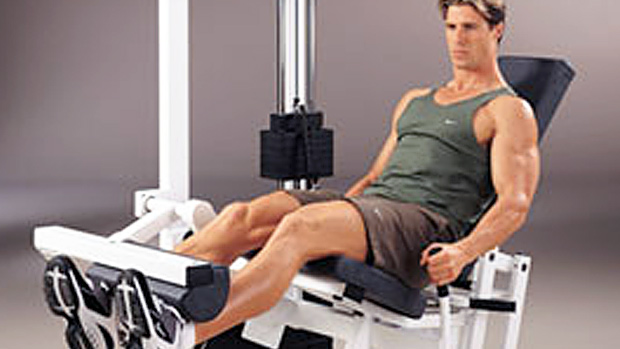 With that in mind, here are some random thoughts regarding leg extensions:

1. If you’re going to use it, use the best machine. The choice of machine is important. The best models are DAVID, Atlantis, Flex, and Avenger. These are the brands that best match the strength curve.

2. The angle of the seat is important. Research shows that 90 degrees is optimal. Angles such as 100 or 110 degrees decrease quadriceps recruitment.

6. Research has shown that leg extensions are an oddity. Most exercises show enhanced motor unit recruitment if done unilaterally (one limb at a time.) Leg extensions don’t. They show greatest activation when done bilaterally (both legs at the same time.)

So, leg extensions aren’t a great exercise for athletes who are pressed for time, but they can be a valuable addition to athletes who need greater hypertrophy like bodybuilders or more local strength-endurance (i.e. speed skaters).

The End for Flax Seed Oil?

Q: With supplements like Flameout® and your own EPA/DHA blends, is there any reason to keep using flax seed oil?

A: No, not flax seed oil. But flax seed hulls are good for detoxification of xenoestrogens.

I’ve never been a fan of flax seed oil because if you’re obese anyway, you don’t have the enzymes to elongate the molecule to turn it into the omega-3s. So what’s the point of using it?

Another problem is that flax seed oil is usually rancid in most stores, with 40 out of 42 store-bought brands shown to be rancid in one study. And even if you can get it fresh, it goes bad very rapidly once you open it, sometimes in less than two weeks. Plus, I just found that flax oil never really worked.

But flax seeds can be used for the anti-estrogen effects and for adding fiber to your diet. You can buy them whole or pre-milled, but I’d rather grind them myself.

Q: Is there a way make yourself more vascular?

A: Yes. First, have low body fat. If you’re 20% body fat you’ll never look vascular. Vascularity is inversely proportioned to how much body fat you have. 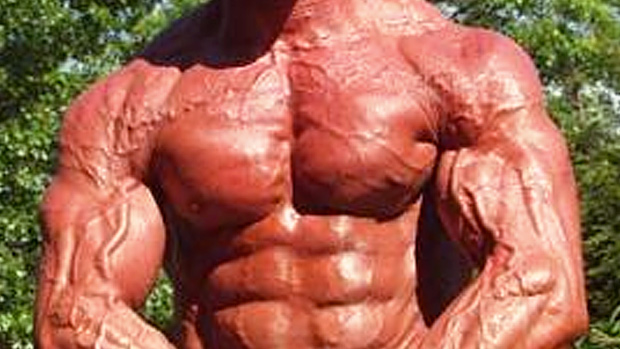 Vegetable glycerine, which is often used by bodybuilders before they go on stage, can help, but it’s temporary, lasting only about two hours.

Q: What’s a respectable number of pull-ups to shoot for? Or is it about strapping on extra weight? And how can I increase my pull-up performance?

A: First, let’s agree that a pull-up is performed with the hands pronated (palms facing away from you) and shoulder-width. 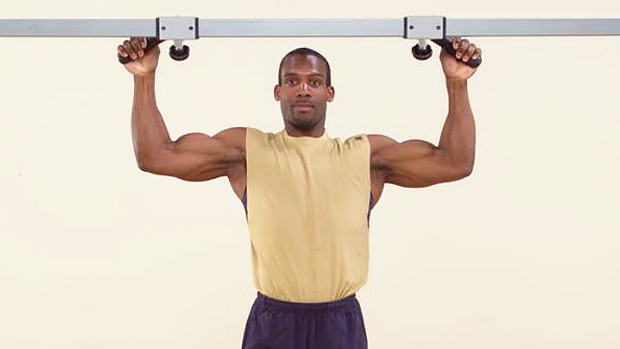 A chin-up, on the other hand, is done with a supinated grip (palms facing you). 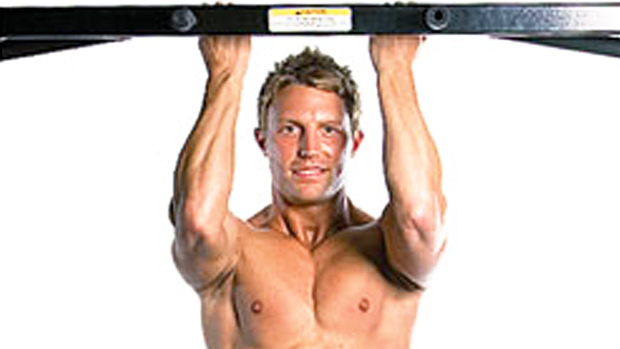 A pull-up is a more accepted performance test because if you climb a wall in real life your hands aren’t going to be supinated as in a chin-up.

Anybody in the weightroom should be able to do at least 12 pull-ups, and that’s true for females as well. Over twenty years ago I had to testify in court in a case where a woman claimed that firefighting tests were discriminatory.

I testified for the fire department and talked about how the goal is to be able to deal with the task, whether you’re a man, woman, or a goat. I showed that, statistically, the lift where a female is closest to a male is actually the pull-up…if trained properly. 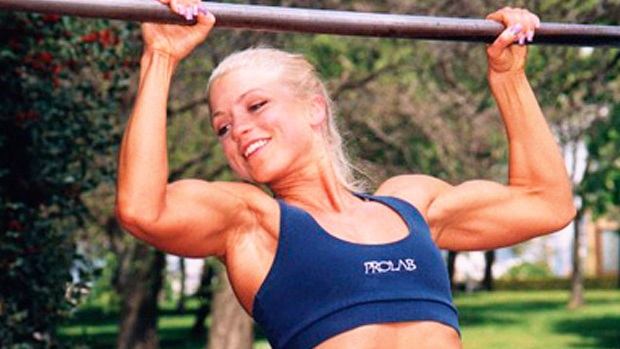 The guy who testified first said the fire department’s challenge was impossible. I showed that with my national teams, if you go on a pound-for-pound basis, women are about 85% of men’s performances. Then I showed a video in court of a woman doing 12 pull-ups holding on to a 25 pound dumbbell with her feet. And I’ve seen an 11 year-old girl do 50.

I tell people who get certified by me that if they can’t get a female to do 12 chin-ups in 12 weeks, then they don’t know how to train. That’s how you can evaluate a good trainer. If he can get a female to do 12 chins, he’s a good trainer. If he doesn’t know how to do it, then he doesn’t know training. Period.

As for added load to the pull-up, anyone who can do 3 dead-hang pull-ups with an additional load equivalent to 66% of their body weight is pretty damn impressive.

As for increasing the number of pull-ups, the time under tension principle always works. If you can only do 3 pull-ups by yourself, you do 3, then on the third you try to lower yourself for 30 seconds. Also, if you can only do 3 reps, then do 10 sets of 3 reps. (And as always, those Gravitron-style machines are a waste of time.)

Another method is to shoot for a number, say 30. Do as many sets as it takes to get 30 reps and see how long it takes you. Then, the next time you do 30, try to beat that time.

Now let’s talk about how to add additional load. Weighted vests can compress the nerves, so the best thing for the average gym member to use to add load is a dipping belt. But what I use in my facilities is a tree-climbing belt and a chain. 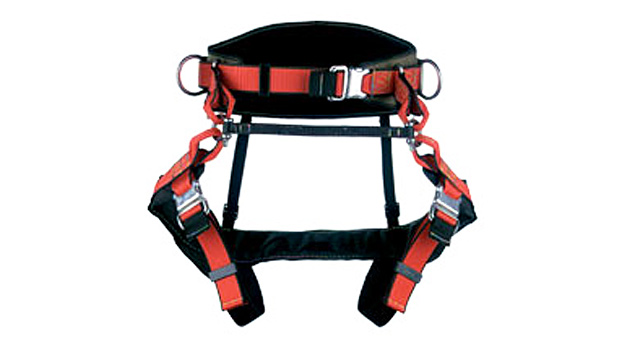 These things can run up to 300 bucks, but I’ve bought them off of eBay for as little as ninety-nine cents. With a tree-climbing belt the weight is equally distributed, and they’re much sturdier than a dipping belt. You can add 250 pounds to it and not feel any pressure on your hips.

Q: I have man-boobs. Not gyno from steroids or related to puberty, just a lot of fat storage on my chest. It seems to stay there when I cut down, too. Anything I can do non-surgically? What does this say about my hormone profile?

A: Most of the time, just about every time in fact, it’s a sign of a zinc deficiency. Zinc is the best anti-aromatase.

Other things that have natural anti-aromatase activity would be grape seed extract, resveratrol (Rez-V™), and DIM. You should also look to pull out xenoestrogens with calcium D-glucarate. It’s not a source of calcium; it’s a source of D-glucarate, and that pulls out foreign estrogens.

Removing xenoestrogens is also very difficult if your diet is low in fiber. Anyone who has tits I put on 30 grams of fiber per day, 40/60 split between soluble/insoluble. DIM works very well for that, too.

I sell a shitload of these types of products in the UK because so many of the males there have tits because they consume so much beer. Beer is that estrogenic. Now, before someone asks, if you must drink, red wine actually prevents aromatization. Pinot noir or merlot are good choices. You don’t see tits on men in France.

Q: What are your general protocols for your athletes when it comes to stretching?

A: There are three main families of stretching, each with its own advantages and disadvantages. The rule of thumb is, the ones that are good for short-term gains are terrible for long-term gains, and vice-versa.

The key to being very flexible is to use all three methods in the proper sequence. The proper sequence is PNF, then ballistic, then end with static. But never stretch before lifting weights.

In order to get flexible you have to do flexibility training. Sounds obvious, right? But the research is very clear: doing it 20 minutes a day, four days a week to warm-up for workouts does not increase flexibility.

The minimum threshold of flexibility training you need per week to increase flexibility is six hours. The good news is that after six to eight weeks you’ll be as flexible as your genetics will ever allow you to be. After that you can maintain flexibility with only one hour a week.

When bodybuilding became mainstream, a lot of these guys abandoned good exercises, and this blend of training and nutrition styles became lost. There was now that separation. Powerlifters started eating Three Musketeers and Wendy’s. They got fat, and people associated the deadlifts with the big waists.

I’ve seen female alpine skiers move 250% of their body weight in the deadlift, and they have tiny waists. Now, the deadlift will build your ass up, but it does nothing to increase your waist girth. Again, the only way to make your waist thicker is to add fat.

The training didn’t do this to him; his diet did!

But we’re not talking about 16 inches more waist, maybe just an inch or two, and it’s muscle, not fat. The average gym-goer and bodybuilder has nothing to worry about, though.

Q: Even at single-digit body fat, my serratus muscles don’t show up much. Any way I can build them up?

A: There are actually two different serratus anterior muscles. One elevates the shoulder (shoulder flexion) and the other does shoulder extension. Basically, if you do a lot of overhead dumbbell presses and chins, your serratus gets hit. Pullovers will increase the other portion of the serratus as well. 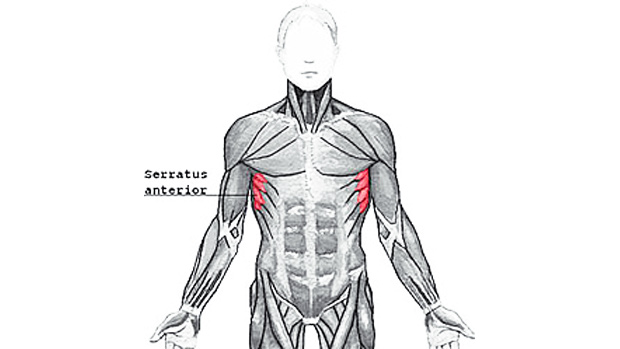 Usually a guy with no serratus, assuming his body fat level is low, hasn’t done enough full range of motion movements with dumbbells, such as dumbbell bench press and dumbbell rows. He’s been using barbells too much (less range of motion).