It’s time to re-think your lifting speed. You need the proper foundation of eccentric control to get jacked, athletic, and heroically strong. And lifting fast and explosively isn’t the end-all and be-all in training.

What does eccentric even mean? It’s the lowering or negative portion of a lift. Instead of just dropping the weight, it’s when you control the movement on the way down. Building a massive amount of strength is only as potent as the foundation of eccentric control it’s built upon. Now, there’s nothing wrong with lifting explosively. The problem is a lot of lifters lack eccentric strength and consequently leave gaps in their training. You’re only as strong as your weakest link, and for many, it comes down to eccentric control.

Research shows that eccentric training causes increased micro-trauma of the muscle fibers, which in turn can lead to increased muscle growth. In the presence of sound nutrition, controlled eccentrics cause greater muscular damage and subsequent migration of nutrients for recovery and growth.

There’s a fine balance between acceptable and excessive soreness that limits training intensity, frequency, and athletic performance. In the case of competitive explosive athletes, care must be taken to avoid excessive eccentric training if it hinders training frequency and intensity.

What to do: Control the eccentric with isolation and hypertrophy-focused work, but be aware of the risk-reward factor if fatigue and soreness limits training frequency, training intensity, or counteracts the muscular demands of sport.

Training only concentric-based and ballistic movements limits the development of eccentric strength – a vital form of strength for movement deceleration. Sprinting, change-of-direction work, and the chaotic nature of sports involve huge ground reaction forces that need eccentric strength for control. Without adequate strength to provide this control, unconditioned bodies wilt under pressure and open the door for injury when they try to do anything athletic.

What to do: If you’re an athlete, train strength through a stable range of motion, reinforce movement mechanics, and control eccentrics on non-ballistic weight-training exercises until control is ingrained.

If you can’t control the weight during the eccentric with submaximal weight, your form will surely break down under near-maximal loads. Controlled eccentrics require controlling the body through the sticking points of lifts to minimize weak points and improve strength. Missed reps often start with a lack of control, as in the part of the movement where you reverse the eccentric (lowering) action to a concentric (lifting) action.

Picture the guy who squats slow until halfway through his descent and then rapidly drops to full depth, subsequently leading to posterior pelvic tilt before the hips shoot up and the lift finishes with a shaky good morning. This lack of stability and motor control within that range of motion minimizes his performance and increases risk of injury.

What to do: Train to a biomechanically appropriate depth, engrain it with a controlled eccentric, and complete the lift. Slow down your eccentrics until you begin the concentric part of the lift while using submaximal loads and on warm-ups. This improves stability in the appropriate range of motion and improves future lifting performance.

Controlled eccentrics make you more aware of form and technique.

You’ll increase engagement and sensitivity to changes in technique. If you’ve been focusing solely on power and explosiveness, then slowing things down will let you check joint position during lifts and reinforce mental and physical engagement during your training. Nothing requires more focus than pausing under a squat or holding the position near your sticking point. You’ll key in on your movement quality and form to diagnose issues and correct them.

What to do: Sprinkle in 2 sets of 3-5 reps using controlled eccentrics with explosive concentric actions in your warm-up to coach and reinforce lifting technique. 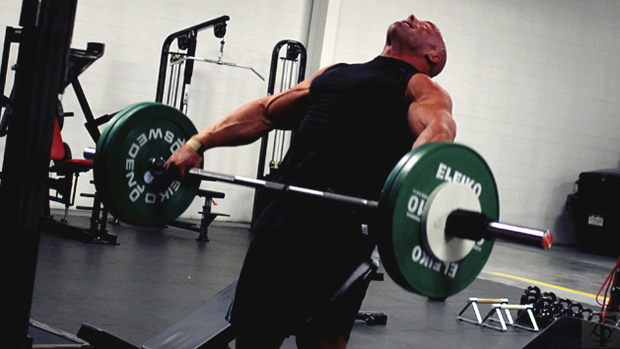 Olympic lifts are ballistic in nature and require subtle concentric muscle actions to rapidly generate force. According to Vladimir Zatsiorsky, the usage of eccentric training is limited in transfer for activities that are primarily concentric. On a macro-scale, the Olympic lifts require tons of practice and technique from a high frequency of training.

Soreness and fatigue from eccentrics aren’t conducive to weightlifting. Plus no movement is as unnatural as controlling a heavy clean from your shoulders back to the ground – that’s why we have bumper plates. Attempting to reverse the movement of an Olympic lift opens the door for unnecessary injury. Opt for a controlled drop instead.

Eccentric strength is important in strengthening the body to hold positions and not all deadlifts should be dropped. But there’s a fine line of risk-reward with near-maximal weights and the amount of stress that heavy lifts and the ensuing eccentric place on the CNS. If you’re near competition or at the end of a heavy training cycle, heavy eccentrics can fry your CNS and zap your strength. Consider dropping near-maximal attempts to preserve your body if the risks outweigh the rewards for strength.

The Frequency, Intensity, and Volume Caveat

There’s a huge trade-off between the stress caused from eccentric loading, training volume, and the impact on training frequency and intensity. If you’re performing slow eccentrics with massive weights and you combine it with high training volume, stop! You’re setting yourself up for fatigue and stagnation rather than strength, performance, and muscular gains.

On the flip-side, if your technique is shaky and muscle growth is stagnant, then a focus on eccentric control in your warm-ups and submaximal sets will reinforce technique and provide additional training volume for growth.

You don’t have to be a tempo-counting dweeb to control the eccentric portion of a lift. Just lower slowly without gravity taking over. If you can’t control the damn weight, then you shouldn’t risk snapping your spine like a twig, either.

Control the negative on movements that isolate certain muscle groups. They’re meant to create muscular tension and cause damage that leads to massive growth. Train explosively on the concentric/lifting action for most movements.

Do keep an eye on total training volume – if it’s high you’re probably already getting a significant eccentric loading volume that must be factored into programming.

Program your exercises based on neural demands. Employ explosive exercises followed by heavy strength work and finish with higher volume, longer eccentric exercises for the best of all worlds.