As a serious lifter, you should be able to pass this test:

Trap-bar deadlifts aren't inherently "better" for testing strength than traditional squats or deadlifts, but they have a number of unique benefits. 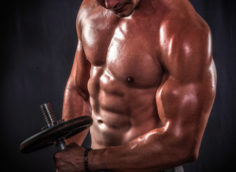 After your heavy sets, finish off your bi's with this brutal metabolic stress protocol.
Training
PJ Striet June 25