Lifters will try the darndest things if it helps them reach their goals. They'll push cars, carry sandbags, and climb up ropes to improve conditioning, and flip 600-pound tires to target total body strength and explosiveness.

Some will even stand on a Swiss ball with a heavy kettlebell held over their head, provided their goal is to be the warm-up act at the next Cirque du Soleil production.

Strength coach Matthieu Hertilus found himself needing to make a few crucial improvements in order to take his training to the next level. And he only needed to go as far as his tool shed to get to work.

It's after 11 pm, and I'm still up watching last year's World's Strongest Man Competition. Never mind that I already know who wins the whole thing, I just can't get enough of watching these athletes throwing around insane amounts of weight with relative ease.

While the average Testosterone reader may not desire to compete for the title of World's Strongest Man or wish to attain Phil Pfister's massive physique, there's something to be said for their superhuman strength. And considering that a stronger muscle is usually a larger muscle, it goes without saying that even the most mirror-focused lifter would want to make getting stronger a priority.

Over the years I've learned that once you reach a certain level of strength development, your focus needs to shift away from your best lifts and more towards addressing your weaknesses. They may not even be weaknesses per se, but just being "pretty good" at something just isn't good enough if you plan to hang with the big boys.

After assessing my strength level and my current status as an aspiring competitive powerlifter, I noticed a few weak points that I needed to start addressing in my training sessions.

First off, my grip strength sucked. This is a common weakness for many trainees because if you don't train your grip directly, it often becomes a limiting factor in your other lifts such as weighted pull-ups/chin-ups or in my case, the deadlift.

Second, my core strength wasn't where I needed it to be. Sound familiar? It should, since it's a problem with 90% of the trainees I encounter. Whether it's working the core incorrectly (i.e. wasted hours doing crunches on a Swiss ball), poor technique (i.e. rounded back lifting or too much reliance on a lifting belt), or in my case, shameful negligence, this is one weakness you best pay attention to.

An easy way I was able to notice this was in my back squat. While squatting twice my bodyweight is not a problem for me, the "heavy" part of the squat for me comes with getting the bar off the hooks and set to go down. After reading about this in another article, I realized I needed to bring my core strength way up. While it's good, good just isn't good enough anymore.

Third, I wanted shoulders. Although training like a powerlifter entails a lot of benching, which covers a lot of shoulder work already, I wanted to target them more directly to give them that fuller, Dwight Howard-esque type of look. While this doesn't really serve a functional purpose, there's nothing like a healthy set of deltoids to really fill out a shirt.

But even though I wanted bigger, stronger shoulders, I realized that I needed healthier, more flexible ones even more. I might not have problems now, but given the amount of benching I already admitted to doing, the writing was on the wall.

So I had a list of things to work on: grip strength, shoulder size and flexibility, and core strength, not to mention work capacity (a component lacking in many PL and bodybuilding programs). And, I wanted to do it without having to drastically overhaul the program I was currently doing.

Sound like a tall order? Well, that's all in a day's work for the sledgehammer — your new best friend in reshaping your body! 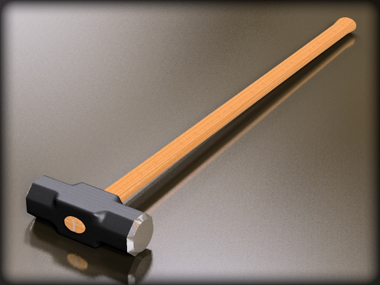 The sledgehammer could be the most effective conditioning tool since the invention of the Prowler. But lest you think that swinging the sledgehammer is just for hardcore powerlifters and strongmen, read on:

• The sledgehammer adds valuable size and strength to some hard to reach muscles like nobody's business. Time spent using the 'hammer will yield significant gains in strength and size in the shoulders, as well as improving grip strength — an Achilles' heel in many powerlifters and bodybuilders alike. Last but not least, you'll find that an intense round of sledgehammering will have your lats begging for mercy as well.

• The sledgehammer is a kick-ass conditioning too that will gas even the most in-shape athlete in minutes. A mere five minutes of work will leave your average treadmill trainee gasping.

• The sledgehammer increases both upper body and lower body mobility. If you opt for the full body swing, which entails using your hips more to power through the whole movement rather than keeping your feet glued to one spot, sledgehammer work does wonders for your hips. This rotation would be a plus for any sport that requires powerful hips (i.e. golf, tennis, baseball, hockey, etc.).

• Sledgehammer training is fun as hell. I would hasten a guess that there's nothing more psychologically satisfying after a hard, stressful day than grabbing a heavy hammer and smashing the bejesus out of something. Letting off steam after arguing with your boss by pedaling the damn recumbent bike just doesn't have the same masculine mojo.

• For home-based trainees, sledgehammer training is practical. This is especially true for folks who like doing a lot of strongman-type training. While you may not have atlas stones in your backyard or 50 pound kegs to throw around the back of your garage wall, virtually anyone can come up with an old tractor tire and a sledgehammer to beat it with.

• Sledgehammer training actually makes you feel like a strength athlete. While you may not have any desire to train like a powerlifter or be a strongman competitor, I'll go out on a limb and guess that if you frequent this site, you're interested in being a strong man or woman. I can think of few things as manly and intimidating as swinging a heavy sledgehammer around.

It's simple. The only other thing you'll need is some sort of timer for this one. You'll be working continuously for time rather than trying to go for a set number for two reasons. One, it adds the element of conditioning to your session and two, it keeps you more focused on what you're doing and allows you to do more, as you may be tempted to pack it in when you have a certain number of reps in mind.

You'll want to do a minimum of 2 sessions a week. Perform each session as a finisher to your current regimen or use one of them on a separate day to burn some extra calories with some supplementary work (i.e. farmer's walks).

Each session will have a conditioning aspect to it in which you'll be working for a set amount of time and rest only half that. One day will be short work, short rest (SW/SR) and the second day will be long work, long rest (LR/LR).

Both are relatively close in total amount of work — they average out to 5 1/2 minutes total — however, where one uses relatively short work periods with an equally short rest period, the other session uses double the amount of time in work and rest, though with fewer rounds.

Each is grueling in its own way though, so don't be fooled by LW/LR's use of only 3 rounds in week one. Two minutes straight of non-stop tire hitting will hurt if you're really pushing yourself!

There are two ways to progress from week to week with this routine: a) increase the number of rounds, keep rest intervals constant, or b) decrease the rest interval, keep number and time of rounds constant. Either one will work and keep progress coming. Here are a few examples:

Once you've played with these interval variations you might want to start experimenting with simply smashing away for however long you can. I didn't bring a timer one day so I just went for a certain amount of reps (strange how the number 300 just suddenly came to mind). I completed it in 8 minutes and 40 seconds and was pretty spent.

With this version you don't have to worry about a prescribed work to rest ratio; just keep going until you've hit your target reps or time (10 minutes total for the day usually works best). It's nothing fancy, just good old fashion work that will burn some extra calories and keep the muscle gains coming.

If you decide to go forward with Option C, I recommend that you progress EDT style — either more hits in the same amount of time or take less time to do the same amount of hits. In this case, you set the bar for yourself each time, something I've always loved about this training concept.

But What if I Don't Have a Sledgehammer and Tire? 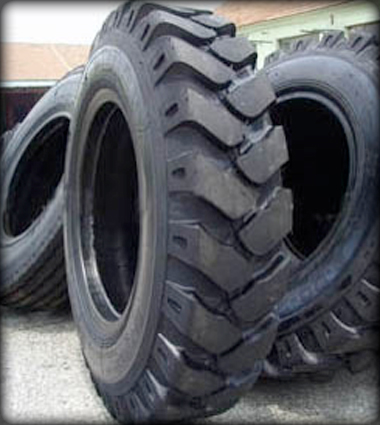 What if I Train at a Gym With a Lunk Alarm and Personal Trainers in Lycra Shorts?

Good lord, can you not find anywhere else to lift? Anyway, you can still use an alternative found in almost every commercial training facility – heavy medicine balls. Just swing and slam in the exact same fashion as you would a sledgehammer — just watch out when it springs back at you (believe me, I figured this one out the hard way).

One advantage med balls have over the sledgehammer is since your hands will be on the sides of the ball rather than alternating positions as with a sledgehammer, you'll actually get some extra chest work in. Granted, it's not as intimidating slamming a yellow med ball with Ke$ha playing in the background, but it will blast your core and get your heart rate up in a hurry.

You'll also find that you'll have that section of the gym all to yourself as no one's going to want to come near you — although I suspect every lunk alarm in the joint will be ringing. Bring your earplugs.

I hope this article serves as proof that it doesn't take a lot of time, expensive equipment, or crazy programming to reach your training goals. If they ever come out with a DVD series of the World's Strongest Man, I have to get it. Their display of strength and power with utter aggression behind it still makes me want to go out and just smash something. Commercial gyms beware!

All you need is a light bar and the ability to withstand searing pain. Here's how to do it.
Tips, Training
Paul Carter December 20
The strength and conditioning field is like no other. Coaches have bitter enemies and die-hard devotees – and sometimes a person will qualify as both depending on the day of the week. There are insane egos and there are humble, incredibly bright coaches who go unnoticed. Finally, there are a lot of coaches who people really don't get.
Training
Eric Cressey August 30

Think you know all there is to know about push-ups? Ha! We thought so too...until we read this.
Bodybuilding, Powerlifting & Strength, Training
Bret Contreras & Elsbeth Vaino June 22