A really weird thing pops out at you if you start looking at epidemiological studies pertaining to mortality rates from health conditions like cancer, cardiovascular disease, and diabetes:

The farther you get from the equator, the higher the mortality rate from these diseases. (1) Likewise, the survival rate of patients with the aforementioned diseases increases if the diagnosis was made in the summer months.

Figure it out yet? Increased distance from the equator and winter both equate to decreased exposure to sunlight, particularly the UV-B radiation that's needed for the synthesis of Vitamin D, a vital component of the immune system. This may also explain why colds and flu are more prevalent in winter months, when sun exposure is limited. (2)

If you're wondering why this amazing fact isn't discussed more, join the club. However, it's never too late to start adopting methods to increase levels of vitamin D, particularly since America is currently in the throes of a particularly nasty flu epidemic.

A lot of people don't know about the flu pandemic of 1918-1919, which is strange in itself. That particular virus killed between 20 and 40 million people, and that's probably a conservative estimate. (3) It killed more people than WWI. Of the U.S. soldiers in Europe, half of them died because of the flu and not the enemy.

More people died from the 1918 flu in one year than did from the "Black Death" in the four years from 1347 to 1351. It single-handedly reduced the average life span of Americans by 10 years, and the majority of the dead weren't from the ranks of the old and feeble, but young and healthy people.

Patients would sometimes die in hours, "struggling to clear the airways of a blood-tinged froth that sometimes gushed from their nose and mouth," according to one physician of the time.

The current flu making the rounds, nasty as it is, isn't anything like that one, but that's the thing about flu viruses – they can mutate quickly into more virulent forms. And that particular trait is why vaccines are sometimes ineffective; they were built to counteract a particular strain before the damn thing evolved.

That makes it all the more important to use additional strategies, both for the current flu and as a bulwark against future, catastrophic flu.

Another study involving 430 school children found that 1,200 IU of vitamin D reduced incidence of the flu by 42% over placebo. (5)

One theory is that the infection-fighting T cells need vitamin D in order to activate. Researcher Carsten Geisler explained it this way: "When a T cell is exposed to a foreign pathogen, it extends a signaling device or 'antenna' known as a vitamin D receptor, with which it searches for vitamin D. This means the T cells must have vitamin D or activation of the cell will cease."

Unfortunately, only a few foods contain appreciable levels of vitamin D. These include salmon, cod liver oil, mushrooms, and to a lesser degree, egg yolks. Fortified dairy products contain it, too, but most people try to meet their vitamin D needs through supplements.

And while chronic sun exposure comes with its own host of problems, short-term, occasional sun exposure appears to be safe, along with prompting your body to make sufficient quantities of vitamin D to keep your immune system functioning well. Just make sure you follow the "no sunburn rule," which means lying in the sun about half the time it would take to develop sunburn.

For dark-skinned people, that should equate to about 30 minutes in the sun, while fair-skinned people should restrict their dosage of rays to about 10 minutes. Of course, if it's winter, you've no choice but to use supplemental vitamin D, but it's tough to figure out exactly how much you'd need without a blood test and subsequent experimentation.

Generally speaking, you want blood levels of vitamin D to be well above 50 ng/ml (up to about 75), but again, you're not going to know that without a blood test. However, for the vast majority of people, taking 5,000 IU of vitamin D3 (the best absorbed form) a day will more than do the job.

No, you don't have to gain a ton of fat to build muscle, but you do need to be realistic. Here's a little reality check.
Bodybuilding, Feeding the Ideal Body, Nutrition & Supplements, Tips
Tom MacCormick December 21 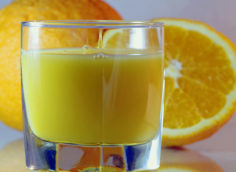