Antioxidants Can Negate the Effects of Exercise

My vote for the most persistent and damaging nutrition myth of all time is that free radicals are bad and antioxidants are good.

Sure, the production of free radicals – through pollution, sunlight, processed foods, exercise, or any one of hundreds of different ways – can be damaging, but free radicals are also essential to human health.

And yes, we need antioxidants to counter or buffer these free radicals but it's a delicate balancing act, and the way antioxidants are marketed to us and consequently used by us is mucking things up mightily. In fact, using antioxidants in the wrong way before, during, or after exercise can completely negate the beneficial effects of exercise. Worse, it can ruin your health.

Patrick Mustain, writing in Scientific American, came up with a great analogy about free radicals and antioxidants that pretty much tells you everything you need to know. He explained that free radicals are molecules or atoms that contain an unpaired electron, and these electrons can't stand being alone; they're looking for company and that makes them highly reactive.

Mustain wrote that free radicals are like your drama-queen friend who gets embarrassingly drunk at a party, stumbles into things, breaks them, and in general creates a huge mess. Antioxidants, though, are the sober, loyal friend who corrals the drunken free radical, calms it down, gives it some coffee, and if necessary, holds its hair back while it upchucks into the commode.

In the body, this "drunken chaos" that the free radical might have caused manifests itself in the form of aging in general, heart disease, cancer, bad eyes, bad hair, bad skin, and internal organs that sputter along like horribly constructed Russian automobiles.

Antioxidants can prevent much of this from occurring, but that's not what's happening, at least not the way we use them in America. In fact, the way we use antioxidants paradoxically creates MORE free radicals, furthering the damage we were trying to ward off in the first place.

In effect, the sober friend who was supposed to keep the drunken drama queen from amping up the crazy just chugged a bottle of Jägermeister herself and became just as destructive as the drunkard.

The right kind of free radicals, in the right amount, and at the right time, are crucial to human health. Immune cells use free radicals as weapons against bacterial invaders.

Exercise itself generates free radicals, but these free radicals instruct cells to make their own antioxidants, which appear to be responsible for a lot of the health benefits derived from exercise. However, a study from a 2014 edition of Nutrition and Food Science concluded that the wrong type of antioxidant supplements can "abolish the beneficial effects of exercise."

You'll also find scores of studies to even suggest that indiscriminate antioxidant usage interferes with post-exercise muscle growth and recovery. What's infinitely worse, though, is that using antioxidants incorrectly can slowly erode your health and even significantly shorten your lifespan.

The problem doesn't have anything to do with the antioxidants in general, but the use of large amounts of single, over-hyped antioxidants and not in combination with thousands of their brethren, as you'd normally encounter by getting your antioxidants through whole-food sources.

Let's say you've just eaten some flaky cheddar biscuits that were sprinkled with the herb thyme. Cool, because the herb contains at least 30 known antioxidants. These antioxidants, like our analogy about the friend who helps her drunken friend, donate electrons to free radicals. Unfortunately, that turns the former antioxidant into a free radical itself.

No worries, though. It picks up an electron from another one of the antioxidants in the thyme, making the next one a free radical, too, only one that's less reactive than the first. This continues down the line, each antioxidant loaning an electron to another, summarily decreasing the damage they might otherwise do to proteins, lipids, or DNA.

But if there's only one antioxidant present, courtesy of the giant horse pill of a vitamin C tablet that ratcheted itself down your esophagus, there aren't any other antioxidants present to buffer it. You end up with potentially 1,000 mg. of additional free radicals, which is not what you intended.

Do this enough times to enough cells and you can do widespread damage to organs and, consequently, the body. Clearly, antioxidants need to be reconsidered and taken in a specific manner.

If you were even vaguely conscious while reading this article, you've figured out that different types of antioxidants should be taken together, and the best way to do that is through the foods that contain them.

Be aware that there are thousands of antioxidants, and no conventional supplement, i.e., a drugstore "antioxidant formula" is going to do what you need it to do. It's quite likely these formulations wouldn't provide the buffering effect you get and need from ingesting multiple types of antioxidants at the same time.

To spell it out, you need to regularly ingest a large variety of fruits, vegetables, other foods that contain a variety of antioxidants, or a supplement like Superfood that's made of an array of whole foods (18 fruits and vegetables) that have simply been dried and powdered.

However, almost everybody occasionally, if not regularly, eats processed food, which is arguably the worst generator of free radicals. Each and every bite is an assault on your health. 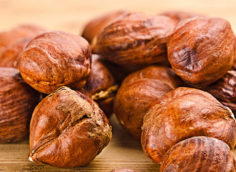 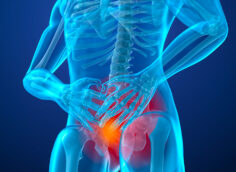 How important is prostate health? Well, most men will get prostate cancer if they live long enough. Cut the risk by eating these two foods.
Health & Longevity, Nutrition & Supplements
TC Luoma October 7 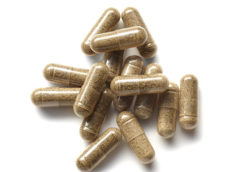