You've heard the scary truth. The omega-6 to omega-3 ratio in the typical North American diet is so heavily skewed towards omega-6 (10:1 or even 20:1) that many of us are just dead men (and women) walking.

Too much omega-6 versus omega-3 leads to catastrophic levels of systemic inflammation that lights your joints on fire and makes you fat, and all but ensures you receive an early visit from the Grim Reaper in the form of heart disease.

It's a good old-fashioned bedtime scary story. But that's all it is – a story.

The Most Famous Nutritional Bedtime Story

Similar to how Robert Southey published "Goldie Locks and the Three Bears" as a means of helping parents teach their children about respecting peoples' privacy and property, the omega-6/omega-3 ratio has been used as a means of scaring people away from cakes, cookies, pies, and other highly-processed gut expanding products.

While I agree many people need to step away from the dessert table, there are lots of valid reasons to do so that actually impact human physiology.

In a previous article I covered the biochemical basis of how omega-6 fats such as linoleic acid and arachidonic are converted into pro-inflammatory compounds. You should read that article first and then come back. Don't worry, I'll wait.

Biochemistry Textbooks Versus Your Body

The next area that we need to look at concerning the omega-6/omega-3 ratio is the disconnect between textbooks and your body. Biochemistry textbooks paint the picture that the conversion of omega-3 and omega-6 fatty acids is very simple and straightforward. Well, I'm here to tell you that it isn't.

In other words, when you eat a handful of walnuts, the linoleic acid in them doesn't automatically transport to the body's "inflammation factory" and get turned into a highly inflammatory, physique destroying prostaglandin – it doesn't work that way.

A lengthy 2011 review published in Nutrition & Metabolism entitled "Increasing dietary linoleic acid does not increase tissue arachidonic acid content in adults consuming Western-type diets: a systematic review", concluded that there's "no evidence to suggest that changes in dietary linoleic will modify tissue arachidonic acid content in an adult population consuming a Western-type diet." A Western diet is a good model in this situation as it's high in linoleic acid.

Dietary Advice Relevant to You

As T Nation regulars, most mainstream dieting advice just isn't relevant to you. You're not going to eat "3 squares a day" loaded with grains and devoid of protein. You avoid mayonnaise and food loaded with corn, safflower, and soybean oil. Data about the null effects of a high linoleic acid diet doesn't impress you, as you don't eat that stuff anyway. You eat a carb controlled diet heavy on eggs, vegetables, and a variety of yummy animals.

In your case, the pseudo negative effects of linoleic acid aren't an issue. Arachidonic acid, on the other hand, potentially is. With arachidonic acid, no conversion to another fatty acid is required – it just needs to be inserted into your cell membranes and it's ready to use.

The authors suggested that based on the findings of this study and other studies that low carbohydrate diets can actually preserve arachidonic acid membrane levels.

Get on the Fatty Acid Offensive

So if modulating your omega-6 fats through your diet to reduce inflammation (unless we're talking about GLA) is a waste of your time, what can we do instead?

Number one is to go on the offensive with fish oil. Increases in dietary EPA and DHA lead to increases in EPA and DHA levels in your membranes. Dr. Bill Harris refers to the percentage of fatty acids in your red blood cells that are EPA and DHA as the Omega-3 Index. It's a robust marker of health and it shows the direct changes of increased EPA and DHA intakes on biochemically areas relevant to inflammation.

Think of it this way: your cell membranes are full of with omega-3 and omega-6 fats. When it comes time to create eicosanoids (pro- or anti-inflammatory molecules), a fatty acid will get clipped from the cell membrane and then get converted.

So the more omega-3 fats that you can pack into your membrane, the greater the probability that an omega-3 fat will be picked and clipped, which leads to the formation of anti-inflammatory (or at worst inflammatory neutral) compounds. This is why the absolute amount of omega-3s in your cell membranes is what really matters.

That's right. The all-important ratio of omega-6s to omega-3s in your diet doesn't translate to your cellular membranes, the very place where the inflammatory weaponry is forged. And eating a diet relatively high in linoleic acid doesn't lead to changes in arachidonic acid levels, at least not in ones that translate into increased inflammation.

What matters is the total amount of long chain omega-3 fats (EPA and DHA) in your diet. Focus on this for a good 15 seconds each day when you take your Flameout® and you'll be all set.

Stop wasting your time tabulating the ratio of two subclasses of fatty acids that don't really matter in the grand scheme of things. You're not an average American – you're a T-man – and except for walnuts and the occasional teaspoon of toasted sesame seed oil in a stir fry, you wouldn't even look twice at any of the top 25 sources of omega-6 fats in the typical diet or the foods that they're found in.

And even if you did eat a ton of walnuts and did daily shots of sesame seed oil, dietary linoleic acid does not readily find its way down the biochemical conversion pathways to be turned into pro-inflammatory compounds.

So eat clean, take 4 Flameout® a day, and go lift some heavy stuff! 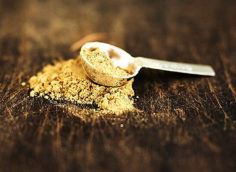 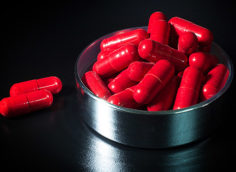