Most of us aren't big fans of conventional dairy due to poor production, poor quality, loss of important fatty acids, and maybe even high estrogen content. But here's something you may not know: Dairy from pasture-raised grass-fed cows is an entirely different animal.

Since these cows are actually allowed to eat what they were designed to eat, their milk quality is vastly superior – containing more actual nutrition like vitamin A, vitamin K (in the more powerful form of K2), omega-3's, and CLA. In fact, grass-fed cows have been found to contain up to 500% more CLA than their conventionally fed brethren!

You'll notice that all of those compounds are either fatty acids or fat-soluble vitamins. That's right, many of the benefits of dairy come from its fat content, regardless of the fact that it's mainly saturated.

CLA has been shown to be a powerful ally in the fight against cancer, and has been found to greatly reduce tumor growth in animals, and possibly in humans as well.

In a Finnish study, women who had the highest levels of CLA in their diets had a 60% lower risk of breast cancer than those with the lowest levels. Simply switching from conventionally raised grain-fed meat and dairy to pasture-raised grass-fed versions would have placed all the women in the lowest risk category.

But forget about the health benefits for a second. Let's talk about muscular growth. Researchers compared skim milk to whole milk in the post-training period to see which would produce greater anabolic effects. They pitted 14 ounces of skim milk against 8 ounces of whole milk to make them calorically equal.

Theoretically, the results should be even or in the favor of skim milk, since it had six more grams of protein. The research showed that whole milk was more effective than skim, despite having less protein and equal total calories. Another notch in favor of whole-fat over fat-free.

So, for those of you busting your ass to gain some size, why in the world would you choose low-fat or fat-free dairy options? You're trying to sneak calories into your diet, not out of it! Full-fat versions, especially from grass-fed cows, are vastly superior for health and for growth.

Here are some specific food recommendations: 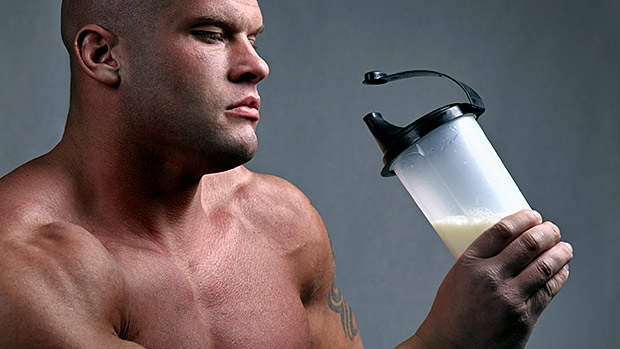 Whole milk used to be a staple of the old-school bodybuilding crowd, and was successfully used by innumerable men in the quest for more mass. It provides a lot of easily consumed calories, a nice blend of whey and casein, as well as a good dose of electrolytes – calcium, potassium, magnesium and some sodium. It also offers a good source of vitamin A, vitamin D, and a few B vitamins to boot.

These are also very high in calories, especially cheddar cheese. Cheddar cheese is one of the best sources of vitamin K2 due to the fermentation process, as well as providing relatively even amounts of protein and fat without any carbs. Cottage cheese is an incredible source of protein, and the full-fat versions are again more calorie dense.

Cream, especially the heavy whipping kind, is extraordinarily calorie dense. This can be a great addition to smoothies as it improves mouth-feel, flavor, and just provides a ton of calories for those looking to pack on muscle mass.

You work out. You're trying to improve your diet. And you're still too damn fat. What's going on? Check out this list of tricky body-comp saboteurs.
Diet Strategy, Dietary Myth Busting, Losing Fat, Nutrition & Supplements
Dani Shugart July 21 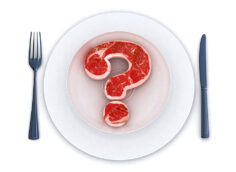 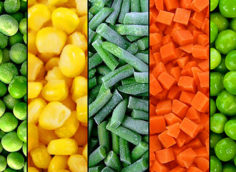 An Inside Look at the Protein Business
Nutrition & Supplements, Performance Proteins, Protein
TC Luoma May 3