Bodybuilding definitely has its good side and its bad side. The good stuff can be really good. The simple awareness of a bristling pump, a new personal record lift and the constant background satisfaction when you know you're growing or leaning out: all are great examples. But there is a dark side.

At the very top of this steamy pile of really bad things is something called injury. I now understand it. For years I scoffed at injury. It was something that happened to other lifters, not me. I was a juggernaut: Focused. Progressing. Executing proper form. Moving respectable weights and taking home trophies.

In fact, right up until last year, I was explaining to Mark Verstegen (perhaps the world's premier go-to guy for professional athletes) that I've never had a major injury. Never. I only vaguely realized that, as someone with about twenty years of heavy training under his belt, I was doing pretty good.

Then I got hit.

An old but always benign soccer injury to my ankle returned during a simple walk of my spazzy chocolate Lab. A lousy walk, of all things! Four times that year I found myself on my back and screaming after "standing" on my 90-degree-bent ankle as if it were the sole of my foot. The stability is now gone. I mean gone. Then my lower back started screaming for attention right about the time my sternum was injured in a car wreck this past fall.

I was indeed mortal. Many T-Nation readers are blissfully unaware of injury, but those of us who've met this physique and psyche-ruining invader know it can be a powerful enemy.

"Take six weeks off, ice it, avoid anything that hurts and take 800mg of ibuprofen every four hours." This is something you may have heard from your doctor or physical therapist. It's often good advice, but what about the long haul? Is there anything we can do to bolster our defenses?

Fortunately, especially for those of us in our 30's and beyond who are more susceptible, there are a few nutritional and supplemental tricks to consider.

Dorian Yates, as I recall, was a big proponent of vitamin C during his years of especially heavy training. Did it keep soft tissue injuries at bay (at least for a while)? It may have played a role.

Yates was notorious for abusive training loads; he was a "power bodybuilder" that guys like me could really identify with. Perhaps it was the ability of ascorbic acid to form hydroxyproline and hydroxylysine in soft tissues that kept his muscle tears at bay until later in his superhuman career. Also, any resulting weakened tendons caused by androgen use may have been granted a little more life due to nutritional support like this.

I currently take 250 mg of vitamin C in addition to a "multi" and C-rich foods because, however small I may be by Yatesian standards, I too beat myself down in the gym pretty good. I need as much soft tissue recovery as I can get. This is doubly true as I rebuild injured body parts.

But what about osteoarthritis? Talk to several veteran trainers and you'll see that it does happen. My first boss and mentor, Jim Timberman, had a way-impressive physique (including 18+ inch guns) into his early 50's. But time had taken its toll on his joints. While high dose vitamin C may actually worsen this natural degenerative malady (see my Evil Antioxidants article) there is indeed something that can fight it and even treat existing articular cartilage breakdown.

Sure, you may have heard that glucosamine might have negative effects on leanness, but the research behind it regarding joints is just too juicy to ignore. Data suggest it just may keep you training by literally regenerating those joints and keeping them working smoothly.

Anecdotally, about two-thirds of people respond to treatment after about two to three months. This is a statistical confounder, but we shouldn't completely dismiss those who swear by it. And you certainly shouldn't ignore the studies that suggest a benefit. (2) Perhaps the irregular efficacy of chondroitin sulfate is due to the failure of some products (especially cheaper ones) to meet label claims. (1)

Although far from the recommended 1.2 grams of glucosamine and chondroitin daily that's used in several studies, I seem to benefit from one or two tablets in the evening. Along with purposeful hip flexor stretching and a serious effort to avoid cushy, slouchy furniture and laptop use in weird positions (enabled by my wireless network), I'm experiencing remarkable lumbar recovery! I hope my beat-up shoulders benefit too. Stay tuned.

Newer research is showing some fascinating links between cartilage preservation and fish oil. (5) When combined with the well-established anti-inflammatory effects and potentially anti-catabolic effects of EPA and DHA, this potential cartilage protection is something to get cautiously excited about. How many of you have degenerated discs or mild arthritis?

I use three to six capsules of fish oil on most days. Many bodybuilding writers suggest double or triple this, but I feel it's plenty as a more or less ongoing affair.

Oh, and we can't forget supplemental approaches such as SAMe and MSM. But in my opinion these treatments lack enough direct research support and may not play as much of a role in actual soft tissue rebuilding as some of our other options. Nonetheless, some people swear by them and they may be another possibility for joint pain when other measures are already being taken.

Did you know that clinical protein recommendations are typically ramped up by 50% or more (from the usual paltry 0.8 up to 1.2-1.5 grams per kg) for skeletal injury and trauma? Or that related energy (kcal) needs rise by 20-35% depending on your clinical method of calculation?

Granted, you're probably already accounting for the protein if you're anywhere near a gram per pound of bodyweight, but some guys get so busy they have to struggle to get in even 20 grams every few hours. During times of injury repair we simply must not slack off! Portable protein sources such as MRP's, or a can of salmon or tuna can help.

Calorie-wise, we need to keep a log to stay on track – not too much or too little – after that aforementioned 20-35% adjustment for a couple weeks regarding hypermetabolism and healing. Of course, we need to be realistic when considering the extent of our injuries; a willy-nilly hike of 30% in kcal intake for a broken pinky finger is more indulgent than it is rational or corrective.

We could go on and on about nutritional healing possibilities, like 1500 mg of daily calcium for skeletal trauma (and even fat loss while struggling to stay lean during the downtime), zinc for wound healing, etc., but I think I've given you enough to consider for now!

Nutrition Intervention for the T-man

The psychological trauma to an injured athlete is far worse than that which merely inconveniences a sedentary guy. (6) It can rob him of his very lifestyle. It's even in the scientific literature, as if we needed such validation:

"The highly motivated athlete requires special consideration of the psychological aspects of coping with injuries or medically-imposed limitations on their activity level." Woodfin

One way to maintain your lifestyle, feel enabled and stay positive is to become part of the treatment process. Nutrition intervention is a good example.

I once heard Dan John say that surgery is a way of telling you that you've been overdoing something. But most importantly, Dan's demeanor was nonchalant. It was as if he was saying, "Aw, just get into the shop, get the repair and get back into the race." He doesn't know it, but this really made me feel better. I'm almost stoked now to get my ankle surgery (and at least a sternum X-ray), while focusing on diet and cardio exclusively for a month following these repairs.

Once when I was talking with Ed Coan, he told me that a major focus of his was to avoid injury. Not to try the latest training gear or trendy training regime, but to just stay healthy and stay under those nosebleed weights of his. This kind of purposeful focus on prevention and ongoing healing is elegant in its simplicity.

Eddy Coan doing what he does best.

Do you do it? I mean, do you actually chart minor and major injuries in your training log? Ah, maybe you're invincible. Heck, I used to be. I didn't notice many things until they were gone. But now I realize that I'm simply not under a heavy bar when I'm struggling with lumbar discomfort or severe tendonitis or arthritic, grinding shoulders. And when I'm not under those weights, I'm not growing. This is unacceptable!

So along with some of the nutritional defenses presented herein, let's all take a page out of Coan's book and purposefully give some attention to ongoing injury prevention. Eddy has learned to stay away from the dark side, and if he can do it, so can you.

2. Hungerford, D., et al. Use of nutraceuticals in the management of osteoarthritis. J Am Nutraceut Assoc (reprint) 3(1):: 1-8. 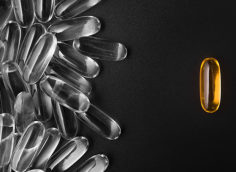 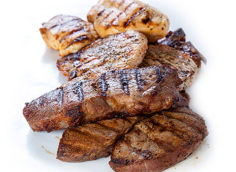 Despite the prevailing myth, you can and should eat more than 30 grams of protein per sitting. But exactly how much? Info here.
Bodybuilding, Nutrition & Supplements, Performance Proteins, Protein, Tips
TC Luoma February 17
Last week, John Berardi, Lonnie Lowery, Cy Willson, and that annoying Jared kid from the TV commercials discussed different aspects of carbohydrate metabolism. When last we left them, they were about to start explaining the differences between individual types of carbohydrates.
Feeding the Ideal Body, Nutrition & Supplements
John Berardi, PhD October 4