In the strength sports, there are two primary forms of competition – weightlifting and powerlifting.

Weightlifting includes the snatch and the clean and jerk (performed as one movement) while powerlifting involves the squat, deadlift, and bench press. While the competitive goal in both sports is to lift as much weight as possible, they're also remarkably different in several key areas.

Whether you're new to lifting or a seasoned strength trainer looking to take up competition, understanding these differences is critical.

The name "powerlifting" is really a misnomer. Lifting with power implies an element of speed or explosiveness, but weightlifters generate more power and move at higher velocities than powerlifters at all percentages of 1RM.

Although the start of the powerlifts is explosive, the ensuing movement is performed at a slow velocity due to the heavy loads and the biomechanics of the lifts. Numbers-wise, the big 3 powerlifting movements typically produce approximately 12 watts per kilogram of body weight in male athletes.

However in weightlifting, the second pull in both the snatch and clean average 52 watts per kilogram for male athletes. That's over four times as much power as the supposed "power" lifts!

Furthermore, while power levels decrease in both weightlifting and powerlifting as the weight on the bar approaches 100% of 1RM, the reduction in power is far more significant in powerlifting, again due to the biomechanics of the lifts.

In powerlifting, power output can be twice as high for a 90% of 1RM bench, squat, or deadlift as compared to a 100% of 1RM lift. This significant decrease occurs because of the dramatic increase in time it takes to complete the lifts as the resistance increases.

Finally, what other benefits are there to greater power requirements? Try bigger quads, hams, and pecs. Studies have shown weightlifters have slightly larger fiber areas for all major fiber types as compared to competitive powerlifters. The larger area of the IIA fibers in particular is thought to be a result of the greater power generation required for weightlifting.

It's not all doom and gloom for powerlifters. Powerlifting's high force, low velocity movements are believed to be best for developing muscle strength.

Further, another benefit of slower speed training (e.g., 2 seconds up, 3 seconds down) is that it's believed to be very good for developing hypertrophy. Time under tension is an important consideration when training for hypertrophy, and as rep speed slows, the time the muscle is under tension increases.

Weightlifting movements on the other hand, are executed explosively, and aren't the best approach for hypertrophy. As a real-world example to balance out all the science, how many bodybuilders do you know perform cleans, jerks, or snatches as part of their training program?

It should be noted that most periodized strength training programs for athletes do include a hypertrophy phase, typically early in the off-season. This hypertrophy phase generally serves two purposes.

First, an increase in muscle size can lead to superior increases in strength, as bigger muscles are generally stronger. These strength increases can then assist in maximizing power, which, for most athletes, is the primary goal of training.

Second, increased muscle mass leads to increases in bodyweight, and depending on the athlete (e.g., offensive linemen), it can be another performance advantage.

Weightlifting involves movements that emphasize both high force (squats) and high velocity (cleans) exercises, which is believed to be the best approach for developing strength, power, and speed. This allows for performing heavy load and high velocity training simultaneously.

Weightlifting movements and related training exercises (hang pulls, hang cleans, power snatch, power clean, push press, power jerk, etc.) are also valuable for developing explosive power, as the goal is always to move the bar as quickly as possible, regardless of load. This focus on bar speed may result in greater motor unit synchronization and increased rate of force development.

Finally, weightlifting programs are advantageous for increasing speed. This occurs because of the combination of high levels of force development and improved contractile speed required when performing high force, high velocity training.

Increasing 1RM strength is only valuable in a few athletic activities, such as powerlifting. The majority of sports require strength at fast velocities (i.e., power).

It's a popular belief that as slow velocity strength increases, power output and dynamic performance will also improve. This is true to an extent, because maximal strength, even at slow velocities, aids in the development of explosive power as all explosive activities start from a still position or slow velocities.

However, to maximally improve power, both the force and velocity components must be increased. Research has shown that combining heavy resistance and high-speed training may be more effective than focusing only on high force or high power.

Training programs that emphasize high force seem to primarily improve force at the high end of the force-velocity curve. In contrast, high power or high velocity training seems to focus greater improvements in force development at the high velocity end of the spectrum.

While high force resistance training improves maximum strength, it doesn't significantly improve power output, particularly in athletes who've already developed a base level of strength. This is because movement time is typically less than 300 ms during explosive activities and most of the increases in force can't be realized during such a brief time.

In the end, perhaps a combination of weightlifting and powerlifting training is best?

Also important is an understanding of the correct progression leading up to performing these movements, minimizing injury potential.

A small number of studies have evaluated injury rates of speed-strength training such as those used in weightlifting. One challenge with this type of study, from a practical standpoint, is that training is usually performed in conjunction with other types of exercise including sport-specific work and team practices; hardly an objective look at the injury potential of just weightlifting.

As long as the weightlifting movements are performed with correct technique and proper equipment, they're as safe or safer than other sports or training activities. Zero evidence exists showing that weightlifting causes excessive injury. The fact is, the rate of injury in weightlifting is lower than many sports, such as football, basketball, and gymnastics.

While injury does occur in both weightlifting and powerlifting, injuries are not common. 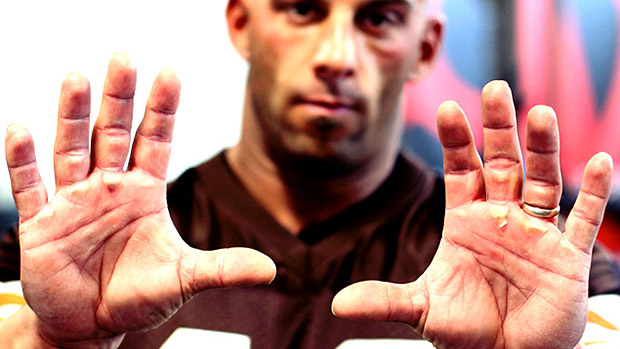 Still confused whether weightlifting or powerlifting is the right course of action for you and your fitness goals? Here's a summary:

There is considerable confusion among non-lifters and gym rats alike concerning the differences between weightlifting and powerlifting. While both sports involve barbells, plates, weights and a big intangible – commitment – they differ in fundamental ways that deserve attention.

As for the best approach? Well, as always, that depends upon your goals.

It's one of the best lower-body exercises in existence, but there are many ways to do it. Have you tried them all?
Bodybuilding, Glutes, Legs, Training
Nick Tumminello April 20

Can the Bulgarian split squat build legs as well or even better than the back squat? Before you answer, read this.
Bodybuilding, Powerlifting & Strength, Training
Ben Bruno September 22

A simple technique that forces you to use better form and full range of motion. It'll burn like heck, but you'll like the results!
Bodybuilding, Training
Ben Bruno September 4