Manipulating your hand position or grip can make a big difference in the training effect you get from your workouts. And some of the chronic pain you've been experiencing can often be relieved by simply making a few tweaks with the hands.

We can train grip strength through exercises like loaded carries, fat-grip training, and farmer's walks. As a by-product to grip strength and forearm growth, the development of the traps and shoulders should notably improve, since the time spent under tension for all these muscle groups will be much higher than before.

However, we're not just out for strength, we're also looking to add muscle. So what we do with our hands on the bar matters just as much in our compound exercises.

Pressing: Use a False Grip 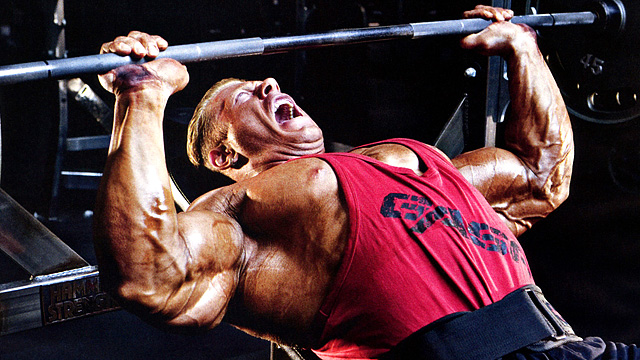 Many lifters who lack strength in pressing exercises like the barbell bench press or standing press have poor wrist positioning going into the exercise. Wrapping the thumb around the bar may encourage a stronger gripping force, but it can discourage the bar from sitting right over the bones of the forearm for a continuous line of force.

It can be quite difficult for a lifter to keep a closed thumbs-over grip while also maintaining a stacked position over the forearm – in my experience the wrist often breaks backward, at least slightly.

Disclaimer: I don't recommend a false grip if you're not already an intermediate level lifter with a few years under your belt. The "risk" factor of this grip is definitely higher, as the bar is nested in a less than secure clasp of the fingers.

Another benefit of the shift in bar placement is that you don't have your thumb available anymore to squeeze the bar with, which in turn shifts a portion of the activation to the triceps.

As Dave Tate has said, squeezing harder into the palm of your hand with your pinky finger will incorporate more of the arms than using the thumb to contribute to a full gripping force.

Pulling: Hand Spacing and the Deadlift

The choice of hand spacing in a conventional deadlift should be based upon making the movement as efficient as possible. Often I see lifters use too wide of a foot position, with the toes still facing forward and the hands even farther outside the already wide shins.

It just means greater pulling space, which doesn't make for the most efficient movement. Remember that gravity pulls downwards, so we want our force application to be as close to perpendicular to the floor as possible to counter this.

Our body's midline is already perpendicular to the ground, so what we do with our extremities is the most important part – hip-width foot position and hands located just outside the shins will do the trick. You'll be in line with physics and will also have the shortest pulling space, which should lead to your heaviest deadlift of all time. 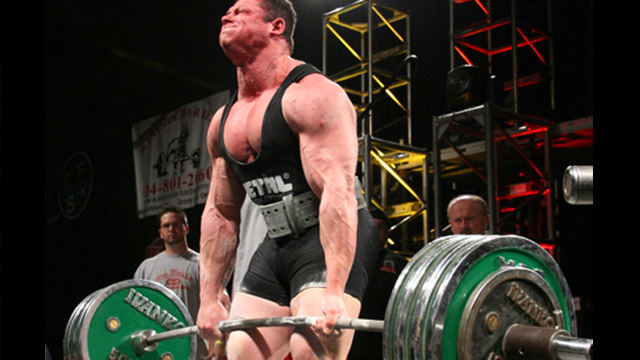 Though I'd hardly recommend a novice lifter start using a mixed grip to deadlift, I wouldn't say it's solely responsible for causing muscle imbalances.

A mixed grip can sustain strength endurance and improve overall grip strength on a barbell by preventing the bar from rolling out of the hands due to the force direction being different between hands.

However, people start to mess up by always using the same mix (say, the left hand overhand with the right hand underhand) for all sets, light and heavy alike, for all deadlift variations.

Common sense should tell you that endless sets of lifts with one arm internally rotated and the other externally rotated will lead to some serious issues down the road, especially if you deadlift all the time.

Save the mixed grip for your heaviest sets, if you need to use it at all. There's a big difference between using them for 2 or 3 sets of 5 reps or fewer, versus all your ramping sets, work sets, and variations.

Many lifters – especially those who are more muscular, or carry more size – will have less than optimal mobility. Throw heavy back squatting into the mix and you have a recipe for joint discomfort.

Restricted range of motion in the shoulder capsule can make it difficult to grab hold of a barbell behind the shoulders when back squatting, especially when the elbows are being actively forced under the bar.

On a tight guy, this popular cue will force the entire arm further into external rotation, which is already limited in range. All this tension only wreaks havoc on the elbows, which are forced to come along for the ride.

To adjust this, I prefer following Mark Rippetoe's cues and raising the elbows behind the bar. This will do two things:

Raising the elbows doesn't have to be exaggerated – a few inches back will suffice. For reference, watch this video for an example of what it looks like in action. 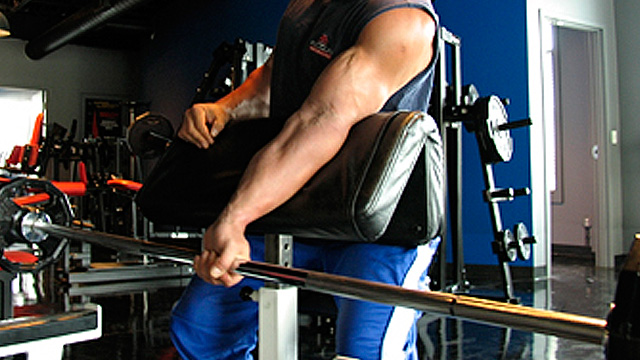 Perform dumbbell curls with your thumb all the way to one side of the dumbbell. This adds plenty of short head activation as the biceps now have to resist pronation of the arm while also curling the weight up.

I've also found that a "broken wrist curl" is a great way to isolate the biceps by removing any forearm involvement from the lift. To perform them, simply hold dumbbells or a barbell with a "loose" wrist: keep the palms facing forward. Let the knuckles face the floor, and keep that broken wrist angle for the entire range of motion of your curl.

You won't be able to pull as high, nor will you be able to lift nearly as much weight. This can be a real eye opener to show just how much work the forearms do to contribute to an elbow flexion exercise.

To make lifts more challenging for your muscles, or to make lifts easier on your joints, it sometimes comes down to simply looking at the first step of your set up – how you grab hold of the bar. Doing so can be the difference between making you Superman or Super-mangled.

This grip strengthening method is flat-out nuts, but it works remarkably fast. Check it out.
Tips, Training
Christian Thibaudeau March 28

Use this lift to train your deadlift lockout and build your back and traps.
Deadlift, Exercise Coaching, Powerlifting & Strength, Tips
Jason Brown October 8

The difference between a stalled deadlift and a new PR is explosiveness. Here's how to start pulling like a pro.
Deadlift, Training
Eric Bach January 7