If lifting weights is just a “hobby” and you never plan to take it more seriously than that, then these tips aren’t for you. But if you’re ready to step up and make the switch from exercising to actual training, I’ve got seven paradigm-shifting hacks that will allow you to make that journey in record time.

These seven tips take you from amateur to pro. When you’ve embraced and implemented all seven of them, you’ll be well on your way to joining the ranks of elite strength and physique athletes. Perhaps even better, you can also apply these mindsets to any other area of your life with equally impressive results. But first, let’s talk about what I mean by “turning pro.”

If I had to list the most profound books I’ve ever read, one of them would be Steven Pressfield’s The War Of Art. Pressfield lays out a compelling and practical strategy for overcoming your self-imposed roadblocks whenever you attempt to better yourself in any significant way.

Your goal may be to start a business, write a novel, lose fat, or get a college degree. In fact, the more important a new venture is to your personal development, the more powerful the roadblocks (which Pressfield calls “The Resistance”) will be. Fighting this Resistance is the “war” referred to in the book’s title.

In short, becoming an effective soldier in the war of personal development hinges on your ability to make the shift from amateur to professional. Pressfield has very specific definitions for these terms, which have nothing to do with whether or not you’re making a living from your “art.” Instead, they have more to do with your attitudes and habits. Since being an amateur comes easy to all of us, I’ll show you how to “turn pro” with the following seven strategies:

Dan John often says that most of success is just showing up. I agree. Even a half-ass workout is far more valuable than skipping it altogether. Amateurs naively expect every workout to be a wonderful experience. Pros are grateful for the times they do go well, but are prepared to go to work in the face of adversity. While the amateur celebrates every minor win, the pro embraces the old weightlifter’s creed, “There is no joy in victory, no agony in defeat.”

As I reviewed my training for 2013, I quickly noticed two things: 1) It was the best year of training in my entire life, and 2) I was the most consistent I’ve ever been in my life.

Sure, I had plenty of lackluster workouts, and a few of them were in fact absolutely shameful. That said, I managed to complete 179 sessions so far this year, and several of those sessions were absolutely stellar.

It’s funny how when you just show up, you at least have a shot at being successful.

Malcolm Gladwell has popularized the notion that it takes at least 10,000 hours of “deep practice” (which entails working at the outer limits of your ability, not simply doing stuff you’re already good at) to achieve mastery in a particular endeavor.

Now look, according to Soviet literature on the subject of reaching one’s athletic peak, it’ll only take you between 9 and 13 years, which isn’t quite as bad. But in either case, if you’re an amateur looking for a quick fix, you’ll quickly be lapped by your more professionally-minded peers. You need to commit to the journey. 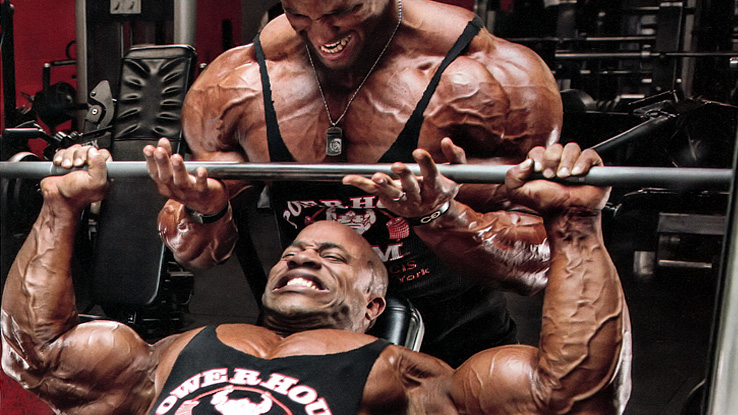 According to legends, ancient martial arts masters used to require new students to spend their first year cleaning the floor and performing other menial tasks. Why? Because the master cannot afford to waste his time on those who hold amateur mindsets.

Most of us here at T Nation are interested in getting bigger, leaner, and stronger. While these attributes come fairly quickly at first, before long the “beginner’s gains” are all but a fading memory. It’s at this point that the pros differentiate themselves from the amateurs.

Once you’re more than say, 5 years in, gains will be slow. At the 20-year mark, you’ll be happy to put 10 pounds on your best squat, or to gain 3 pounds of muscle. If that sounds like too much to deal with, better to quit now because it’ll only get worse as time goes on.

The body thrives on routine, and the best athletes know it. Drug and character issues aside, Lance Armstrong was a great example of athletic structure. Every day was as tightly and carefully scheduled as the corporate CEO of a Fortune 500 company. Armstrong often said he not only thrived on monotony, he actually reveled in it. That’s not to say that your life has to be totally boring in order to be successful, but a certain level of structure is an absolute requirement.

You can’t succeed in the gym if the rest of your life is chaotic. Staying out late, missing meals, forgetting your gym bag, stressing out from fighting with your girlfriend – these are all reliable signs that you’re still an amateur.

Throughout my career as a strength coach, I’ve seen lots of great athletes with great attitudes and questionable practices, but no great athletes with poor attitudes, no matter how valid their habits may have been. The problem with excuses is they’re so easy to find, so tempting to use.

When I first started working with coach Eric Helms in my quest to drop about 20 pounds of body fat, I quickly found I wasn’t prepared. The macros he wanted me to eat were so alien to me, I might as well have been in some foreign country looking at a menu I couldn’t read! I immediately sent Eric an e-mail letting him know that I needed to postpone my start date by two weeks.

I then made a dedicated trip to the grocery store where I made a careful search for foods and meals that I would be able to eat on my new meal plan. I took photos of nutrition labels, went home, and started putting together eight “stock” meals that added up to the daily macros I needed.

For the first three weeks, I ate nothing but those eight meals so that I could make things as simple as possible while I adopted my new and unfamiliar eating habits. After the initial shock wore off, I started adding additional meals to my menu.

By the way, I hope you’ve already noticed the synergy between points four and six: The more structured and organized your life is, the easier your preparation is.

7 – Don’t Over-Identify With Your Results

This final admonition is perhaps the most important. Amateurs often fail to develop the previous six habits for fear of failure. Pros, on the other hand, have no such fear because they realize that they and their work are different entities.

Think about it, if your entire sense of well-being is inexorably hinged on whether or not you succeed at your avocation, it’ll take a giant set of balls to commit to the level you’ll need in order to succeed. If you only make a half-hearted effort, you already have a justification for failure – a build-in exit strategy.

Amateurs base their entire self-worth on their results. Pros, on the other hand, simply go to work, day after day. They don’t get overly excited over good workouts and they don’t lose any sleep over bad ones, because they know in both cases, they’ll still be going back to work the next day, just as they always have. Ten years later, when asked about their “overnight success,” they just smile and shake their head.

Having been behind the scenes in the lives of some very successful athletes, I can tell you that the reality is much different from what most people would imagine. The most successful athletes – those who are truly pros – are exceptionally devoid of drama. They simply go to work each and every day.

The best Olympic lifters and powerlifters possess a monk’s mentality. Every day is the same thing – just you and the barbell in a private war of wills. Once you’ve gotten past the beginner phase, it’s always a grind. Most of the time the bar wins, but on occasion, every so often, you’re the one who emerges victorious. And then the next day, it’s back to the grind all over again.

So if you’re ready for your pro card, you’ll need to patiently commit to the process in a structured and organized way. Prioritize incessant preparation and never make excuses for your failures, even if those excuses are legitimate.

Finally, training is what you do, not who you are. Create a healthy degree of separation between yourself and your talents. Only then will you have the freedom to commit yourself fully to your craft. Do all this, and all that’s left is to collect your medals.