It was random circumstance. At a strength and conditioning workshop I overheard two of the speakers raving about an energy drink as a pre-workout supplement. Being a caffeine/stimulant researcher these past four years and getting pretty adept at detecting the cognitive and neuromuscular effects thereof, I leaned in to hear more. When I heard one of them say "Spike", I butted in.

We discussed the nuances of different stimulants, as far as the perceptual effects. I bet many of you will agree that they do differ. Coffee doesn't perfectly equal pure caffeine, which does not quite equal energy drinks or pre-workout tablets. I've used Spike in tablet form, so I got curious. Ever the skeptic, I immediately pondered whether the effects I was hearing about were simply limited to cognition or whether there may be an actual motor nerve or muscular effect. I had to find out.

Stimulants and the Stretch Reflex

There's been an idea brewing (pun intended) in the back of my mind since I undertook some coffee research last year. What if the right dietary stimulant was used to augment the stretch reflex? I know for a fact this is a reproducible phenomenon. Indeed, I use it as an educational lab activity: We provide some prior eccentric stretch and the bar flies up with vigor. 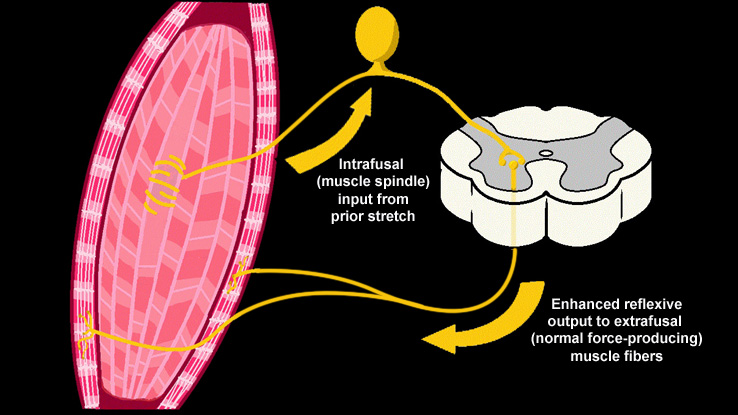 So, being less interested in a boost of my one-rep max, which has met with mixed results by researchers before (3, 7), I wondered what would happen regarding purposeful manipulation of more explosive performance. Call it speed work if you like. Simply put: I'd bathe the neuromuscular circuit involved in the stretch-shorten cycle with stimulant compounds and see what happens.

I ordered up a case of Spike® Shooter for my little investigation. Importantly, I had no delusions of grandeur. This wouldn't be a scientific demonstration, but a simple tinkering with nature, a simple observe-and-record, informal case example. I would attempt to remain objective. I'm not a coach but rather an insatiably curious nutritionist, physiologist and lifter. After all, on some level we all want to know what happens in our own bodies and lives. Below are my notes. 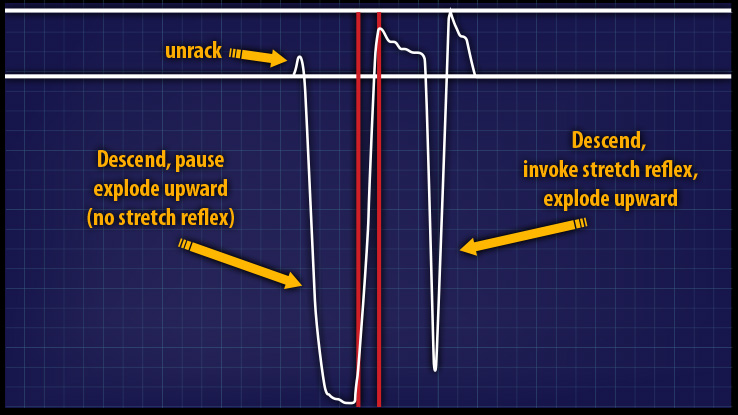 It came as no surprise that both the stretch reflex and the dietary stimulant (Spike Shooter) enhanced my explosive performance. I've personally seen this after ingestion of two cups of strong coffee, albeit more along the lines of single-digit percentages. The magnitude of change, however, was a surprise.

Rate of force development (the "dragster effect") in particular was of interest. I remind myself that my subjective sense of anticipation probably affected the results (1), but then this is how the situation would unfold in my daily training – there would be no blinding, I would know that I was drinking the Spike in preparation for the workout.

It was also surprising that the subjective cognitive/perceptual effects were different from my past experiences. Although I know different stimulant products offer different sensations, I lack a precise frame of reference for what I felt. This whole experience reinforced my conclusion that product-specific analysis becomes important.

I'm making every effort to sound neutral. I can only encourage readers to follow similar note taking "naturalist" procedures, and see how you feel and perform. Even if you don't have access to measurement devices, you should be able to shed light on your individual enhancement. Individuals vary considerably – including genetically (10) – in their responses to dietary stimulants like caffeine. This is even true of reflexive output. (2, 8)

Overall, I think I was able to bear-out the informal hypothesis. The drink enhanced my explosive performance and seemed to act even more strongly when engaging the stretch reflex. I'm intrigued enough to incorporate Spike into a specific workout regime in which I use it purposely on lighter speed days.

Look down at your gluteal junction the point where your caboose meets your hamstring and look for something called a gluteal fold. A well-developed hamstring/glute junction is smooth.
Training
TC Luoma August 21 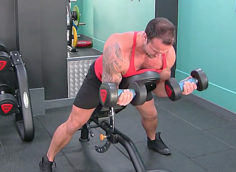 Q & A with one of the world's premier strength coaches.
Bodybuilding, Powerlifting & Strength, Question of Strength, Training
Charles Poliquin February 25

This cable exercise nails the clavicular pectoralis like nothing else. Here's how to do it.
Exercise Coaching, Tips
Christian Thibaudeau March 13