Let's cut the crap, okay? Let's cut out the elaborate programming, periodization, reps, sets, and time under tension. Throw all that out the window.

People get so emotionally invested in one type of training or another that the dogma clouds their judgment. Advise a powerlifter to do some kettlebell swings and he'll punch you in the face. Tell a guy who does nothing but calisthenics that deadlifts are awesome and he'll probably try to justify that backbends are enough (they aren't, compadre).

I'm sick and tired of people drawing such a hard line and differentiating training by the types of equipment. It's ridiculous. All equipment and modalities are just tools to help get the job done, and the job is to get you stronger, faster, more flexible, and more athletic. Full stop.

So let's step back a second and look at things using our awesome powers of pragmatism. In general we want to:

Let's start from the top down and decide what might be the best way to achieve all these things.

Upper Body: Ever see a gymnast? Dude was jacked, right? And way stronger than anyone in your gym. 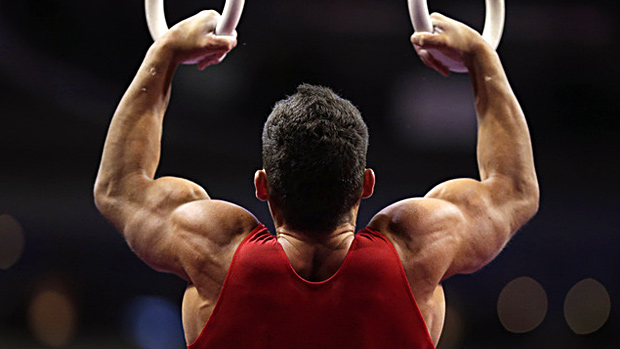 Common sense tells us that if we do some variant on gymnastic movements for the upper body, we're going to at least be moving in the right direction. And adopting gymnastic moves doesn't keep you from giving your arms a little extra aesthetic attention by the way of some curls and extensions thrown into the mix.

Core: The nice part about doing upper body gymnastics movements is that almost all of them encompass serious core training. This is great because we're killing two birds with one stone by sticking with upper body gymnastic movements. More simple, more easy, more better.

Legs: Take a look at Olympic lifters and powerlifters. To keep it simple you should: A) squat, and B) lift things off the floor in some way. This is going to make your body strong overall, not to mention that moving huge weights is badass.

If you don't move heavy weights at least in some way, you're just going to be one of those calisthenics-only guys who always wears long pants to cover up his legs.

Power: Being strong is lame if you can't move fast. Any self-respecting athlete is going to want to develop speed, whether it's expressed in sprinting or jumping.

Guess what? Common sense tells us that we're going to have to sprint and jump a lot. You know why those basketball players are so good at jumping? They jump a lot. Want to be faster? Sprint.

To sum it up, jump often and sprint in many directions, on both flat surfaces and up nasty hills.

Flexibility: Dance, ballet, and yoga. Yep, you read that right. If you're going to get flexible, it's probably best to choose some movements from these schools.

I generally choose things where you're using your own strength to control body movements. This is a better way to engage the nervous system to encourage long term and lasting adaptation.

Getting Shredded: No one ever became fat eating steak and carrots. You know what you're supposed to eat if you want to be ripped – just do it.

So let's put this all into practice in a sample training session. All of this should be viewed as one workout with different time blocks for different aspects of training. I'll add a sample workout at the end.

3 sets of:
A1. Olympic or jump movement
A2. Ballet movement

20 minutes of:
B1. Gymnastics movement
B2. Powerlifting movement
B3. Dance or yoga move

That's one workout. During the exercise pairings and the two 20-minute sessions, you just superset, moving from one movement to the next, resting as necessary. Then you move on to the next session.

Here's the same template with sample exercises. Be aware that any mention of ballet or yoga movements is just a suggestion. They are absolutely not set in stone and there are no magic movements. Find a good dynamic yoga movement that you're familiar with and splice it into your training.

20 minutes of the following:
B1. Handstand Push-up, L-Sit to Handstand, or Tuck Pull-Through x 5
B2. Deadlift x 3 reps
B3. Standing Straight Leg Hip Circle (think like a ballerina) x 5/side 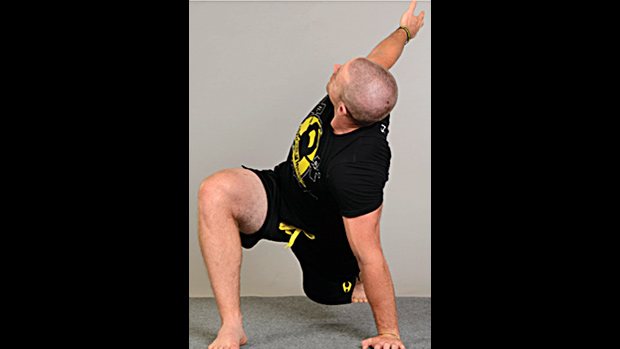 Consider that all the hard work about what works in training has already been done by lots of people that came before us. Don't try to reinvent a wheel that doesn't need improving.

Furthermore, don't get married to one system of training and be open to the best of each. Use common sense. You'll be faster, stronger, more flexible, and a hell of a better athlete. 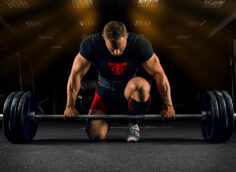 These deadlift variations and alternatives take a great lift and make it even better for your specific goals. Have you tried them all?
Bodybuilding, Deadlift, Exercise Coaching, Powerlifting & Strength
Brandon Holder April 18