The Lifting Version of Training Wheels?

The Smith machine is for weenies. It's the weightlifting version of training wheels. If you bought one after it was advertised on late-night TV, you'd soon be using it, along with your Rock and Roll Stepper, Ab Circle, and Buttmaster to hang your wet laundry. And you sure as hell would never use it to develop strength or power.

Maybe we haven't given it a chance, though. The Smith machine might actually be like the homely girl in all those 90s movies; the one who, when she lets her hair down and takes her glasses off, is actually a beauty that can build explosive power in a way that's difficult to do with any other machine, device, or training methodology.

To figure it out, let's look at the problem that's inherent to all pushing movements like the bench press and squat.

To develop power, you generally use low loads and high velocity, and this is when something called deceleration becomes a problem. When you bench press, for example, you forcefully push the weight away from your body. This is called the acceleration phase and it's when the weight acts like a rocket ship. However, unlike the rocket ship, the weight is tethered to terra firma by your arms.

After a brief acceleration phase, you quickly have to decelerate the weight in anticipation of it reaching your full range of motion to prevent loss of stability or risk injury to joints, tendons, or muscles.

In fact, depending on how explosive your acceleration phase was, your deceleration phase might start before the bar has even reached the halfway point. That means you might spend more time pulling the bar than you do pushing the bar. How then can you build power when you're only pushing for approximately 50% of the range of movement?

See my point? The same thing happens when you squat. If you don't start to decelerate soon after you start to come out of the hole, your body and the weight want to leave the ground, which usually isn't good for maintaining stability or the health of your musculature.

This is where the Smith machine offers a solution.

Most lifters try to compensate for the deceleration phase of various lifts (whether they realize it or not) by doing other exercises where it isn't a factor, like throwing crap – usually those bulky bean-baggy wall balls or medicine balls. When you throw, there's no need to decelerate; you just let it fly. The trouble is, those balls don't usually weigh enough. Plus they're annoying as hell to everyone else in the gym. 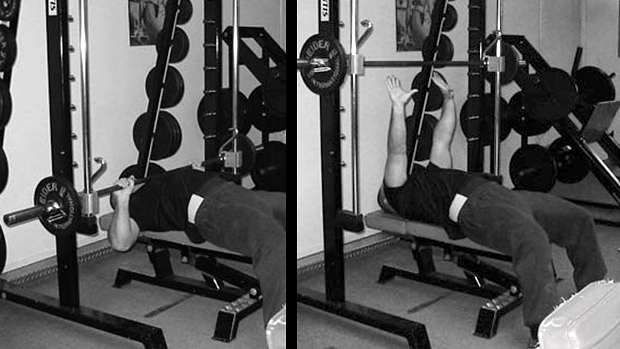 But you can do the same thing on the Smith machine. Since the bar is holstered in upright metal sleeves that are attached to poles, there's no danger and you can "throw" the bar up without having to worry about decelerating it. Hell, depending on the weight you're using, you can even explode the bar up and release the damn thing, catching it as it gently slides back down the uprights, thereby maximizing speed and power.

Action is Better Than Pretending

Granted, the deceleration phenomenon isn't always a factor. In fact, the higher the load, the lower the speed and the less you have to decelerate, but at the same time, high load/low speed training doesn't allow you to work so much on the development of power.

Using the Smith machine during the occasional training phase will allow you to do just that. To do it, just blow the bar off your chest (or out of the hole when doing a squat) as explosively as you can and continue to push it hard and fast through the entire range of motion.

It'll take a little bit of getting used to because deceleration has probably become second nature.

Use these strategies to make gains and perfect your pull-ups. Here's how.
Tips, Training
Lee Boyce December 24 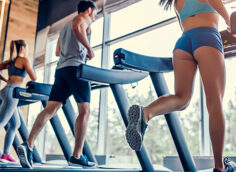 The number of calories burned during workouts is less than you think. But is that bad news? Check out this brand new science.
Fat Loss Training
TC Luoma October 19

This classic high-frequency program will have you training your entire body every other day. Check it out.
Bodybuilding, Tips, Training
Bradley Joe Kelly May 4
What would you give to have delts so big and wide that you had to strip naked and coat yourself with lard before being able to pass from room to room?
Training
Don Alessi March 21