There are numerous studies on all different types of recovery methods. But what happens when you combine a handful of those methods? How quickly can you bounce back? This study tested just that, and it's particularly useful to athletes whose sport involves multiple events in a day.

Eleven male and 11 female college athletes completed the study. Each subject underwent two days of testing separated by a 15 day "washout period." Both days included the same training protocol: one workout in the morning and one workout in the evening separated by about 7 hours. They performed 3 sets of 3 (30 second long) Wingate tests on a cycle ergometer in each session.

The Wingate test is where you pedal a cycling ergometer as fast as possible, drop a weight to tighten a strap on a flywheel for resistance, and then pedal as hard as you can for 30 seconds. It's like one of those bad dreams where you're trying to run but you can't and your legs just get heavier and heavier the harder you push. It's terrible. 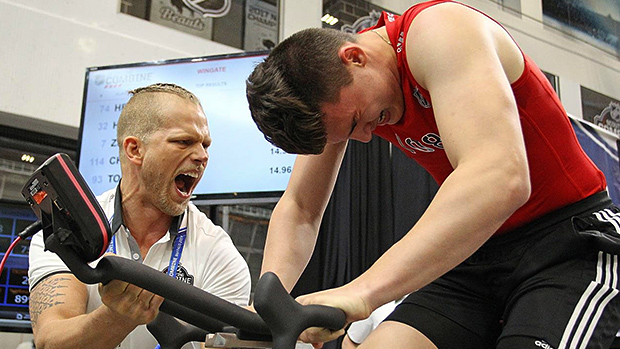 During the treatment, trial subjects consumed 1000 mg of vitamin C and 400 IU of vitamin E the night before and the morning of the training. Thirty minutes before the morning session they then consumed 400 mg of ibuprofen before beginning the training protocol. Following completion, they consumed a protein shake and spent 10 minutes in an ice bath.

They then came back in the evening to repeat the training protocol again. The control trial consisted of the exact same exercise protocol minus any vitamins, ibuprofen, protein shake, or ice bath. Creatine kinase, peak power, mean power, RPE (rate of perceived exertion), and pain/soreness were recorded.

Let's start with a disclaimer that this isn't encouraging people to start using this as a daily protocol. This is NOT a strategy to use for day-to-day recovery or just because you want to have a better workout if you're doing two-a-days. Mega-dosing vitamin C, E, and consuming ibuprofen can affect muscular adaptations negatively and shouldn't be used regularly.

This is a competition recovery protocol that may be a helpful for people who participate in a sport with multiple bouts relying heavily on anaerobic power in a day. (The CrossFit Games comes to mind.)

In the case of trying to maintain peak performance over the course of the day in any sport with numerous heats or bouts, the combo of ibuprofen, vitamin C and E, ice bath, and a protein shake may mitigate power losses. Less of a drop in anaerobic power may help give you the edge later in competition that you need for a victory.

Do 4 sets of 15 reps. On the first 10 reps of a set, do normal curls. On the last 5 reps of each set, switch to hammer curls.
Arms, Bodybuilding, Exercise Coaching, Tips
David Otey July 11 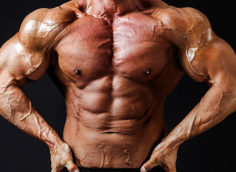 Here's why range of motion is so important for gaining muscle mass. Do your favorite exercises pass the test?
Bodybuilding, Tips, Training
Charles Staley December 5 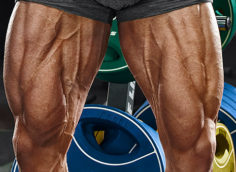