That's an abbreviation of the widely held opinion that the squat is the king of exercises for strength and mass development. Of course, those not into the whole monarchy thing might also refer to squats as weight training's Great Uniter, as their unmatched awesomeness is one of the rare things that bridges the at-times troubled divide between powerlifters, bodybuilders, athletes, and other weightlifters.

So if you're serious about building muscle, some version of the squat should appear in your program. However, many squat with form that's basically an injury waiting to occur.

I've spent over 20 years practicing and teaching the squat, and what I'm about to share are the very same things that have helped me squat 1214 pounds. (And make no mistake; the squat helps the deadlift in a big way.)

Here's how to squat to your strength potential and minimize injury-risk in the process.

First, one issue to clarify: raw versus equipped squatting.

Many talk about squat form as if it's the same regardless if you squat raw or equipped. This is a mistake. Although there are more similarities than differences, the differences between the two styles are significant enough to warrant further consideration.

Any comfortable sports clothing will work, so long as it isn't restrictive.

The one area that does warrant attention is footwear. The best options are dedicated squat shoes like the ones I wear from Inzer (different options are available from other powerlifting companies). These squat shoes are flat-soled and provide good ankle support. They're pricey but last a long time. A cheaper option that still offers a flat sole is the classic Converse All Stars, or Chuck Taylors. Just beware that they're not as durable and don't have the same level of ankle support.

What you don't want to wear are those awful cross trainers with air-bubbles. Not only are these abominations grossly overpriced, they're also incredibly unstable and will rob you of pounds on the bar while inviting knee and ankle injury.

You still have the option of wearing a weightlifting belt, wrist wraps, and knee wraps when squatting raw. Whether you do is up to you, but here are some things to think about.

This is the most crucial part of your squat. Get it wrong and nothing else will be right; get it right and you lay the foundation for a good squat. Ed Coan, the greatest pound-for-pound powerlifter of all-time, used to spend a long time just getting under the bar and finding the exact point to have the bar on this back. His results speak for themselves.

How to set up correctly

You're now set up and ready to squat. Again, finding your optimal stance width will take some experimentation.

To begin the descent, take another deep breath into your belly, push the knees out to the sides, and sit back. Descend until the crease of your hip is just below the top of your knee (when viewed from the side).

When you're "in the hole," here's how your raw squat should look:

Once you hit depth, reverse the motion by driving with all that you've got. Now's the time to get aggressive. Your goal is to generate as much tension and force as possible and unleash it all on the bar that's trying to crush you.

Be sure to keep your upper back tight and continue looking forwards. If you look down and lose the tightness in your upper back you could lose the weight forwards or even have it roll over your head. I've seen this happen and it's scary – especially with a PR on the bar.

A very important point is to hold your breath until you've locked the bar out, or at least until past the sticking point.

Once you've successfully driven the bar back to the start position, either take in more air and perform another rep or rack the bar. Don't be sloppy when racking – stay tight and avoid relaxing until the bar is safely resting in the power rack or squat stands.

The big difference between squatting equipped and squatting raw is stance width. The more equipment a powerlifter wears, the wider he can take his stance. This wide stance is also much easier to achieve in a mono-lift, as there's no walk out.

The wider the stance, the shorter the range of motion, the more you can sit-back, and the more glute and hamstring dominant the squat becomes. The forward lean of the torso will also be greater with the wider stance. This is necessary to counterbalance the hips sitting way back.

In contrast, look at an Olympic style front squat: a much closer stance, knees travelling way forwards and a much more upright torso position throughout.

Neither is right or wrong, just different. Still, you must be aware of these differences if you're to understand and improve your own squat style.

You can make a real mess of your squat if you try to squat too wide without equipment. The powerlifting equipment provides immense protection for the hips and rebound out of the hole. Trying to squat excessively wide raw will likely lead to two undesirable outcomes.

First, your power out of the hole will be worse than with a shoulder width stance. And if you can't get the weight out of the hole, it doesn't matter how strong your lockout is because you won't have a chance to show it off.

Second, your hips will start to feel beat up. This could happen right away or after a few weeks.

Equipped lifters should be aware that wearing equipment is not a license to squat as wide as you can place your feet. If your knees start to drift inwards (provided this has never happened before), it's probably because you're squatting wider than optimal for your leverages and flexibility.

That said, here are the key points to squatting equipped out of a mono-lift.

Regardless if your focus is strength, adding muscle, or sprinting faster, the squat can help you succeed and should be an integral part of your strength-training program.

Ed Coan, Donnie Thompson, Tom Platz, and Ronnie Coleman are all very different lifters, yet each placed an emphasis on developing a massive squat to help reach their respective goals.

However, understand that the squat is a technical movement, and technique is paramount. Before you start piling on the plates, make sure you can squat correctly – and once you have good form, work on it for life. There's always ways to improve.

When it comes to squats, there's no standing still or maintaining, only progression or regression.

Do this before lower body workouts and dramatically boost the training effect.
It Hurts Fix It, Mobility, Tips, Training
Max Shank September 30 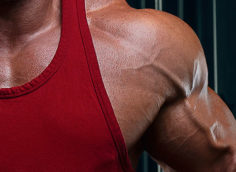 This versatile movement works great, even if you have beat-up shoulders.
Training
Lee Boyce May 13 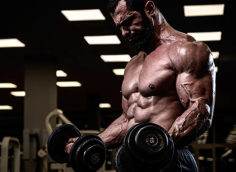