It seems like you've been adding weight to the stack each time you do triceps pushdowns. The veins in your neck stick out like a garden hose as you power through the sticking point, and the cable starts cutting into your neck, just like your idol, Tom Platz. You stop, however, before it cuts through and leaves a bloody mess on the floor.

After you finish the gruelling set, you walk over to the mirror and hit a side triceps pose. But it looks like a big, fat blob! Wait a minute, there's a fat guy standing between you and the mirror! Never mind. He moves and you see that your horseshoe looks like it came straight from a Clydesdale!

Trouble is, your elbows have started to twinge at the end of your workout. You pop a couple of aspirin and figure it's the price you have to pay if you want 20-inch guns. But as the weeks progress, the twinge turns to a deep ache and you have to face the fact that you've got a serious injury on your hands.

This is a situation I faced many years ago when I first developed triceps tendonitis in both elbows. Initially, I thought some rest would cure the problem and I would be back to my usual weights in a few weeks. Boy, was I wrong! Each time I tried to slowly increase the weight I used for triceps exercises, the pain would return with a vengeance.

Maybe you're in the same boat as me, and rather than work out, you sit at home waiting for the damn elbow or knee tendonitis to heal. Well, there might be a way out. Granted, it's not accepted theory, but hey, since when does this mag ever shy away from new stuff?

I'm going to first tell you about the cause of tendonitis, the usual treatments, and then I'll discuss a new treatment that has shown some exciting results.

Tendonitis is an overuse injury that results in inflammation of the tendon and, of course, pain. This injury is most likely to occur when a weight trainer changes the type, intensity, or duration of their training.(3) For example, increasing the number of sets performed or increasing the weight too quickly while trying to impress the 21-year-old, silicon-enhanced babes in the gym can cause you to feel a twinge in a place where such a twinge is undesirable.

In science nerd terms, overuse injuries result from repetitive microtrauma that leads to inflammation and/or local tissue damage in the form of cellular and extracellular degeneration. In layman's terms, the tendon is overloaded and isn't able to recover adequately. This tissue damage can then culminate in tendonitis, for example.

Typically, when you go to a sports medicine doctor for treatment they'll give you NSAIDs (non-steroidal anti-inflammatory drugs) and instruct you in the use of RICE (rest, ice, compression, and elevation). Sometimes, they'll even put a little raw fish and wasabi on this RICE in hopes you'll forget the pain, but that never works.

And often, if the tendonitis persists, a doctor may also give you a shot of cortisone around (but not into) the troubled tendon. My wonderful doctor even suggested I take up walking instead of weight training. "Yes Sir, Mr. Pencil-Neck Geek, whatever you say." And yes, I tried all the standard modalities available in my native country, Australia: anti-inflammatories, ultrasound, interferential, cross-friction massage and acupuncture (great if you like being a pincushion).

While cross-friction massage (a deep massage working across the tendon) provided some relief, it couldn't repair the problem enough for me to resume lifting for heavy sets of 8 reps. Unfortunately, with conditions like chronic Achilles tendonitis, for example, about 25% of patients don't respond to conservative treatment and require surgery which means a long lay off before you can see the inside of the gym again.(2)

Surfing the web one day, I came across a posting on a newsgroup that described a study done on runners with long-term, chronic Achilles tendonitis. The study involved a new treatment that achieved remarkable results in only 12 weeks.

My interest piqued, I ordered a copy of the article through my library. The study, done in Sweden, used two groups of fifteen middle-aged ex-runners who couldn't run due to chronic Achilles tendonitis.(1) One group had surgery on the injured Achilles, while the other completed a special exercise program. To give you an idea of the extent of the subjects' injuries, 21 of the 30 patients had pain just walking and all 30 reported morning stiffness. One patient had suffered Achilles pain for over eight years!

At the start of the study, the researchers measured the strength of each subject's injured and normal calf, as well as the perceived pain of the patient. In each case, the strength of the injured calf was significantly lower than the non-injured one. Also, using a visual analogue scale, the patients in the exercise group described the level of their pain as 81 out of a maximum possible rating of 100 (severe pain). Up until now conservative (non-surgical) treatment offered little help for chronic soft tissue injuries like these.

The special exercise program involved performing calf raises with the legs both straight and slightly bent twice a day, seven days a week for three sets of 15 repetitions (to hit both the gastros and soleus). The subjects performed the concentric part of the exercise (raising the heel) with the uninjured ankle and used the injured side to do the eccentric lowering phase in a slow, controlled fashion. They were told to ignore the pain unless it became debilitating. Once they could perform the exercises with little or no pain using just their bodyweight, they were instructed to add resistance by using a weighted backpack.

At the end of the twelve-week period, all the patients in the exercise group had returned to running at their pre-injury level. Measurement of the strength of the muscles showed significant improvement. And the patients described their level of pain as 4 out of 100 (i.e., very low level of pain). In a recent two-year follow up of the fifteen runners in the exercise group, fourteen were still running pain free, while one had elected to have surgery on his Achilles.(2)

In my mind, this is a really exciting result for athletes everywhere. In contrast, the patients in the surgery group still had significantly less strength in the injured calf 24 weeks after surgery. If you've ever had to deal with tendonitis, you'll appreciate what truly impressive results these are.

Why is it So Effective?

The researchers aren't exactly sure why this technique is so effective. However, they've speculated on several potential reasons. These include increasing the tensile strength of the tendon, or the effect of "lengthening the muscle-tendon unit and consequently [causing] less strain during ankle joint motion." They also speculated that since the energy pathways in the tendon become more anaerobic (without oxygen) as we age, the tendon might need to adapt to these anaerobic demands to avoid injury. Whatever the reason, you can't ignore the impressive success rate of this study.

Being a science nerd, the very impressive results of this study made me think an eccentric exercise program may be the solution to my triceps problems. I decided to try a modified approach to the problem as I thought that twice-daily training (such as proposed by the study) might be a bit much for my frayed triceps tendons. I decided on a three times a week routine and I chose an exercise that would minimize the stress on the tendon, the pushdown movement.

I used two hands to push the bar towards my thighs (the concentric contraction) and then on the eccentric phase I would remove one hand and slowly return the weight to the starting position. Starting at about 30 pounds and using 3 sets of 15 repetitions for each arm, I slowly increased the weight until I could do heavy sets of six reps without a problem. Using this exercise regime, my tendons returned to about 95% of their original strength over a period of five months. While not perfect, they're well enough to allow me to blast away in the 8-rep range without feeling the consequences the next days in my elbows.

Exercises regimens for other common areas of tendonitis, such as the patella tendon (the thick tendon below your kneecap) can also be devised. Using the leg press you can press the weight up using both legs, pause briefly at the top of the movement to remove one foot, and then lower with the other leg, eccentrically loading the injured tendon. Hamstring tendonitis can also be treated using two legs to complete the concentric part of the leg curl and then removing one foot from the pads and loading the injured hamstring eccentrically. By using machines and maybe a training partner, exercises can probably be adapted to treat tendonitis in virtually any tendon.

Given that my tendon problem had dogged me for ten years, I was incredibly happy with this treatment regimen. I hope the information presented in this article might help you cure any tendon problems you're currently experiencing. Of course, please consult your doctor before trying anything recommended in the article. However, if he recommends you take up walking, lock the door and gag him before you beat him senseless. 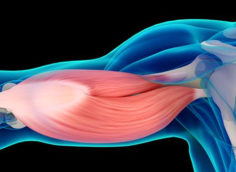 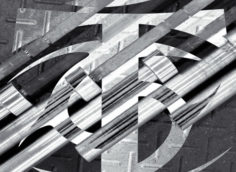 What's the most effective barbell movement that most people never use? We asked our experts. You've gotta try these!
Bodybuilding, Powerlifting & Strength, Training
T Nation June 19