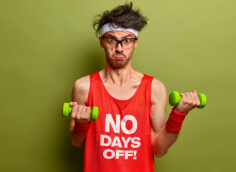 You might feel accomplished by challenging your body daily, but taking no days off will limit your results and even halt gains. Here's why.
Bodybuilding
Christian Thibaudeau June 30