Whenever you can make a workout more time-efficient, you're
stacking the odds heavily in your favor. Not only do you complete
your training in less time, but you've also got more time to
recover before the next onslaught!

One of my favorite techniques is a tactic I call
"building-on," which simply refers to the practice of
ordering similar exercises in such a way that exercise one becomes
the warm-up for exercise two, and so one and so forth.

In this way, you're able to skip a significant number of
warm-up sets, allowing for greater workloads in the same time
frames — the very hallmark of Escalating Density Training (EDT).

For example, the lifter may start with the snatch, and then move
on to snatch pulls, possibly followed by snatch-grip deadlifts.
Another example might be cleans, followed by clean pulls, followed
by front squats.

Building-on is a truly superior training strategy. Each workout
starts with a lighter, faster, neurologically-stimulating movement,
which primes you for the second (heavier slower) exercise, and so
forth and so on. Each workout starts light and easy, and ends hard
and heavy. The logic is undeniably appealing.

So how might you apply the building-on concept to your own
training, especially if you're not an Olympic weightlifter?
It's really quite simple, and there are at least three
different ways you can experiment with:

• The ROM Method: You start with a "full range of
motion" exercise, and then work toward 1-2 gradually reduced
range of motion equivalents. For example, dumbbell bench presses
followed by barbell bench presses followed by pin presses or floor
presses.

• The Eccentric Method: Once you hit your top weight on a
given exercise, switch to the eccentric equivalent of the same
exercise. For example, chins followed by weighted eccentric chins.
Same with dips or bench presses.

In my mind, the building-on method is so superior, you're
wasting your time if you don't use it on a regular basis.
After every exercise you do, ask yourself if there's an
additional exercise you can build-on to it, even if only for a set
or two. After all, why waste the warm-up and neural drive, and
psychological momentum you've created?

Please don't limit yourself to the specific applications
I've listed here! Instead, use these examples as a starting
point for your own creative applications of this strategy. I'm
certain you'll find this method to be one of the most
efficient and result-producing strategies you've ever used. 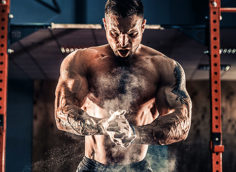 Whether used as your main workout or tacked onto the end, this training method will turn you into a machine... if you survive.
Training
Jason Brown February 1 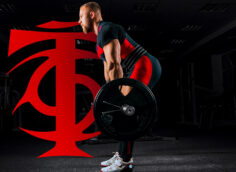 Should you lower the bar slowly for the deadlift, or will that lead to injury? The answer may surprise you. Check it out here.
Deadlift, Powerlifting & Strength
Christian Thibaudeau July 6

Most of you just have an ab, as in one non-distinct blobby area between your pecs and your naughty parts. Here's how to make your singular ab into plural abs.
Abs, Training
T Nation August 5