A surefire way to bring up a stubborn body part is to train it more often. Two to three times per week works well time and time again.

For example, having a hard time getting your arms to grow? Try hitting them on Monday, Wednesday, and Friday for about 6 weeks or so.

You can get great, borderline incredible, results by hitting a weak body part five, even six times per week. However, if you're going to try this strategy, there are a couple of things you'll need to keep in mind to make it work.

For starters, keep your volume in check. If you're going to train a particular body part more frequently, you'll need to dial back on the number of sets each time you train it. So, if you're hitting a body part three times per week, three sets of two different exercises would be plenty in each workout.

The same goes for intensity – you'll need to dial it back a notch. I often recommend training to concentric failure, but you should refrain from doing that when you're training a body part more often. Instead, leave a rep or two in the hole.

Likewise, save forced reps, negatives, and other intensity-boosting techniques for another time. Your nervous system will thank you.

It's not just the training for that body part that you need to keep in check. If you're trying to bring up your back, for example, plan to do more of a maintenance program for your other body parts.

If you want to learn three new foreign languages, you wouldn't try to learn them all at the same time. Instead, you'd focus on one at a time. Same for bringing up body parts. Pick one at a time to focus on.

Body part isolation often gets slapped with the "non-functional" label, but if you're trying to grow a particular body part, then properly isolating that muscle serves an important function.

Let's say your primary exercise for quads is squats, yet your quads are lagging behind. Try doing hack squats instead of barbell squats for a change. Or you could implement leg extensions to make sure your quads are receiving a more direct and targeted stimulus.

When it comes to isolating a muscle, select an exercise that really allows you to feel that muscle working. This may be different for different people.

For example, I can really isolate my chest with dumbbell flyes, yet some people don't feel these in such a targeted manner. Perhaps cable crossovers or a machine flye variation would enable you to get a more isolated contraction in your pecs. Whatever works.

On the other hand, don't necessarily give up on an exercise because it doesn't isolate like you think it should. Perhaps your form needs a little tweaking.

Sticking with the dumbbell flyes example for chest, perhaps you need to lift your ribcage up a bit to put more tension on your pecs and less on your anterior delts. Regardless of the exercise, just the slightest change in form (like hand position or mental focus) can make all the difference.

Most of us of tend to have a favorite rep range. The same goes for rest intervals between sets. While that rep range preference may vary between body parts, it's all too easy to keep training the way you like or the way that's just become a habit.

For example, I tend to train back and legs in a higher rep range with lighter weights, but I prefer to train biceps with heavier weight and fewer reps. In either case, doing the same thing too often isn't going to provide the variety of stimuli that will result in maximum hypertrophy.

Instead of using the set, rep, and rest intervals you prefer, use a more holistic approach and do some of each. That way you're stimulating the muscle in different ways, which ultimately leads to different types and methods of hypertrophy.

A good rule of thumb is to do one exercise in each of the above set, rep, rest manners. That's a good way to keep you honest and make sure you're not simply training the way you prefer to.

Much like we tend to prefer a particular number of reps, we also tend to prefer – and over-utilize – certain repetition speeds. It's better to implement variety in order to stimulate the muscle in different ways.

As a general rule of thumb, do the concentric or lifting portion of each rep in a more rapid manner, while doing the eccentric or lowering portion in a more slow and controlled manner.

But even if you're sticking to those guidelines, you can still vary the actual speed substantially. Doing quicker reps is a great way to maximize power generation and recruit more motor units. Just use a little caution when training with a fast tempo, especially when going from the eccentric to concentric portion of each rep.

On the other hand, a slow rep speed maximizes tension – and subsequently motor unit recruitment – by maximizing the number of connections between actin and myosin filaments. This results in less stress on the elastic component and more stress on the contractile component of the working muscle fibers.

The fact is, fast and slow reps are physiologically different, but neither is necessarily better. That's why it's important to vary your rep speed. You can implement this variety from set to set, from exercise to exercise, or from day to day.

My favorite nutritional strategy to help bring up a stubborn body part is to consume more carbs prior to training that body part and after. This is a great way to make use of the anti-catabolic and anabolic effects of insulin.

Let's say your back is lagging behind. In the meal or two prior to training your back, make sure to eat copious amounts of carbs. Not only will this boost insulin, but it will also top off the glycogen stores in the muscle cells of your back.

If properly timed, that pre-workout carb meal or supplement will also ensure your blood glucose levels are up where they should be at the beginning of your workout.

Then, within 30 minutes of finishing your back workout, have another meal with plenty of carbs. Again, this reduces protein breakdown by increasing insulin, but it also quickly refills muscle glycogen stores, thus jump-starting recovery.

Another way to implement this strategy is to eat more carbs the day prior to training that body part. This is particularly effective if you're going to train your weak body part first thing in the morning, or if you've been on a low-carb diet, as it will allow more time to refill glycogen stores.

Training a body part when it's chock full of glycogen is not only fun because of the insane pump it produces, but over time it'll also help expand the fascia encompassing the muscle.

Regardless of the training strategies you may implement, make sure to have plenty of peri-workout carbs when training your lagging muscle groups.

One of the stimuli for hypertrophy is microtrauma to the muscle, and one of the best ways to cause microtrauma is to implement heavy eccentric or negative reps.

The general method of implementing negatives is to use a weight that's near, or even slightly more than your 1RM. Then lower the weight in a slow, controlled manner. Obviously, you'll probably need assistance doing negatives. Let's use the bench press as an example.

Once you've got the bar off the rack, begin by lowering the weight while counting to five – as in one thousand one, one thousand two, and so on. Then have your spotter help you return the weight back to the starting position and repeat. When you can no longer control the weight on the way down, you're done.

Because of the necessity of a good spotter, combined with the fact that you get essentially no pump doing negatives, they won't be much fun at all. Like 'em or not, negatives are a proven way to increase strength and ultimately increase size.

Of all the ways to bring up a lagging body part, supersets are my favorites. Simply do two or more exercises back to back, with essentially no rest in between.

Regardless of the type of superset, the goal is the same – to metabolically tax the working muscle. Likewise, because of the prolonged time under tension and blood occlusion, supersets will result in a really good, expansive pump.

Try using pre-exhaust and post-exhaust supersets. As with most strategies, neither is superior, they're just different. Variety is paramount when it comes to bringing up a stubborn muscle. 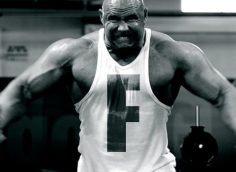 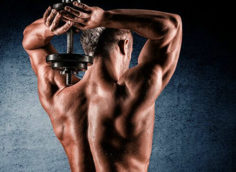 What's one thing every lifter should try in his or her lifting career? We ask the pros and experts. Check out their list.
Bodybuilding, Powerlifting & Strength, Training, Weightlifting
T Nation August 16