HIIT, High-Intensity Interval Training, mobilizes or breaks down a lot of fat from adipose tissue stores. It’s super effective in this regard, but the thing is, just because fat is mobilized and enters the bloodstream doesn’t mean that it gets burned.

That’s right, you can break down a lot of fat doing intervals, but then have a bunch of it go right back to where it came from!

Steady-state cardio (SSC) isn’t nearly as effective as HIIT at mobilizing fat from fat stores, but it’s really effective at burning those triglycerides that are floating around the bloodstream as a result of high-intensity intervals. Post-HIIT SSC is insurance that the fat that was mobilized gets burned.

To put this strategy into action, do at least 20 minutes of SSC after your intervals. The intervals could be anywhere from 10 to 20 minutes.

2 – Only Consume Carbs Around the Workout

When it comes to building a lean, muscular physique, it’s important to strike the right balance of consuming vs. restricting carbs.

As a general rule, consuming fewer carbs will help you shed some fat, due in part to lower average insulin levels. However, if you take that too far you’ll ultimately end up compromising potential gains in muscle, once again due in part to the reduction in insulin.

When planning your carb intake, you’re of course going to address the overall amount of carbs you consume each day, but you should give equal consideration to when you consume those carbs.

To fine-tune your pre-workout carb intake, make sure you time them properly in order to avoid plummeting blood glucose levels: rebound hypoglycemia. For most people, having carbs roughly an hour before training works well. Likewise, many people would also do well having higher GI carbs about 10-15 minutes prior to training. 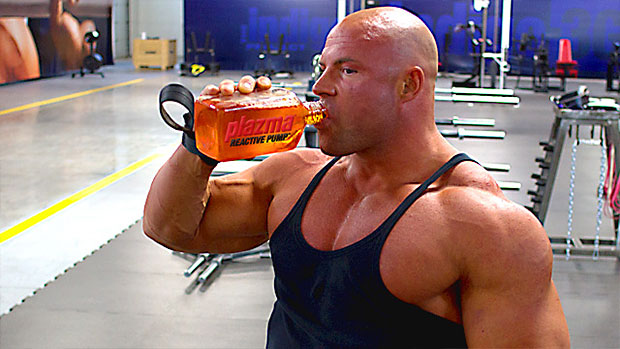 Another viable option is to consume carbs during your workout – a.k.a. intra-workout carbs. Much has been written here at T Nation about consuming fast-acting carbs (and protein) during your workout, and for good reason. It’s an effective anabolic/anti-catabolic strategy.

Regardless of your pre- and/or intra-workout carb strategy, you’re definitely going to want to consume carbs post-workout to facilitate proper recovery. And by drastically reducing (or eliminating) the carbs you consume at other times, you’ll maximize fat loss.

In simple terms, carbs provide energy and fat provides energy, only you don’t want to consume too much energy in one meal.

Of course protein can provide energy, too, but for the most part protein is used to build things (muscle, hair, skin, etc.). It’s typically not used in appreciable amounts for energy unless there’s not enough carbs or fat around (starvation or extremely long-duration exercise).

“Eat a set amount of protein all the time, then adjust your carbs and fat to gain or lose fat.”

Well said, Dorian. And, as mentioned, the best way to adjust carbs and fat is in an inversely proportional manner. You could look at it as a method of calorie control, but it’s really energy control.

Here’s another way to look at this: We know low carb, higher-fat diets work well in terms of fat loss. We also know low fat, higher-carbs can work, too. But nowhere have you heard of a high carb and high fat diet working, at least for anything other than making you fat!

On a similar note, you’ve never heard of a low-protein diet being effective either, so make certain to consume enough protein. Doing so will help build and/or maintain muscle, boost your metabolism via its thermic effect, and provide a feeling of fullness.

In summary, if you keep your protein intake ample and consistent and your carbs and fat inversely proportional, you’ve got yourself the foundation of an effective fat-loss diet laid down.

Whether consciously or subconsciously, all too often we opt for exercises that are easier and don’t make us breathe as hard, but also don’t burn as many calories. When you’re in a state of caloric deprivation (therefore a bit tired), it’s even more likely for you to take the easier way out.

An obvious case of this would be doing leg extensions vs. barbell squats, but a less obvious example would be choosing the leg press over squats. We’ll try to rationalize that squats and leg presses work the same muscles, but we desperately want that to be the case because the leg press it easier.

Squats are tough because the back and other muscles are involved in stabilizing the weight, along with the glutes being heavily involved to extend the hips, but if you want to burn fat, that’s exactly what you want.

Deadlifts are another exercise that beg for rationalization. Say what you will, but doing back extensions simply aren’t the same, even if you hold a 45-pound plate while doing them.

Instead of doing concentration or preacher curls, do chin-ups. They’ll call into play the lats, rear delts, etc., resulting in more calories burned. Here are a few other exercises that’ll force you to burn extra calories compared to their more isolationist counterparts:

Regarding burpees, they’re not a sexy exercise, but boy do they get you out of breath, create oxygen debt, and burn some calories. They’re especially good used between sets of other, more traditional weight-training exercises.

The key is to take an honest look at your exercise selection and see where you could implement tougher exercises – ones that use more muscle groups, cause movement across more joints, and simply get you more out of breath. By doing so, you’ll burn more calories and ultimately lose more fat.

5 – Use Caffeine Prior to Exercise 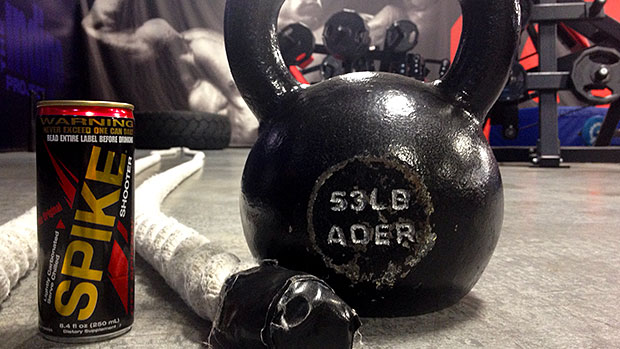 Without getting into a deep biochemistry lesson, caffeine promotes lipolysis (fat burning) and inhibits glycolysis (carb burning). Type “caffeine” into PubMed and you’ll get close to 30,000 results, and one consistent trend in the research is an increase in the amount of free fatty acids (FFA) in the bloodstream, indicating that fat’s been broken down.

But now that it’s been broken down, it’s up to you to make sure it gets burned. (This is the same concept we discussed regarding HIIT + SSC). That’s where exercise comes in. It’s a good idea to always have caffeine prior to exercising because it makes physiological/biochemical sense.

Not only is this likely to help with lipolysis, but it’ll indirectly help burn fat because you’ll be more energetic, thus ultimately do more work.

On a related note, there’s some evidence that yohimbine does pretty much the same thing, albeit via slightly different mechanisms. So taking caffeine and yohimbine prior to exercise may provide a double lipolytic whammy.

For that reason – and, admittedly, because I like the stimulatory effects – I typically use Hot-Rox® Extreme or Spike® Shooter prior to exercise, as they both contain caffeine and yohimbine, among other effective things.