Back in 1999, I made the decision to flip a switch and dive into a healthy lifestyle, to the extreme. The all-or-nothing mindset has always worked pretty well for me, and if you're reading Testosterone, you've probably been lumped into the nutrition/training/fitness/health nut category a few times in your life.

This all-or-nothing mindset was all well and good back when I was a college guy and didn't have the obligations I do today. But right around the time that TC taught me about the birds and the bees, life got more complex and I realized that I was going to have to learn to be a lot more flexible if I wanted to keep my string of dedication intact.

So I haven't missed a single planned training session in eight years, and haven't eaten pizza, candy, cookies, or any kind of dessert in that same time period. Call me nuts if you like, but at the very least, take into consideration some training plans that have helped a complete whack-job like me keep this streak alive.

The strategies outlined below have allowed a lot of my clients and athletes to stay on track in a variety of circumstances when life tries to get in the way.

A sick athlete who can't decide whether or not to train.

This was actually a system I stumbled upon by accident. An athlete emailed me saying that he woke up feeling pretty crummy, and wanted to know if I thought he should come in later that day. My response was as follows:

"On a scale of 0-10, how bad do you feel? If it's a 10, you should be emailing me from the hospital. Consider this, and then scroll down to the bottom of this email..."

I then hit the "return" key about 30 times, and typed the following:

Of course, it turns out that he had Ebola and died, so he was really an 11 or 12. It's tough to check email when your eyes are bleeding.

A client who can only train three days per week, and two of those days are consecutive.

You've got two options here and they largely depend on the training age of the individual. When we're dealing with intermediates and above, I've found the best strategy to be:

It's pretty simple, and to be honest, this program doesn't deviate much from how I approach a classic Monday, Wednesday, Friday split with our athletes and clients. The upper body recovers a lot quicker than the lower body. Volume should be very high in the third session of the week, as you've got four days to recover from it.

Less-experienced athletes can afford a bit more overlap because they're very neurally-inefficient. Typically, we structure them as follows:

Here's a sample of what I've used with one of our high school athletes. The plyos, dynamic flexibility, and activation work have been omitted:

An athlete who can't afford to be sore.

I've gotten pretty good with this one, mainly from working with more baseball pitchers. They have four to five days between starts to get a solid training effect (or ideally, two). Meanwhile, they also have to deal with significant, asymmetrical soreness from the start.

We usually get 'em right after starts (either that night or the day after) and then again on the same day they throw their easier bullpen session (which is two days before their next start). Most of the principles below are used in that second session. Meanwhile, there are thousands of morons running foul poles, but that's a whole other rant.

If you want to prevent soreness, you need to know what causes it. Here's the CliffsNotes' version:

Researchers really don't exactly understand the mechanism behind the repeated bout effect, although neural, mechanical, and cellular theories have all been proposed. One postulation is that it has to do with increased recruitment of slow-twitch fibers in subsequent efforts.

In other words, the first time you do an exercise, the unfamiliar stress is thrown on a small number of "select" active fast-twitch fibers. When you come back to it, thanks to adaptation, you've got more motor unit activation, so you use more slow-twitch and fewer fast-twitch fibers to get the job done.

However, research has shown that you can get the repeated bout effect with electronically stimulated muscle contractions (no neural adaptation), so there's still a flaw in this logic. It does seem to make sense that fast-twitch dominant muscles (such as the hamstrings) tend to get more sore than those that are classic slow-twitch (like the quads). But I'll let the scientists take care of the science and I'll keep working on the heavy lifting part.

All that said, there are some good, "safe" exercises for getting a solid training effect when you're looking to avoid soreness:

A client who frequently travels on the weekends.

First of all, I'm a firm believer that you're only as strong as your network. I'm fortunate to have gym connections all over the place where I can send clients and athletes when they're out of town. Whenever you can set them (or yourself) up for success on the road, make it happen!

However, if you don't have that luxury, you need to modify your training split in anticipation. This is one reason why I really like the Monday-Tuesday-Thursday- Saturday approach. It gives you multiple ways to be flexible. 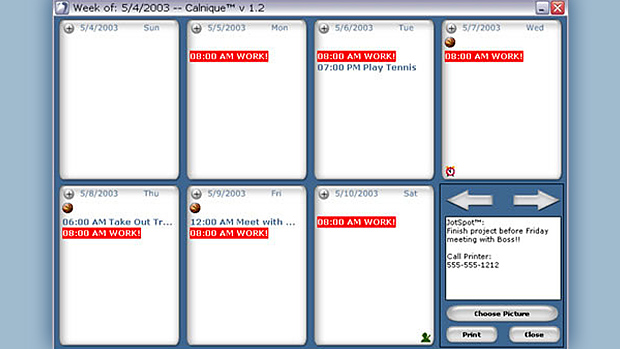 Regardless, you make Saturday the "easiest" of the four days if you anticipate having to miss it at some point along the line. It might all sound complex, but it's not rocket science because we're not building rockets, we're just getting to the gym. Sounds easy enough.

The bottom-line is that no matter what speed bumps inevitably appear, there are a number of ways to stick to your training program. Cop-outs are unacceptable, excuses are even worse. Even if you don't know exactly what's going to be thrown at you, with just a little planning, you now know how to handle almost any less-than-perfect situation.

Hit your abs, triceps, and chest. All you need is a medicine ball.
Exercise Coaching, Tips
Nick Tumminello April 14

This advanced plank variation will strengthen your core along with just about every muscle in your upper body. Give it a shot.
Abs, Exercise Coaching, Tips
Kelvin King, Jr May 18

It's not what you think. Keep burning calories after your workout is done with this counterintuitive training method.
Belly Fat, Fat Loss Training, Tips, Training
TC Luoma April 22