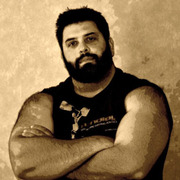 Glenn Pendlay is a Level-5 USA Weightlifting Coach, the USA's highest accreditation for Olympic lifting coaches. In 1992, Glenn met Russian coach Alexander Medvedyev while attending the Junior World Powerlifting championships in Moscow. Medvedyev invited him to remain in Russia where he would personally train him on the Olympic lifts. Glenn has produced over 90 national champions, over 20 medalists in international competition, and his athletes have broken as many as 10 American records in a single year. Follow Glenn Pendlay on Facebook Check out Glenn Pendlay Seminars