You’re training all-out in the gym. You’re drenched in sweat after every cardio session. You’re hungry. But nothing is changing. What gives?

During almost every fat loss diet, there’s usually a stall-out point. It’s just part of the process. And the leaner you get, the more likely you are to hit that frustrating plateau. Ask anyone who’s ever stepped onto the bodybuilding stage, where extreme levels of leanness are mandatory.

Here’s how to figure out what’s happening and how you can beat the stall-out phase.

This is the big one. Often what you THINK you’re doing isn’t quite what’s being carried out on a daily basis. Two examples:

At the beginning of a diet, it’s easy. You’ve got plenty of excess body fat. That means you’ve also got significant room for error. Eyeballing portions and “guesstimating” serving sizes works just fine at the start. But as your bodyweight begins to drop, you need to tighten things up more. It’s time to break out the food log or tracking app.

Sometimes people will start out by weighing everything to the gram, but after a few weeks they get lazy and just guess. This is when that 200g chicken breast you thought you were having is actually 230g. And that teaspoon of peanut butter is more like a heaping tablespoon. These little things add up, especially when you’re trying to push past a plateau.

Addressing the small additions in food intake will solve 50% of your issues. But a lesser-known piece of the puzzle is your activity level.

Dieting hard brings with it some lethargy and fatigue, especially as you get into the uncomfortable levels of bodyfat. When you’re tired, it can become easy to avoid tracking your heart rate or RPM during your cardio sessions. You might think you’re going at the same intensity, but you’re actually producing less energy output, lessening your calorie deficit.

Also, keep an eye on your NEAT – non-exercise activity thermogenesis, or your daily general activity. As life gets busy and fatigue catches up with you, it becomes far more tempting to grab an Uber and take the elevator instead of walking.

One of the best ways to track NEAT is through step counts. During a fat loss diet, set step targets from anywhere between 8,000 and 20,000 a day, depending on your stage of the process. You can buy an inexpensive step counter or use an app. If for whatever reason you’ve only been averaging 8,000 steps when your goal was 10,000, that 2,000 difference may very well be the difference between calorie maintenance and deficit.

Most stalling issues can usually be solved by just tightening up your food intake and resetting your activity markers back to where they should be. Remember, small adjustments will have a big impact on fat loss. Give these changes a week or two to add up. 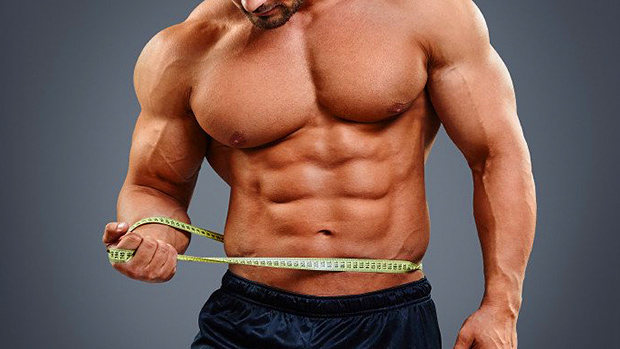 Look again at the data you’re collecting. Most dieters will only have one metric of progress: the scale. Problem is, the scale doesn’t tell the full story. And if it’s your only data point, you’re going to drive yourself crazy.

Each measure of progress available – pictures, scales, biofeedback, tape measurements, and body fat testing – all have their pros and cons. They’re all useful, but it’s important to understand each of their uses and how using only one metric can cause you to believe you’ve stalled when in reality the metric has a flaw.

For example, the scale is great, but I’ve worked with far too many people who’ve experienced such a great body recomposition effect that the scale only budged a few kilos, while their physiques completely transformed. In short, they were gaining muscle, and the bathroom scale doesn’t know the difference between fat, muscle, or water weight.

If I’d only used the scale to track the progress of these clients, I’d have wrongly assumed a plateau and could have destroyed the recomp effect that was happening.

Instead, use a combination of tools such as waist circumference, the scale, and photos to provide well-rounded feedback that allows you to make an informed decision. These measures all complement each other and will allow you decipher between internal and external factors influencing any possible “stalls” in fat loss.

I once had a female client who was nailing everything with her diet, cardio, and training, but the scale wasn’t moving for weeks despite the fact that she was looking much leaner.

It turned out that she was going through an extremely stressful period at work and in her personal life. This, combined with the stress of dieting, had created an “artificial” increase in scale weight (water retention caused by excess cortisol). I pulled back on her cardio and told her to book a spa for the weekend to chill. Between Friday and Monday, she dropped 6 pounds!

The lesson to learn here is that if you’re dieting, use more than one tool to track your progress. It’s not all about the scale. 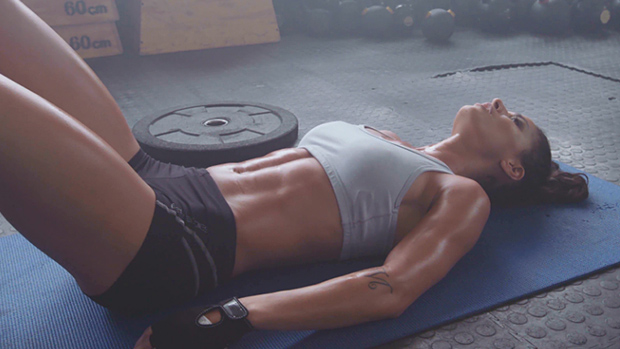 If you’ve dialed in your food, cardio, daily activity levels, and broadened your use of trackable metrics, but you still can’t see any change, then it’s simply a case of stepping up your game and picking your poison.

At this stage, we’ve got a few choices to create a greater calorie deficit. The key is to not pull every tool out the toolbox at once. Pick one:

This is the least glamorous part of busting through a fat loss plateau. Many people’s first choice would be to add a refeed or cheat meal into the mix, but these are actually needed a lot less than you think. There is a case for using them, but that’s a whole other topic.

Most of the time, you simply need to push yourself harder. In the most extreme cases of plateaus, sometimes you just need to suck it up, embrace the grind, and take yourself into a new place to create a transformational change.

Say No To Plateaus

A plateau can be a frustrating and everyone who’s after low single-digit bodyfat will hit one. The key is your response to it. Do you start making excuses and pack it all in? Or do you treat it like a challenge and face it head on?

Be results-oriented and choose the latter. Those who will get the best results are the ones who embrace the plateaus and find a way to grind through. The results are always on the other side.