Ever since the Olympics were played in ancient Greece, athletes have been looking for an edge. At that time, athletes used some very suspect compounds in hopes of increasing their strength, quickness, and endurance. They ingested various substances with the hopes of giving themselves even a slight advantage over other athletes.

Innumerable amounts of various herbs of questionable efficacy, quality, and consistency were swallowed by those interested in gaining that elusive lead on their opponents. In that respect, you can think of that period of time as being pretty similar to the 1980's.

The 80's were a time when steroid use was running rampant, and all anyone had to do was go to their local gym to pick up a few bottles of Testosterone or Deca. Unfortunately for those interested in using this route to obtain steroids, law enforcement – directed by a new governmental agenda – began cracking down on steroids. No longer was it just as easy to saunter into a gym and pick up your supply of steroids for the month as it was to buy a tub of protein powder.

At this time, steroids were becoming increasingly hard to get, and a huge black market was created as a result. Getting that edge on your opponents was becoming more and more difficult for the average athlete.

However, fast forward almost two decades, and that vacuum of availability was noticed by some entrepreneurs who saw the need for elite athletes to obtain steroids conveniently... and not get caught using them.

At around this time, Jason Giambi had been playing professional baseball for roughly half a decade. He'd dabbled with some Deca, which he'd been able to obtain at the gym, but still, even for an elite athlete, steroids weren't falling from the sky. With the benchmarks set by other powerful sluggers in the league, Giambi had to keep up. 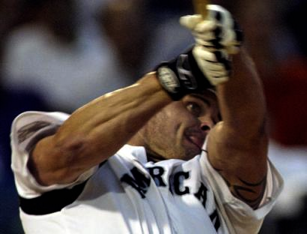 At this same time, Barry Bonds had been playing professional baseball for well over a decade, and his nagging injuries were beginning to add up. His joints were hurting and his base-stealing ability was dwindling. He had to do something about those problems, or start thinking about hanging up the cleats. 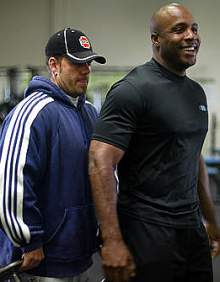 It was around this time that both of these men heard in their respective locker rooms about a place that specialized in optimizing performance (wink wink) by a variety of highly advanced techniques (nudge nudge). This is what led each of them to BALCO labs and Victor Conte. 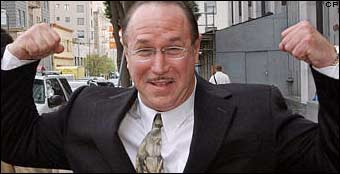 What follows won't be the typical story you've heard over and over again in the media.

What's to follow will be an analysis of each ballplayer and what compounds he probably used to enhance his performance and avoid the possibility of testing positive for any banned substances. Each compound was used for a specific reason with the athletes involved, and each compound was used in a specific order to maximize efficiency and get the respective athletes the results they were looking for.

BALCO Laboratories first tested and spoke with each athlete to assess his goals and his nutritional and training status. This wasn't your typical locker room drug deal going on here, but rather a tailor made program of integrated nutrition, training, and pharmaceuticals, designed for maximum efficiency. 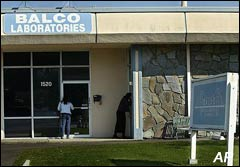 Let's take a look at what each athlete was (probably) getting, based on the BALCO legal investigation, as well as the testimony from both men.

The compound I'm reasonably sure all of the BALCO athletes were getting was known as "The Cream." This compound is a mixture of Testosterone and epitestosterone, and as such can't be tested for on standard drug tests searching for exogenous Testosterone.

This compound was applied transdermally to the athletes as a cream which was custom made for BALCO. I'm also speculating that cream was used for this purpose because it provides the most even and sustained release of any delivery method available (no peaks and valleys, and a very gradual tapering off of elevated blood plasma levels). Unfortunately, only about 10% of the drug in the cream will make it through to the bloodstream.

I'll also guess that the epitestosterone in this cream was actually dosed a bit higher than the Testosterone. This would allow Giambi to use the much more potent injectable version (which he admitted to doing) and still test with an acceptable ratio.

So, we know that both Giambi and Bonds used good ol' reliable Testosterone in their cycles, but that according to both of their respective testimonies, Giambi injected Testosterone (Cypionate) and used the cream, while Bonds only used the cream.

Whether it was via the cream or a needle, we know that Testosterone is going to make you much bigger and stronger. Both athletes certainly showed improvements in those areas while under BALCO's supervision.

The second item both men used came in another relatively odd form: a sublingual liquid. When we think about sublingual steroids, only one immediately jumps to mind: Cheque Drops. Certainly these two men weren't using that. So what were they using?

They were using another 19-nor-testosterone derived steroid called tetrahydrogestrinone, or THG for short. This was known in BALCO jargon as "The Clear." THG was allegedly produced for BALCO by Patrick Arnold, whose name should be familiar to T-Nation readers as the chemist who first brought androstenedione to the American market many years ago.

[Editor's note: While Arnold is generally credited with being the first to sell Andro in the United States, the prohormone was a regular part of the East German Olympic team's doping protocol in the early nineties.] 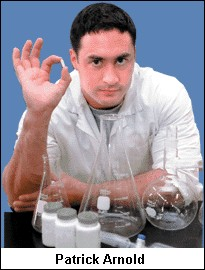 THG is structurally related to Gestrinone, an unregulated steroid that has no anabolic properties. However, when you ethylate it (in this case adding four hydrogen atoms to the ethynyl group), you get a very potent anabolic agent. It remains a progestin, just like its parent compound, so the progestational effects ought to have helped with Bonds's ailing joints, while the anabolic effect of this compound should've added noticeable strength gains.

THG is resistant to aromatization and is a 19-nor steroid, leading me to believe it would behave very much like Trenbolone. In fact, when I look at the dosing protocol (only a few mgs/day), it reinforces my beliefs greatly, leading me to conclude that it would actually be very similar to methylated Trenbolone (Methyltrienolone, R1881), only far less toxic.

Strength gains from it should be unreal. And judging from the way Giambi and Bonds were piling up homeruns, they were. Since this steroid was made from an unbanned substance (Gestrinone), it wasn't even looked for on typical drug screens – another homerun for BALCO.

It would appear that the two men differed at this point, with Bonds taking nothing beyond the Cream and THG while Giambi opted to take additional growth hormone with insulin, and using some Clomiphine Citrate in between cycles to help restore natural function of his hormonal system. Of course, gains from growth hormone will be nearly permanent, and it acts in a synergistic way with both injectable Testosterone as well as insulin.

So for Giambi, this was an easy decision to make. He went for the BALCO "Deluxe Package" it would appear.

Well, let's take a look at both men's homeruns for each season for the decade prior to now (not including this season):

Below is Barry Bonds's and Jason Giambi's homeruns per year for the last decade. The year they were estimated to have started using steroids is asterisked while the year of the BALCO scandal is marked with a tilde (~).

We can see a clear rise with the use of steroids. But, there was no decline to below pre-steroid levels when these guys got back into playing a full season (2004 for Bonds and 2005 for Giambi). Bonds still hits much better (hitting about a third more homeruns per year!) than he did pre-BALCO. 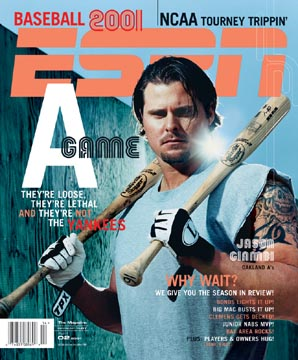 How's this possible? Well, look at what the men were hitting pre-BALCO. It's nothing to sneeze at. Let's not forget a few things here: both men were all-stars, and very good ballplayers for the last decade, regardless of anabolics.

They're smart, patient, and can garner homeruns just by working strike/ball counts in their favor and forcing the pitcher to throw what he doesn't want to throw. If the pitcher doesn't comply, then usually there's a walk and a man on base. Nobody wants to let either of these two ballplayers smack one out of their park.

Both men can hit righties and lefties well and can cut the stroke with power to the opposite field. Their timing and intelligence as batters is legendary.

Another factor may be the compounds they used. As for Giambi, GH and insulin produces very nearly permanent gains, and the Clomid he used would certainly help his recovery from the anabolics, which suppressed his natural hormonal levels.

Both men were using a sublingual (non-estrified and non aromatizing) progestin (THG), which would've been in and out of their bodies very quickly, having gone in and out with an active life of less than a day. I suspect recovery from it would be very quick because of the short active life.

The other substance on their training table, the cream they applied, would've had a very gradual onset and taper off, allowing for a smooth landing and not the usual crash people experience when coming off anabolics.

Let's also not forget that steroids can produce very long-lasting gains. With proper maintenance, they'll stick around for a long time, especially when proper compounds and protocol are utilized. 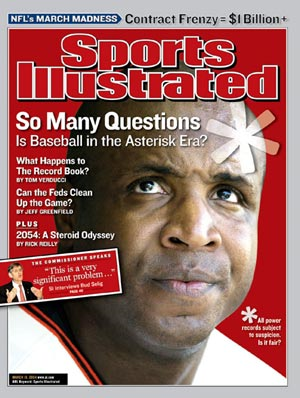 [Editor's note: Despite the author's name, he is not related to Bill Roberts.]

Behind every champion is a trusted coach who's savvy about drug use. T Nation talks shop with a physique competitor's secret weapon.
Living Better, Pharma, TRT
Bryan Krahn August 18