Ground pepper – the stuff you find on any and every dining room table – was once so revered that it was used as currency. Archaeologists even found black peppercorns (from which ground pepper comes) shoved in the nose of Egyptian ruler Ramses II.

It may have been just to keep the ants out of old Ramses' nose, or maybe it was the last mischievous act of a vengeful rival rather than some sign of how valued peppercorns were. Still, it's clear that pepper has a long and storied history. Largely lost in that history, though, are some of pepper's impressive biological effects.

Here are 5 reasons you should stop mocking the poor bastard who has to carry that big, dildo-esque pepper grinder at the restaurant and instead ask him for a couple of extra hits:

Just about anything that comes from a plant is full of antioxidants, curbs inflammation, and fights cancer, so black pepper also has all that going for it. It's also high in minerals like manganese, zinc, magnesium, and iron, as well as Vitamin K, although you'd have to take a lot of pepper to get any appreciable amounts of those nutrients.

Malaria parasites in the bloodstream don't seem to like black pepper at all, either.

Black pepper is available crushed, ground, or as whole peppercorns. While the ground or crushed variety only has a shelf life of about three months, whole peppercorns last practically forever. In fact, if some of them fall out of an Egyptian mummy's nose, feel free to grind them up and use them.

To really get the most out of pepper's attributes, you should strive to use about a teaspoon a day. That seems like a lot, but if you literally spread it out over a few meals (on eggs, sandwiches, meat, or even unorthodox foods like oatmeal or even a cookie), you can easily ingest that much.

Have you ever been in a health food store or drug store and found yourself staring at a multivitamin bottle and wondering what do all these "ABC's" do and how much of each do I really need? Hell, I have.
Feeding the Ideal Body, Nutrition & Supplements
Douglas Kalman June 15 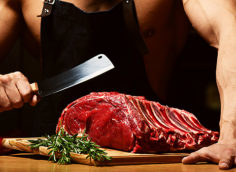 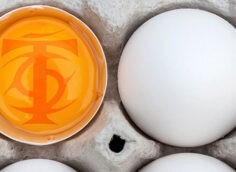