Everyone has an opinion about protein, and the myths surrounding it are rampant. That's why sorting the facts from the crap will lead to better choices regarding your own diet and protein intake. Answer the questions below and see if you've been falling for the myths.

The RDA (Recommended Dietary Allowance) protein suggestions are just fine for people who work out.

Hint: The RDA guideline for protein is 0.8 grams per kilogram of bodyweight per day. So if you weigh 190 pounds (86 kilograms) you'd need about 69 grams of protein.

The Answer: Lifters and athletes concerned with their performance or physique require more protein than what's recommended by the RDA. So it's a myth (and a joke) that the RDA protein recommendations are adequate for ass-kicking individuals.

Here's Why: RDA protein recommendations are too low for certain groups. Those recommendations were never intended for people attempting to enhance performance, maintain, or gain muscle. In fact, a higher protein intake may have positive benefits regarding different health ailments including obesity, type 2 diabetes, osteoporosis, heart disease and muscle wasting.

The RDA guideline reflects the minimum daily needs of protein required to maintain short-term nitrogen balance in healthy, moderately active people. Nitrogen balance compares the amount of nitrogen coming into the body (from dietary protein) to the amount being lost. It's often used as a measurement of protein balance since protein is 16 percent nitrogen.

Nitrogen balance studies often involve examining urinary nitrogen levels. Approximately 90 percent of the nitrogen in urine is urea and ammonia salts – the end products of protein metabolism. The remaining nitrogen is accounted for by other nitrogen-containing compounds.

This nitrogen balance method is useful, but it has problems: Urine collections tend to underestimate nitrogen losses, dietary intake tends to be overestimated, miscellaneous skin and hair losses are prone to error, and the response to increased protein intake varies tremendously.

In addition, the goal of the athlete should be considered. Leaner athletes or those having a primary goal of maintaining maximal FFM should aim toward intakes approaching the higher end of this range. Even higher levels of protein than those recommended in the review are not uncommon in exercising individuals. It's unlikely that negative health consequences will follow from higher levels of intake, assuming there are no related health problems that would suggest limiting intake.

The thermic effect of protein is the same as it is for carbs and fat.

Hint: The thermic effect of feeding or diet induced thermogenesis (DIT) is the amount of energy your body has to expend in order to digest and assimilate food. So picture a lean chicken breast (mostly protein), a bowl of rice (mostly carb), and tablespoon of butter (mostly fat). Which do you think your body will have to work hardest to digest?

The Answer: Among the three macronutrients, protein ranks highest in diet induced thermogenesis. So it's a myth that they're all equal in terms of their thermic effect. That means it'll cost you more calories to digest and absorb protein than it would fat and carbohydrate.

Here's Why: The consumption of protein requires an expenditure of 20-30% of the calories derived from protein. So, if 200 calories of protein are eaten, 40-60 calories are burned during digestion. DIT from carbohydrate is 15-20% and 2-5% for fat. 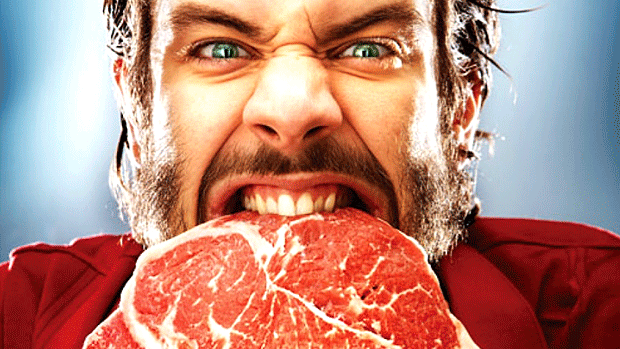 Protein is more satiating (filling) than fat or carbohydrate.

Hints: Protein has an influence on CCK (cholecystokinin) and ghrelin. Protein may stimulate cholecystokinin (CCK) and decrease ghrelin. CCK is secreted mostly from the inner layer of the gastrointestinal tract has been shown to act as a satiety signal. The satiating effect of CCK was first demonstrated when administering CCK to rats. It "dose dependently" reduced meal size. Ghrelin is produced primarily in the stomach and has appetite increasing properties. Ghrelin levels are relatively high prior to a meal and they decrease after a meal.

The Answer: It's a fact that protein is usually more satiating than fat or carbs. When comparing protein, fat, and carbohydrate, protein is generally reported as the most satiating (satisfying to a point of full or beyond) and fat as the least satiating.

Here's Why: Research indicates that one of the primary factors involved with the satiating effects of protein is the thermic effect of feeding, mentioned above. Though protein's influence on ghrelin and CCK may play a large role in its satiating effects, more research needs to be conducted in these areas, as findings have been indecisive. Future research should concentrate on different levels of protein, different types of protein, and consumption of proteins in short and long term.

The research sometimes gets a little messy. For example, some studies are indecisive when it comes to protein intake and ghrelin levels. This is why you need to rely on your own reasoning, logic, and experience while gathering info from the research. 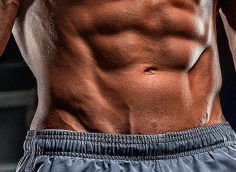