For fat loss, what's one of the biggest mistakes that even experienced lifters make? It's this: getting into a caloric deficit by using mostly caloric restriction.

Wait, what? "Caloric deficit" and "calorie restriction" are kinda the same thing, right? Well, yes and no.

But a caloric deficit doesn't just mean eating less. It means consuming less energy than you're USING every day. You can create a deficit by reducing food intake, increasing activity levels, or both.

Look at the two situations below: 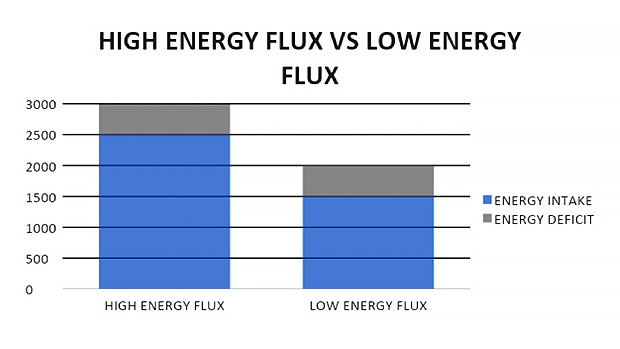