Complexes (blocks of exercises) can be used for several goals: fat loss, strength and power gains, and building high-performance mass. The Soviets used two exercises in their complexes – one strength-movement and one power/explosive movement to hit both extremes of the strength curve.

Instead of training only two points on the force-velocity curve, I train five points. I call them star complexes and explain them in detail in my 6 Weeks to Superhero program.)

Each complex involves five exercises of the same movement pattern. The exercises are performed back to back, starting with a heavy/slow movement as the first exercise. Each subsequent exercise is lighter in resistance than the previous exercise. This allows for progressively faster rep speeds as you move from exercise to exercise. Here's an example using the squat pattern:

The trap bar is now considered must-have gym equipment. Here are some cool variations to help you get the most out of it.
Deadlift, Training, Traps
Ben Bruno December 6 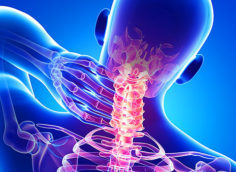 Lifting weights can be a pain in the neck. Like, literally. Here's how to fix it and prevent future problems.
It Hurts Fix It, Training
TJ Kuster September 26 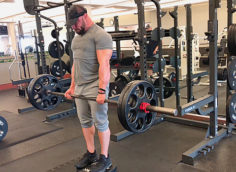 You need a strong posterior chain to deadlift big numbers, and it's hard to beat this lift to strengthen it.
Deadlift, Exercise Coaching, Powerlifting & Strength, Tips
Paul Carter December 20