But many people focused on building muscle are usually not interested in using weights so heavy that they can only do five or fewer reps. And that's fine. Doing some sets in the 6-8 rep range serves as a nice middle ground.

But Keep Rep Quality in Mind!

Training to maximize muscle isn't just about moving the weight from one point to another, as you would when weightlifting. It's about controlling the weight through the entire range of motion.

The point of emphasis on each rep is to avoid swinging the weight up or cheating by using other parts of your body to move the load. 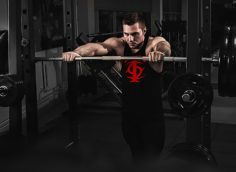 Fix your rounded back to feel, move, and look better. Here are three exercises that'll help.
Back, It Hurts Fix It, Mobility, Training
Maryann Berry May 4 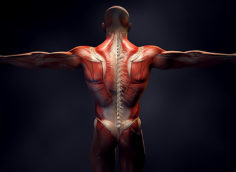