Powerlifting is a sport. There's a set of rules to make lifts comparable between competitors. The name of the game is to move the biggest load from a nominal point A to a nominal point B within those rules.

That means if you're using those three lifts (the deadlift, squat, and bench press) to get stronger for anything else, it's kind of like playing football in order to get generally fit.

Sure, you might improve a bit, but getting better at that specific sport isn't going to be optimal for your goals or cross over much to anything else. Becoming obsessed with powerlifting techniques won't guarantee the real-world strength benefits you're trying to acquire.

If you want to get strong and jacked for daily life, there are better lifts than the squat, deadlift, and bench press. Check them out: 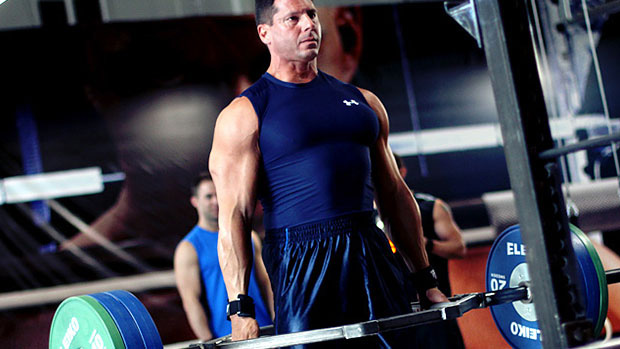 For most applications, trap bar deadlifts are the king of full-body lifting. They beat squats and conventional barbell deadlifts to pieces. Why? They're technically easier than either barbell lift, meaning more load is possible which means you get more stimulus.

In a barbell squat, the bar sits high on your back (even during low-bar squats). That means you have a really high center of mass and are intrinsically unstable. A slight loss of form means the bar will move off a vertical path and make you bend over into more of a good morning than a squat.

The limiting factor often becomes a lack of technical mastery, rather than systemic fatigue or fatigue of the muscles. That limits your adaptation to the workout – the whole point of training.

Now, there are those who will argue that you need to achieve mastery and that learning to barbell squat has its own benefits. Bollocks. That benefit only really matters when barbell squatting; it's too specific to cross over into much of anything else.

If you're not a powerlifter, then it's not worth the investment. Your time and energy can be spent smashing out good sessions on the trap bar, getting the stimulus to adapt, and making gains relevant to your life.

Trap bar deadlifts beat straight-bar deadlifts for most applications, too. You can get the natural balance between the ankles, knees, and hips that maximizes your strength, maximizes the load you use, and maximizes how much benefit you can get.

You can also stay in a generally safer position to do continuous work. By continuous work, I mean not completely putting the load down at the bottom of the lift.

You can choose to lift from a dead-stop or continuously. And you can do so safely and with more ease compared to straight-bar deadlifts. Learning to hinge safely around a bar (any type of bar) is definitely worthwhile for daily life and lifting awkward objects. But your "big three" should be all about maximum stimulus with applicable lifts. So trap bar deadlifts win here.

Be sure to add some hip hinge-based lifts to your assistance work, but get the big loads done with the trap bar.

The bench press is perceived a bit like the barbell back squat. It's reached a quasi-religious level of adoration and is valued beyond what's logical or justifiable.

That's where the landmine press comes in. Strengthening your body this way doesn't just get your upper body strong, it strengthens everything that supports it (from the ground up) in a relevant, applicable way. Here's coach Tony Gentilcore with a quick tutorial:

You'll get a major muscle and systemic stimulus from this because it's a big lift. It's better for shoulder health than bench pressing, too. 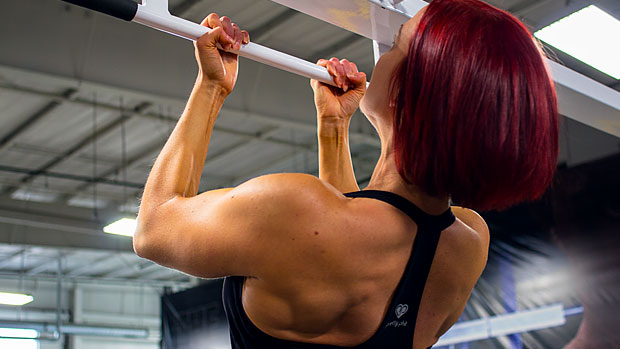 A lot of powerlifters become rehab patients. Why? Because becoming proficient in their sport often means developing huge muscle imbalances. It's possible to become such a specialist that you can't do anything else proficiently aside from the same lifts you always do.

It's almost like being Superman in one form of physical fitness and having a disability in all other areas. I'm not saying that's every powerlifter, but it's more than it should be.

A more balanced "big three" needs an upper-body pulling movement. There's nothing better than chin-ups. Done sensibly and progressively, they're great for shoulder health, upper back health, and neck health.

The underhand grip of a chin-up uses more muscle mass than the overhand pull-up, so it's a better choice for most. It's also more like a climbing pattern. You're pulling your own weight upwards like you would while climbing a tree, not pulling an external load downwards. It reflects how your body naturally moves and, as a result, it's more useful and healthier for your musculoskeletal system than a pulldown.

If you can't do chin-ups, then that should also tell you something your strength-to-weight ratio. If it isn't good enough for you to do chin-ups, maybe you need to focus less on how much you can pull off the floor and more on your body composition.

To get better at chin-ups, start with machine-assisted or band-assisted versions, then work up to doing your bodyweight.

Note: I don't think chin-ups with added load are necessary. I've played with them, but honestly, bodyweight is just fine. As the reps you can do go up, just reduce the number of sets and the rest periods. You'll still be able to work to fatigue and benefit.

If you're not doing any single-leg work, you're leaving a lot of size and strength gains on the table. Here’s why.
Bodybuilding, Legs, Powerlifting & Strength, Training
Ben Bruno March 20 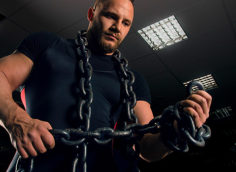 Looks hardcore, but if you're not a competitive equipped powerlifter, you don't need them. Here's why.
Training
Christian Thibaudeau January 22