The use of high-rep snatches and clean and jerks for conditioning must be evaluated in the context of the program. Are we using them for exercise or training? And does it really matter?

First, if an experienced Olympic lifter wants to use snatches and C&Js for conditioning or on a dare, sure, go ahead. An experienced lifter actually knows how to do them correctly. And he has had back position and lockout technique hammered into his head enough that these important factors will not erode that much with fatigue – the reps will just be rested longer in between.

For casual exercisers, CrossFit-types and the like, the calculation is a bit different. The vomit I see on the internet – complete lumbar flexion, everything pressed out, everything intentionally rebounded from the floor, all done under the watchful eye of some moron saying "Nice!" – makes me of two minds.

Part of me hopes the fools hurt themselves badly (after all, orthopedic surgeons gotta eat too), and part of me hopes their incompetent, stupid-ass coaches all die in a great Job-like mass of infection (boils, abscessed hemorrhoids, lungs full of fluid, etc.).

It's both an embarrassment to watch and a testament to the fact that apparently tens of thousands of people don't know what the fuck they are doing, and have no apparent desire to learn.

But Are They Good for Conditioning?

But the real question here is this: what do you hope to accomplish by doing high-rep snatches, done either correctly or incorrectly? And in either case, is there a better alternative, and why?

"Conditioning" is the use of high-intensity, longer-duration glycolytic exercise to elevate heart rate and respiration rate for the purpose of adapting to this type of work. Conditioning is a type of stress to which the body quickly adapts.

You know this is true if you've been paying attention. It doesn't take an already-strong person more than three or four weeks to get back into very good condition if he has somehow lost it. But it takes a distance runner a couple of years to get strong if he's never been strong before.

Using high-rep, light-weight "snatches" and "clean and jerks" for the purpose of conditioning is rather pointless, in that these two technique-dependent movements break down under fatigue, especially for a person for whom technique and strength has not been previously established.

For everybody that does them, doing high numbers of reps with light weights and bad form adapts you to doing precisely that: lots of very light reps, done wrong. So doing them this way can't possibly make you better at doing snatches and C&Js, it can't make you stronger, and there are much better and safer ways to do conditioning... when it's time to do conditioning.

So Why Do Them? 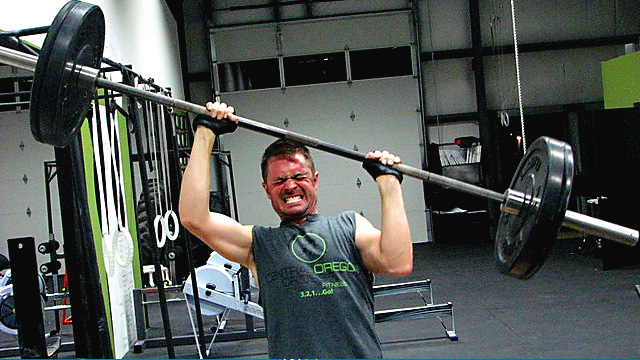 Because the "WOD" says so? Because they're "fun"? Because everybody else in the class is doing them, so you have to? Because they "gas" you? Because you want to get "smoked" with a movement that isn't boring, because you're not "tired" of doing them yet because you haven't practiced them enough to really even have any idea at all about how to do them correctly?

If this is the case, you're not training the snatch and the C&J anyway. You're just exercising with them.

From Exerciser to Trainer

What's the difference? I'll refresh your memory. Briefly, capital-"T" Training is the process of driving a physical adaptation in a specific direction for a specific purpose, while capital-"E" Exercise is what we do for the way it makes us feel today: before, during, and after the workout itself.

For most people – housewives, car salesmen, fat people, the dull and torpid – Exercise is enough. It's better than sitting on your ass. But at some point, some of these people will graduate to Training, and when this happens, planning must occur.

Planning means that there will be lots of days when your workout doesn't make you feel like you want it to, but because you're now Training, you do it anyway, because it's part of the process that generates the result for which you planned.

If you want to do conditioning effectively, push the Prowler, run some hills, or do some sprints. They're easier to dose accurately, they don't make you look like an inexperienced fool, and they lack the injury potential of rounded-back, incorrectly-locked-out-overhead, bounced-off-the-floor barbell movements.

They are a much better alternative because they can be programmed into your Training. If you want to do some explosive conditioning work that won't be detrimental to your shoulder and back health (and your self-worth), do some kettlebell swings or some dumbbell snatches. Leave the Olympic lifts to the Olympic lifters.

But if you just want some Exercise, enjoy yourself, make sure you pay your gym dues, and everybody will be happy.

Five warm-up routines and stretches that do more harm than good, plus some better ideas.
It Hurts Fix It, Mobility, Training
Nick Tumminello April 15 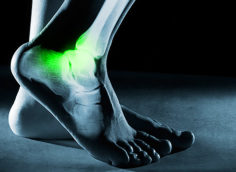 If you train at home (or can be sneaky at the gym), here's why you should ditch the shoes when squatting and deadlifting.
Training
TJ Kuster September 18