Newbies in the gym do things that make us want to pound the snot out of them. But instead of doing that, let’s help them out.

As a beginner, a big part of development isn’t just what you’re doing in the gym, but also the habits you create during this time. One of them is the ability to be consistent with a program and not hop around from routine to routine like a clown on a pogo stick when the gains slow down.

Being a beginner is great because it’s one of the few times in your lifting life where you can lose fat and gain muscle and strength all at the same time. You don’t even have to do things very efficiently either. You could even be one of those idiots that does shoulder presses using the leg press machine and still make some gains.

Of course, that’s kind of a problem too, because if a beginner doesn’t know any better, he’ll blame his program when progress starts to stall a bit. His eventual lack of progress isn’t because the routine stopped working, though, it’s because his motor skills are improving and his body is adapting to the stimulus. As such, growth slows dramatically.

Newbies, even the ones focused on bodybuilding and pure hypertrophy, still really need to concentrate on developing efficiency in basic exercises and progressive overload (adding more weight). Just doing those things will bring a significant amount of muscular gains. Concentrate on these basic exercises: 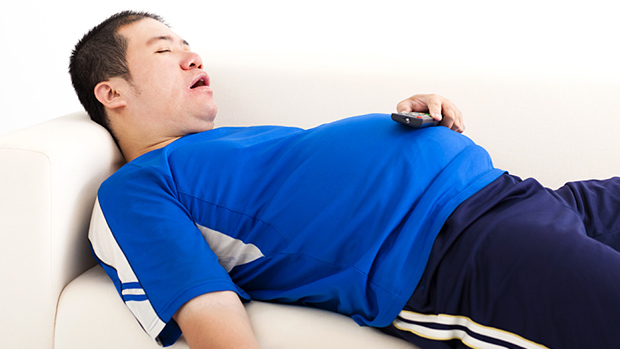 If you’re a young guy with an “I ate McDonald’s last night until I almost threw up and still woke up with abs” metabolism, and you’re trying to gain mass, then power-shoveling calories will probably be in order. If you’re not that guy, and you’re probably not, then you may want to rethink your strategy.

Your metabolism starts to slow down by about 2% per year, on average, in your mid-20’s and continues to slide from there on out. Depending on the age you start lifting, and your current degree of natural conditioning, power shoveling may not be the greatest idea.

Too many guys think they can force feed muscle growth, but it’s simply not the case. Ask anyone who’s done a very long and serious bulk. And by serious I mean they busted up into two bigger pants sizes. What often happens is that when they decide to diet back down, all this muscle they thought was there was just fat.

Realize that after the first 10-12 months of training, the mass gains will come slower and slower, and no amount of food is going to speed it back up.

Just like being consistent with a program is vital for developing good training habits, learning how to feed your body properly to meet the needs for growth, without excessively overfeeding it, is key.

Fat cells are estrogenic, and the last thing you need when trying to turn yourself from scrawny to brawny is to make yourself a walking ball of estrogen slop. Additionally, the more fat mass you pack on, the worse your nutrient partitioning becomes due to reduced insulin sensitivity. A proper insulin response to carbohydrate intake is vital for continued mass gains.

What we’re left with is the understanding that more body fat means:

Add all that up and it equals the antithesis of an efficient muscle-building environment.

How to Stay Lean and Build Muscle

Now, you don’t have to stay ripped year around, but you absolutely can stay lean and pack on quality muscle by doing the following: 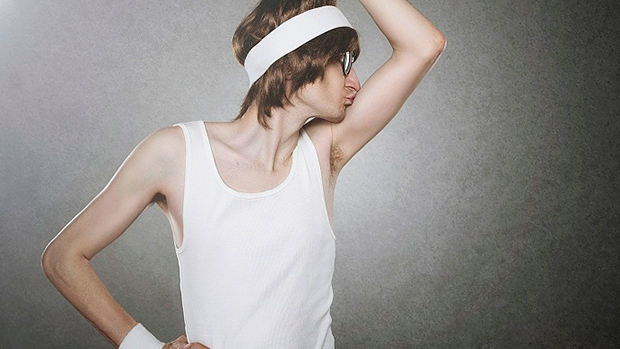 3 – Trying to Get Ripped While They’re Still Skinny Shits

After a few months of training, a lot of beginners can finally see their biceps and a little bit of back muscle in their over-the-shoulder selfie pics. They then proclaim that it’s time to get ripped for summer or vacation.

I know you think because you’ve been going hard for six months that you’re going to do some 12-week diet and fancy routine with a lot of ab work and you’re going to hit the beach looking like the Californian version of King Leonidas, but it’s not gonna happen.

If you start dieting strictly after a few months of training, or even a year, there’s not going to be enough muscle on you to avoid the dreaded skinny-fat look you surely want to avoid.

If, however, you adhere to the nutrition advice above, and are patient and keep clanging and banging in the gym, you’ll know when it’s time to diet. And it’s not when your significant other remarks at “how big you’re getting.” It’ll be when strangers notice your jackedness. And that may take a while.

Remember that when you diet, there’s usually some muscle lost. The fatter you are, the longer the diet needs to be in order to get lean, which often results in more lean tissue loss than is desirable.

This is the absolute best time to train often because your ability to recover is going to be the highest it’ll ever be. Now understand, this doesn’t mean marathon training sessions. It means training often.

Training kicks off muscle protein synthesis. The more often you can do this, without putting yourself in recovery debt (for a beginner that simply means avoiding 3-hour workouts), the faster you’re going to grow. Training 5-6 days a week is great because if the training plan is even somewhat intelligent, you should see changes happen very fast.

Using the training recommendations I made earlier, a beginner would be well served doing the following:

Other Things to Keep in Mind