At T-Nation, the citizens play a big role in shaping the community. Your opinions count! Recently, I made a post asking readers what they wanted my next article to be about. I got a deluge of responses, but the topic of General Physical Preparedness (GPP) kept coming up.

Ask and you shall receive! Let's take a peek inside my top secret GPP files.

Early in my training days in Chicago, I befriended a chap named Tim. Most of you probably aren't familiar with Tim, but I can tell you that he was a stud in this industry. He virtually monopolized the professional basketball industry with his efficient and effective training methods. His list of clients read like any trainer's dream: Scottie Pippen, Juwan Howard, Rod Strickland, and, oh yeah, a fella named Michael Jordan.

I'm sure you can recall Jordan's metamorphosis from a weak, skinny player to a ripped, muscular force that could easily dunk over monsters such as Patrick Ewing and Hakeem Olajuwon. Michael's newfound strength and increased performance was directly due to the magic of Tim. Word around the campfire was that each one of Tim's clients paid him more for a single month of training than most people make in a year. And you know what? His clients seemed happy to write the check!

Luckily for me, Tim is a good guy and he didn't mind if I peeked over his shoulder once in a while to analyze what he was doing with his clients. (Every now and then, he'd give me a nod and tell me that I was a good kid and I'd make it in this industry someday.) One of Tim's clients in particular really stuck out in my mind. This dude was 7'1" and massive. I'm not referring to "massively muscular" ­ just massive. He carried an enormous amount of body fat on his huge frame, but he also possessed some serious natural talent.

The problem was, this fella was completely out of shape, and not the most motivated person in the gym. Tim had his work cut out for him. The first few weeks of this big dude's regimen consisted of little more than walking on the treadmill at a brisk pace followed by some court drills. I knew what Tim was doing, and luckily for his client, Tim knew what he was doing too. Specifically, he was training the big guy to improve his GPP levels.

Without an adequate "base" of fitness, this monster wasn't going to be able to jog across the room without having a coronary. But Tim's plan worked. Before long, the big guy was two-steppin' all over the court!

Once I established a name for myself, I became too busy to help many of those who sought out my advice. My schedule was just too packed. But one guy in particular was very diligent. I'll refer to him as "Joe."

Joe would frequently approach me and ask if I had any openings in my schedule. Since I didn't, I always turned him down. But what's interesting about this fella is the fact that he was about 70 pounds overweight. At that stage of my career, I no longer worked with obese individuals due to my demand from athletes?but I still felt kinda bad for the guy because I knew he was trying.

So one day I approached Joe and gave him some quick advice. I pointed to the leg press machine in the corner and then I pointed to the tree of Olympic plates. I told him that I wanted him to load every 45-pound plate on the leg press machine (20 total plates). Then, I told him to remove every plate and put it back on the plate stand. After that, I told him to catch his breath for a few minutes, then repeat the process nine more times with three to four minute rest periods between each load/unload task.

This advice made him scratch his head and with a dumfounded look reply, "Huh? Don't you want me to do any exercises?" I told him to talk to me after he finished his task.

About 30 minutes later, he walked up to me with a candy-apple red face and a sweat soaked T-shirt. He now understood. I told him to perform the GPP routine three times each week, and to subsequently get his diet in order. Six weeks later, he contacted me and told me that all of his pants were too big and he was feeling better than ever. He still had a way to go, but we'd made a good dent.

The leg press load/unload task provides two major benefits. First, it challenges virtually every muscle group in the body. Second, it clogs up the leg press machine so lifters are forced to perform squats on leg day!

Obviously, this was just the first step to transform this fella, and most of you aren't 70 pounds overweight. But, my point is this: no matter if you're an athlete or pushing obesity, effective GPP training doesn't have to be complicated. Tim didn't make it complicated and neither do I.

The Purpose of GPP Training

Improving your GPP will assist you in virtually every aspect of training. Some of the more important qualities GPP training improves are: cardiovascular fitness, active flexibility, stability strength, and maybe even balance (if balance can be trained). That's definitely more than most types of training can say! So, let's get to the program!

I'm a big proponent of GPP training on your non-weight-training days since it really improves recovery rates. An adequate GPP program will act as active recovery sessions in conjunction with your weight-training program. Therefore, think of this program as a supplement to your current weight-training program. In other words, your "off" days no longer consist of hanging out at local beer joint. (Okay, I'll still give you one day that consists of no training whatsoever.)

I have most of my clients perform hybrid GPP drills. Now, these might sound complicated at first, but in reality, they're super simple. Just read through the descriptions carefully and they'll make sense once you give them a try. Hang on tight! Here we go!

That's it folks, pure and simple but extremely effective. Obviously, I can't choose perfect parameters for all readers, so I chose guidelines that are adequate for an intermediate-level trainee. If you find that the routine is too tough, extend your rest periods by 15 to 30 seconds instead of shortening your work periods.

I've let out a few of my GPP secrets that are akin to a half-dozen raging bulls coming out of the shoot-gate. You can thank the T-Nation for this one. Now get to it! 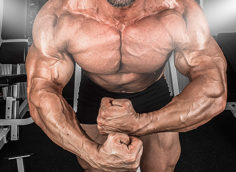 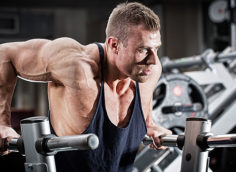 Use these pushing progressions to work up to the most challenging exercise. You'll build a bigger chest in the process.
Training
Tanner Shuck April 2

A strong core is a requirement for the big lifts. Strengthen and build yours with this exercise.
Abs, Exercise Coaching, Tips
Jason Brown June 20
Here's a nasty little exercise we picked up from a couple of competitive arm wrestlers.
Training
T Nation October 5