This approach allows you to train 4-6 times per week, hitting each muscle group at least twice per week. This provides the higher frequency and volume required for superior gains. While this approach is good, it could be better. With the classic layout above, you’ll quickly become victim to specific fatigue, and specific fatigue will force you to utilize a lower intensity, which will compromise results.

Specific fatigue means that a lifter will experience fatigue in specific muscle groups. If you look at example day 1 above, you can see that you’d likely accumulate a significant amount of specific fatigue for the shoulders, triceps, and quads (and from a joint perspective, the elbows). Similarly, day 2 would result in specific fatigue of the forearms, biceps, lats, hamstrings, and wrists.

While specific fatigue, or more accurately, metabolic stresses, can be a positive when it comes to muscle hypertrophy, specific fatigue is also likely to negatively impact the most important factor to strength and size gains: mechanical tension. Mechanical tension is maximized from the use of high intensities – lifting heavy stuff.

Going back to the day 1 example, when your shoulders and triceps are fatigued, it’s difficult to put up an appreciable amount of weight during compound pressing variations that create high mechanical tension, such as the bench press or overhead press.

Looking at day 2, you can imagine the difficulty pulling repetition maximums on movements such as any pull-up variation, row variation, or deadlift variation as you’d likely have a pair of forearms that feel like they might rip with your next effort.

While we can agree that specific fatigue is one mechanism responsible for muscular growth, compromising the intensity you can use during high-yield compound movements isn’t a good idea when you want to maximize strength and size. In order to still train on a full-body push-pull split, and keep the specific fatigue of the smaller muscle groups from limiting your intensity, try the following revamped, more logical split. 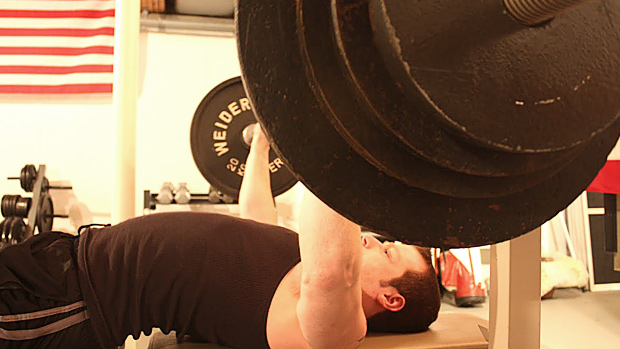 The Next Gen Push-Pull Split

This format allows you to maximize the benefits of a push-pull split without compromising overall progress. You’ll be able to train the compound lifts with a higher overall frequency and volume, and you’ll also be able to maintain a high intensity with every session as the specific fatigue will be much less than that of the classic push-pull split.