Designing your own resistance training program can be about as confusing as organic chemistry, or trying to figure out why Britney Spears married Kevin Federline. (Seriously, what's up with that?)

Sadly, most "newbies" look at the free weight section of the gym and run the other direction. Or worse yet, they wander over to the Smith Machine or the Cybex circuit. I'll be the first to admit that it can be an intimidating place, but as with every new thing you learn in life, you have to start somewhere.

With that being said, the purpose of this article is to introduce newbies to the concept of training movement patterns and not muscle groups. It'll also teach them to set up a resistance training program that incorporates strength, mobility, flexibility, and injury prevention.

Before you know it, designing your own programs will be as easy as riding a bike. Let's get right to it!

"Stupid Is As Stupid Does."

This particular quote has a lot of relevance to everyday life. We all read, see, or hear a lot of stupid things on a day-to-day basis:

However, there aren't many places where I see more stupid things than in the gym. Guys using weight belts while performing lat pulldowns; a clan of frat boys all wearing wife beaters while doing lateral raises in front of the mirror while giving each other high fives; women reading Oprah magazine while performing leg extensions. Aside from the fact that all of the above are pretty lame offenses, none are quite as lame (or stupid) as a poorly designed training program.

Through no fault of their own, the majority of people just don't know any better, and many will blindly follow some program that they read in a magazine that will lead to less than optimal results. While I give full credit to anyone who goes to the gym on a consistent basis and trains hard, I feel that many could benefit from a more efficient method of training. More often than not, that entails an overhaul of their program design.

Many people make the mistake of dividing their training into an "arms day" or "chest and back day" or "legs day" or a "quadratus lumborum day" using a handful of isolation movements or machines in the hopes of getting a good training session in. In the grand scheme of things, this is a very inefficient way to train for a plethora of reasons:

Most people generally train the muscles that are the most fun or easiest for them. Watch most men in the gym and you'll find that 95% of them will be training either their chest or arms. Every single bench will be taken, yet the squat rack always seems to be free.

It's great for me because I never have to wait to use anything when training myself or when I'm working with a client. Regardless, guys love to train the "beach muscles" and as a result, most end up with horrible imbalances which lead to shoulder impingement syndromes, acute or chronic lower back pain, horrible posture, and an epidemic of legs that look smaller than Nicole Ritchie's.

By utilizing movement patterns, you'll alleviate many imbalances and weaknesses that can often be attributed to poor program design. Not to mention it'll save you from a few "chicken legs" jokes. 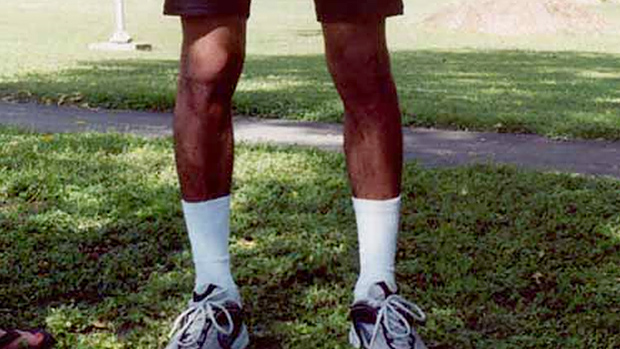 All this guy needs is the Colonel's 11 secret herbs and spices.

By using a body-part split, people will often go seven to ten days before they train the same muscles again, which isn't a conducive way to make progress. Long story short: training in this fashion is archaic and profoundly inefficient.

3 – Focusing On the Smallest Muscles

Speaking of efficiency, why train just your arms in 45 minutes when you can train your entire body in the same amount of time? I'll often see guys with 40+ inch waists doing 15 sets of biceps curls and then call it a day. Why? What's going to burn more calories: training a muscle the size of a baseball or your entire body?

What's going to make you stronger: spending 30 minutes on your calves doing various seated and standing calf raises, or spending those same 30 minutes doing 5 x 5 deep squats and pull-ups where you'll essentially train your entire body (including your calves)? What's going to cause more lean body mass (LBM) gains and, as a result, more fat loss: spending time on those hip abductor/adductor machines or spending that same time perfecting your deadlift form?

People just aren't very efficient when it comes to their training, and utilizing a body-part split is one of the biggest culprits. That's not to say that splits don't have their place, but more often than not, that time can be better spent in other ways.

4 – Using Too Many Machines

They really serve no purpose in any resistance training program outside of a rehabilitation setting (and even that's pushing it). Let's take the prone leg curl for example, a staple hamstring exercise in most training programs.

The hamstrings serve as both knee flexors, hip extensors, and are also an eccentric resistor of knee extension during sprinting. Leg curls work knee flexion, in a nonfunctional capacity (you're on your stomach, curling a weight in a fixed plane of motion).

I can't think of a sport or an "everyday event" where you're going to have to perform that particular motion. As such, machines do very little as far as improving inter- and intramuscular coordination, and they do nothing for improving core strength.

The majority of trainees could benefit from a simple guide where they can learn how to balance their training in a way that will:

Rather than dividing your training into muscle groups using seven different machines for one muscle, try to incorporate more compound movement patterns into your repertoire that allow you to train several muscle groups at once using dumbbells and barbells. The following is a simple guide.

You could also include reverse band presses and chains if they are available. 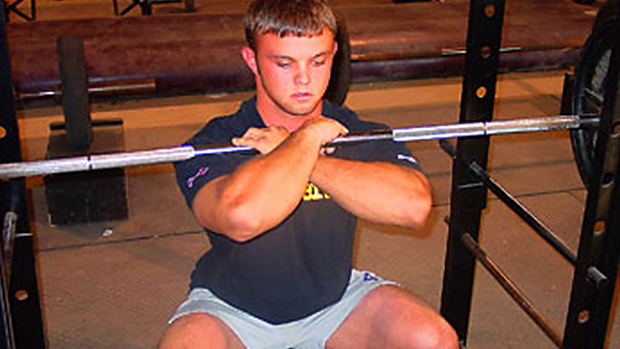 This could constitute an article alone, but it stands to reason that the majority of trainees generally do nothing but flexion movements (crunches) to train their core.

You can't fit all of these movements into one training session, so what I like to do is tell people to throw in one or two per session depending on what weaknesses/imbalances they may have, as well as taking into account what they did that day. For example, if someone performed squats, I certainly wouldn't recommend doing a trunk extension movement. Rather, I'd have them perform a lateral flexion and/or a rotation movement.

No matter how often I say that doing direct biceps or shoulder work isn't necessary if your program revolves around compound movements, I realize that people are going to do them anyway. Shoot, I even know a few powerlifters who still indulge in an occasional curl from time to time. I guess there's a little bodybuilder in all of us.

In any case, because I don't want everyone's world to come crashing down from Hammer Strength withdrawals, feel free to throw in a few movements to hit the body parts that you feel need the extra work.

Before I give a sample template to follow to help you design your own training program, I want to briefly talk about what you need to do before you train. To put it simply, if you aren't doing any form of soft tissue/mobility work prior to training, you're really shortchanging yourself.

Before I even touch a weight or before any of my clients touch a weight, I make sure to include some soft tissue work (foam rolling) to help with tissue quality, as well as a proper dynamic flexibility routine to help with mobility.

Foam rolling works wonders in terms of breaking up excess scar tissue, adhesions, and knots that accumulate in muscle tissue through years of sitting at the computer, watching television, and less than optimal program design. You can read 15 Ways to Foam Roll for more on foam rolling and its benefits.

Dynamic flexibility has grown in popularity amongst strength coaches and personal trainers in the past few years as the proper way to warm-up. With it, you drastically improve joint mobility by targeting "trouble spots" such as the glutes, hips, and scapula. Also, you prepare the body for movement by stimulating the central nervous system to handle the more dynamic nature of resistance training.

Compare this to the typical warm-up that most people do (five minutes on a stationary bike followed by static stretching), and you can see how dynamic flexibility is far superior. Eric Cressey and Mike Robertson go into great detail about this topic and explain the "why's and how's" in their Magnificent Mobility DVD.

Get to the Program Already!

Now all you need to do is structure your training so that you hit every movement pattern by picking exercises from the list above. I generally recommend that you keep your exercises the same for three to four weeks before you switch them up. I think many trainees make the mistake of substituting exercises on a weekly basis. They then have a hard time gauging progress.

The following is a basic three-day training split that includes all the above suggestions. This is just a very basic template, and by all means could be tweaked to fit your needs or goals (i.e. more core work, more scapular stabilization, curing chicken leg syndrome, etc.). But for the most part, I feel that it works well for most trainees.

In the end, designing your own resistance training program isn't as daunting a task as you might have originally thought. With a little thought and some tweaks here and there, I'm willing to bet that the majority of the newer lifters reading this will see some vast improvements in their strength, body composition, nagging injuries, and posture!